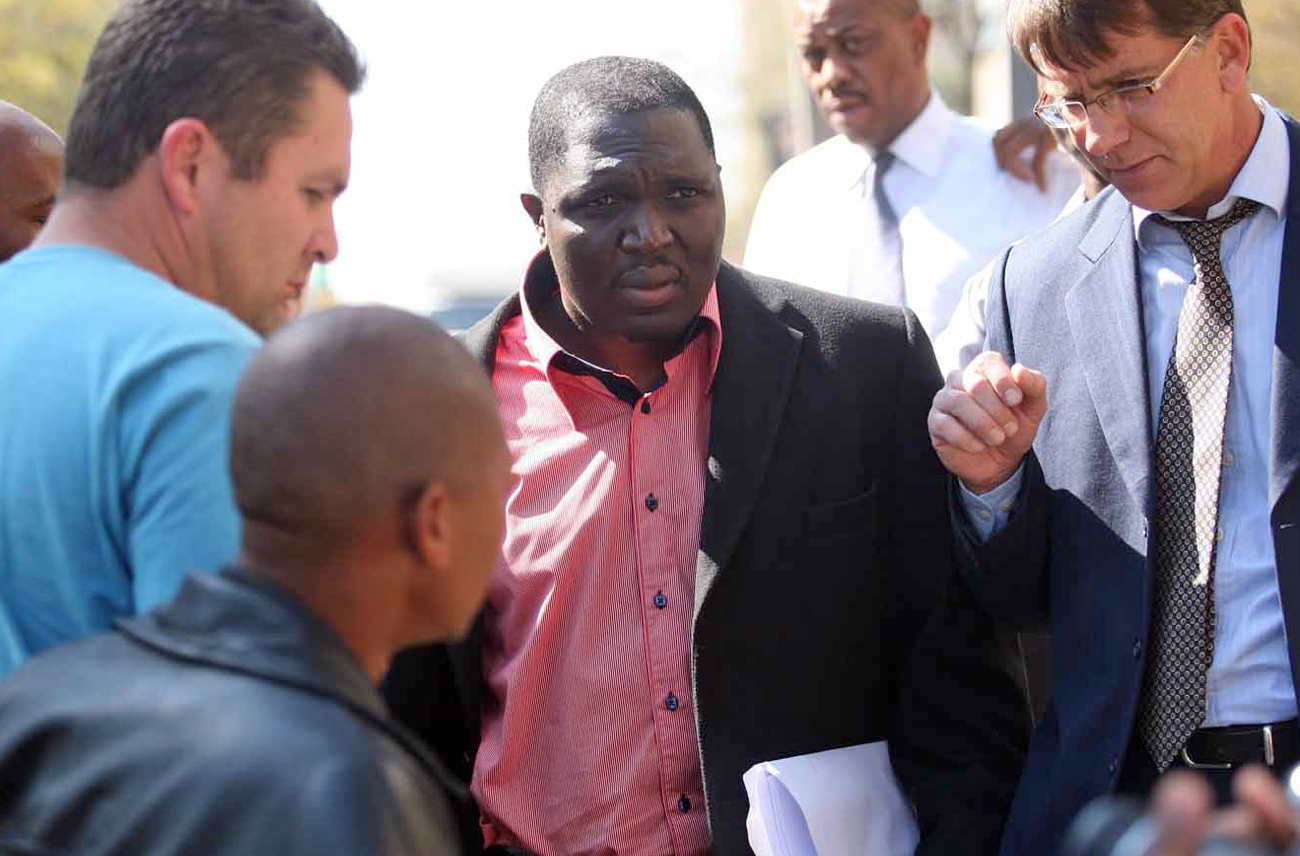 As we write this, the exact whereabouts of Mzilikazi wa Afrika are still unknown. Erik van den Berg, lawyer for the Sunday Times, says they know he was booked into the Watervalboven police station at 5:30pm on Wednesday. Then he was booked out. He has not been booked in anywhere else in Mpumalanga. Needless to say, this uncertainty really gives this story the fear factor. No lawyer has yet been to see Wa Afrika. Is that what the country ruled by the “greatest liberation movement” in the world has come to? This is behaviour reminiscent of one of the worst kinds of government – the one we thought we had relegated to history in 1994.

Strangely, the spin side of “Operation Arrest Wa Afrika” has been much quicker. The Hawks’ Musa Zondi (you ask why the Hawks were involved here – so do we) was on the radio, talking about Wa Afrika’s arrest, claiming it was a normal operation and that the arrest had nothing to do with Wa Afrika’s work as a journalist. Which then turned out not to be the case. In fact, he was arrested for receiving a fax that was supposedly Mpumalanga Premier David Mabuza’s resignation letter to SA President Jacob Zuma. After the Sunday Times checked with the Presidency and they claimed never to have received it, editor Ray Hartley decided not to run the story and it was spiked.

Perhaps someone realised that public perception matters when you arrest a journalist in the same way you would a serial killer armed with automatic weapons and on the run. But the awareness of public perceptions didn’t go far enough to arrange for Wa Afrika’s appearance in court or to let him see a lawyer immediately. If they needed to ask him a few questions, couldn’t they just have followed due process? No spin doctor in the world can fix such crude conduct.

Of course, none of that happened, and it is no surprise that the media is so concerned here. It took nearly 24 hours for police to even tell us where and if he would appear in court. And, according to Hartley, Wa Afrika’s  interrogation began at 2:30 this morning – hardly a standard time to sit down for a chat with a journalist.

Of course, political reaction has been fascinating. Mabuza released a statement last night, at the witching hour, saying he welcomed the arrest which, he claimed, was further proof of a political conspiracy against him, and that Wa Afrika was a journalist who had ignored the gains being made in the province.

Mabuza’s midnight statement told you all you needed to know about the province, and about how it’s governed.

It is clear that there is bad blood between Mabuza and Wa Afrika, and now it would appear that Mabuza has the journalist in his power. That may not be technically correct, as the police are run as a national “competence”, and officially premiers have no say and no power over them. But this leads us to the real issue.

The entire arrest, the outrage and anger that followed it and the giddy response from Mabuza all point to the same problem. The fact is that in this country the same people make decisions about who to arrest, which officers to use to do it, what to charge them with, and sometimes, it seems, who will do the judging. The checks and balances that are marks of a functioning democracy are simply not there.

In this country, Luthuli House decides how and who gets the power jobs in the civil service. The ANC decides who will head the police that will arrest a reporter and who will prosecute him. And we do know the nature of relationship between media on one side, and Bheki Cele and Menzi Simelane on the other.

The reaction also tells us another sad fact about our country. Your reaction to Wa Afrika’s arrest will pretty much depend on your identity and whether you belong to the ANC or not. If you voted ANC, you’re probably pretty pleased that this rabble-rouser journalist who dissed your peeps is getting what he’s had coming to him. If you’re middle-class, educated and would consider voting for someone else, you’re bloody worried.

The reaction of the media is, naturally, more than just one of shared concern. For reporters and editors the sight of one of their own being bundled into a van by police officers with overwhelming force because of a story that is not even going to be run certainly looks like a sign of very bad times to come. The fact that it happened outside a building hosting a meeting of the SA National Editors’ Forum about defending media freedom can justifiably be seen as a crude attempt at intimidation.

To the older and greyer journalists’ the developments of late, with the ANC hell-bent on railroading a raft of the laws through Parliament that will effectively muzzle the media and shield politicians behind even darker windows to keep them from public scrutiny, the Hollywood-style spectacular arrest of a journalist sounds way too familiar.

And we all thought it would never happen again.

Update: It is now understood that lawyers for the ST have finally been able to meet and speak to Wa Afrika. They have also been able to gave him a change of clothing. The lawyers are in discussion with the Nelspruit control prosecutor about a possible date and time of appearance and what charges he would face. Wa Afrika is now on his way to Kabokweni magistrates’ court. By staff reporter. (Thursday, 12:20 SA time)