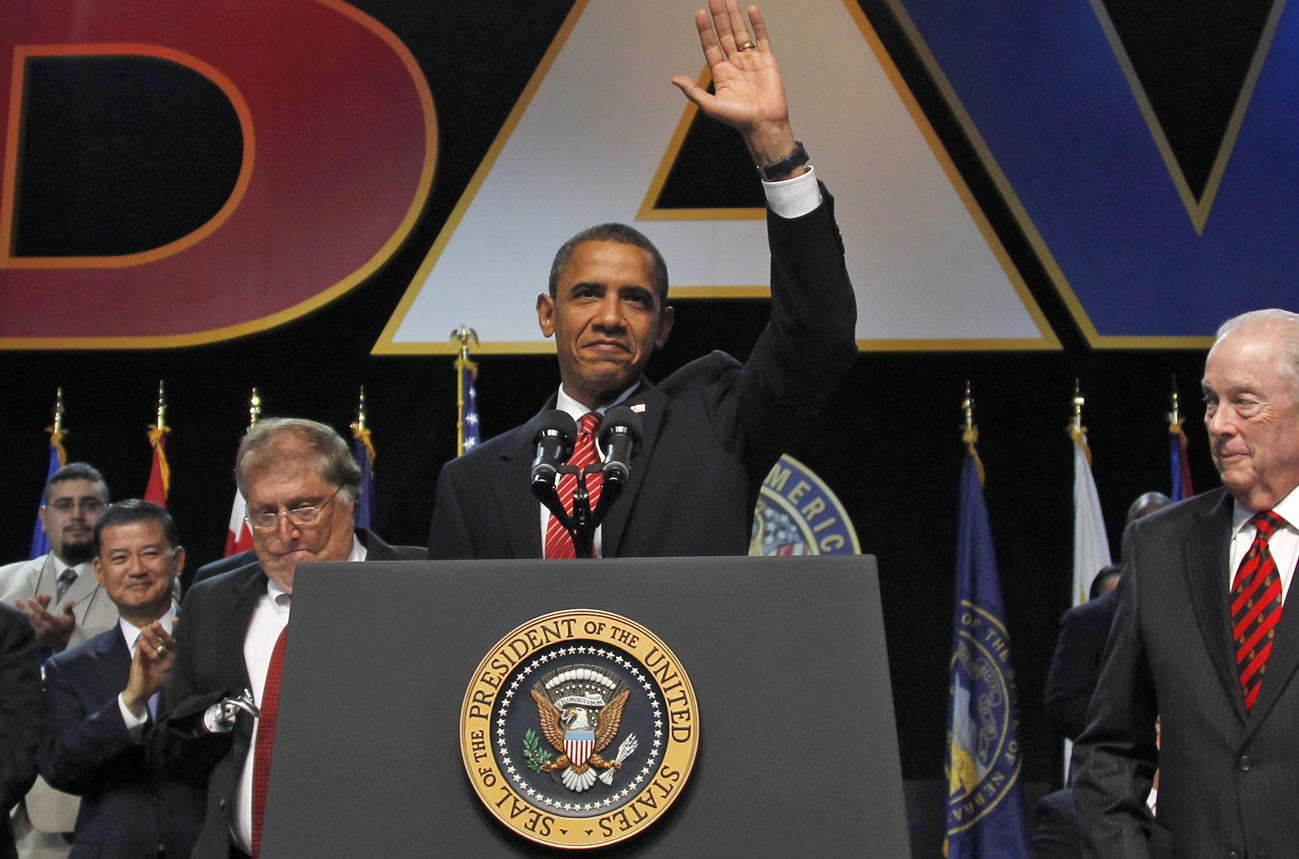 What does US President Barack Obama’s confirmation on the drawdown of US forces from Iraq mean amid the strategic realities of two wars?

The Daily Maverick had a quick look inside the presidential bedroom in the White House the other day. On the presidential night table, right next to some presidential headache remedies, we could just glimpse a book opened to the first page, its first paragraph marked by a highlighter pen, read:

Barack Obama should certainly not be confused with Louis XVI, a skilled watchmaker but failed monarch. Nonetheless, it is not a giant leap to imagine Obama actually reading that famous opening paragraph from Charles Dickens’ “A Tale of Two Cities” – and carrying across its vision of the very different circumstances of Paris and London to that of Americans in Baghdad and Kabul  – before he travelled to Atlanta to speak to several thousand members of the Disabled American Veterans group.

In Atlanta, he pointed to this month’s scheduled withdrawal of US combat forces from Iraq, “as promised and on schedule”, save for the 50,000 soldiers who will remain to train and support Iraqi forces. These remaining troops, however, will also protect the many American civilians still stationed there, as well as manage a complex chain of supplies and equipment out of Iraq. Very crucially, they’ll also carry out counterterrorism operations. The White House is holding up this withdrawal as the fulfilment of an early presidential promise to end America’s war in Iraq, despite lingering doubts in many quarters about Iraq’s ability adequately to police, let along govern, so divided a nation. Photo: U.S. soldiers prepare to leave a military base to the Iraqi army in Mahmudiya, 30 km (20 miles) south of Baghdad, July 15, 2010. The U.S. army is handing over military bases to the Iraqi army according to a bilateral security agreement signed in 2008 that paves the way for a full U.S. withdrawal by the end of 2011. REUTERS

Speaking to the vets, Obama drew applause in stressing the respect due the veterans for their sacrifices in World War II, Korea, Vietnam and the Middle East, as well for his comments that Americans will shortly have 90,000 fewer troops in Iraq than when he became president. He termed this redeployment of troops “a season of homecomings”, although he needed to add a big footnote: “The hard truth is we have not seen the end of American sacrifice in Iraq…[although] make no mistake, our commitment in Iraq is changing – from a military effort led by our troops to a civilian effort led by our diplomats.” Ultimately all American forces are scheduled to depart from Iraq by the end of 2011.

Beyond Atlanta, there are other events, some by the president, some by the vice president, to highlight the withdrawal in advance of those rapidly approaching crucial mid-term elections. Withdrawal from this war was a key campaign pledge by Obama when he ran for office. However, the actual pace of withdrawal has been slower than he had hoped to achieve, a concession to military planners who foresaw real difficulties in reaching the withdrawal schedule Obama originally proposed.

Despite his up-tempo comments, Iraq’s political and military realities may yet unravel Obama’s plans. As bombs and shootings remain daily realities for many, the country still has the political impasse from elections that did not yield a final winner. Moreover, delays in delivering infrastructure, notably reliable electrical and household water reticulation grids, still make life grim for many as temperatures in summer frequently top out above 40°C and generators are beyond the financial capabilities of many.

In fact, some worry that violence may well rise in Iraq in the coming months, given the absence of a fully fledged government. Anthony Cordesman at the Washington think tank, the Center for Strategic and International Studies, comments, “Much of the violence has occurred because there is no government, because nobody knows what the future is”, although US military leaders say they are confident the switch over to the advisory role can occur as planned.

However, there is still that other city – er, country – in contrast to Baghdad/Iraq. Even as the Obama administration is drawing down American forces in Iraq, the same administration has brought some 30,000 additional troops in a military commitment that is now the longest in American history into Afghanistan. As casualties continue, some critics question the commitment, while others argue the promised decline in troops there next year will ultimately give a boost to the Taliban and other insurgent and extremist groups in Afghanistan and beyond. As a result, the Obama administration is now recalibrating the US Afghan goal as keeping the region from remaining a terrorist refuge. Or as Obama told the vets, “We face huge challenges in Afghanistan. But it’s important that the American people know that we are making progress and we’re focused on goals that are clear and achievable.” Comparing Iraq and Afghanistan in July, American losses in the former were only four, while in Afghan operations 66 Americans were killed. Photo: Soldiers with the US Army’s 1-320 Field Artillery Regiment, 101st Airborne Division work to save a comrade after an Improvised Explosive Device (IED) exploded just outside Combat Outpost Nolen in the Arghandab Valley north of Kandahar July 30, 2010. One soldier lost a leg in the blast and another was wounded in the face by shrapnel. REUTERS/Bob Strong

After the nine years in Afghanistan, the media is, increasingly, highlighting what alternative Afghan strategies could have been used. In a long article in The New York Times magazine over the weekend, David Sanger asked:

“Long before Afghanistan became the longest shooting war in American history, the question loomed: Could it have turned out differently? If only we had been smart enough, the arguments went, the ‘good war’ might not have gone bad. If only we had gone into Tora Bora with overwhelming force in the winter of 2001, and captured Osama bin Laden. If only we had put a substantial force into the country in 2002, rather than assuming that the Taliban had been ‘eviscerated,’ the term used, and now regretted, by American military briefers. If only we had carried through on president George W Bush’s promise of a ‘Marshall Plan’ for Afghanistan. If only.

“The WikiLeaks revelations of last week gave new life to this sea of second thoughts….in their staccato rawness, they offered a ground-level view of how faulty assumptions gave rise to misjudgements, and how misjudgements cascaded into everyday deadly encounters. They also laid bare a truth: As recently as two years ago there was still debate in Washington over whether George Bush had fumbled the strategy in Afghanistan and vastly underestimated the resources needed there. Today there is virtually no debate….”

As before, however, the problem remains: If the strategies employed didn’t work and if the alternatives also had major problems, what, if anything, would have worked there?

“Just because a strategy is flawed does not mean that another approach would have worked. The British spent a century arguing over whether a lighter hand or devastating military might or could have put down the American Revolution. In his memoir ‘My Early Life’ Winston Churchill raises the same question, obliquely, about Afghanistan in 1897. About a failed effort to subdue the Mamund Valley, on what is now the Afghanistan-Pakistan border, he wrote, ‘We destroyed the houses, filled up the wells, blew down the towers, cut the reservoirs in punitive devastation.’ But the casualties mounted. ‘Whether it was worth it, I cannot tell.’ ….”

Despite George Bush’s oft-voiced opinion historians would ultimately say he was right after enough time had passed, on this bit of history, we think maybe Winnie had it right in the first place – and now it’s fallen on Barack Obama to make the best of some bad bargains.