Bheki Cele faces the media over THAT building

Bheki Cele faces the media over THAT building 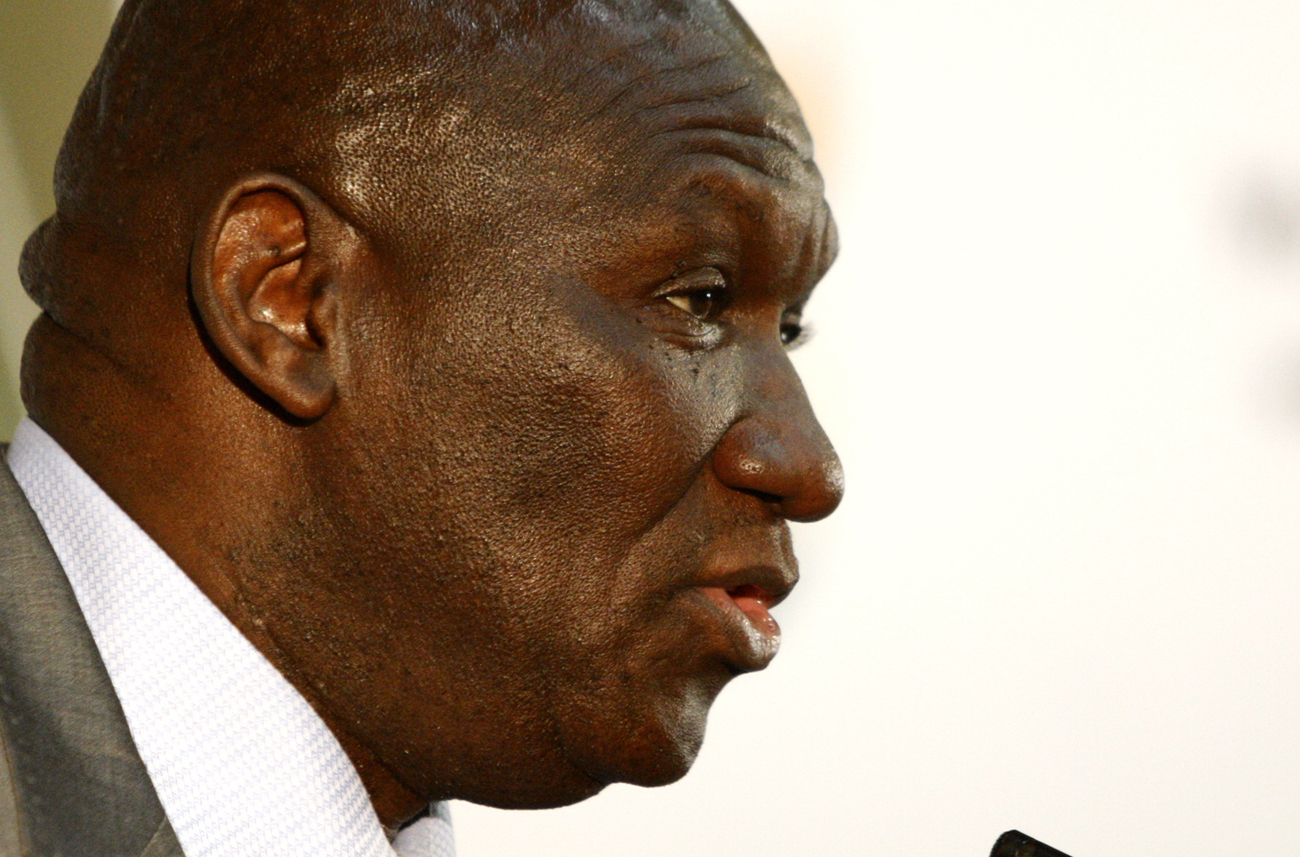 Police chief Bheki Cele delivered on his promise to talk to the media about the exposé that links him with a suspiciously lucrative new rental contract and a well-connected landlord, on behalf of the police. His performance was forceful and, in keeping with the general tone these days, rather hostile to the media.

Bheki Cele is one of those unafraid of microphones. In fact he seems to love them. He spent a few minutes of his Pretoria press-conference going through the coverage the allegations had been given by various media, how 702 said this and e.tv said that. Oddly, he missed SABC3’s evening news. You almost gained the feeling he would have preferred to discuss the media, ethics and reportage, rather than the issue at hand.

But he came prepared. At one point he stood up rather dramatically, with a whole folder of A4 pages, and let them fall from his hand, a list he says, of all the buildings currently leased by the police service. It’ll make for good telly this evening.

But to the nuts and bolts of this. He’s adamant it was the department of public works that signed the lease agreement with Roux Shabangu. He doesn’t know Shabangu. The first time they met was when Shabangu came to give a presentation to him about the building. The time line here matters. Cele was asked directly if this was before or after public works signed the lease. It was perhaps the only time he looked a little at a loss. But he does think on his feet, our general. “It must have been after,” was the response. For his sake, it better have been.

The paper trail for all of this could matter too at some point. Cele is a little angry at claims he said he’d signed a R500 million deal and then forgotten about it, or just signed it as one of a stack of papers that needed his John Hancock. So, for the record, “the only paper I signed was a needs assessment. That was to allow public works to move the process forward”.

It’s probably true. He’s not naïve. He knows that if he’s lying, paper trails can nail you good and proper. And you’d like to think he’s aware that his predecessor is being sentenced this very day for his inability to distinguish the difference between legal and illegal income.

Cele is also at pains to point this is a 10-year lease agreement. It’s not just a “smash and grab where someone gets a huge amount of money”. Again, R500 million over 10 years for a massive building strikes us as pretty normal. He says that about a week after taking office, he was presented with a contract that would see the police building its own brand new building for R4 billion. He says he was too afraid of that amount of cash. And so he told them to build police stations with the money instead. It does sound a little too good to be true. But to be fair, he is the guy who spent the first 10 days in his new job meeting every single police station commissioner in the country, so it may have been an issue that bugged him at the time.

What makes Cele so fascinating are his asides. He couldn’t resist a mention of the proposed media appeals tribunal, suggesting this issue at hand “makes one think about it”. He also wants to raise this with the SA National Editors’ Forum. And he’s not above taking a dip at the Sunday Times journalists who actually wrote the story, claiming that one of them was “suspended after going to Mozambique”, but was then rehired. Hmm. Personal. But then so is politics, and making reporters uncomfortable is the new national sport. But for now, Cele is not consulting his lawyers.

So, who do we believe? Cele, the media or public works? It’s difficult to say. There do seem to be differing versions. But so far Cele’s version and public works’ version dovetail enough to give them the benefit of the doubt. But there’s still something a little fishy going on.