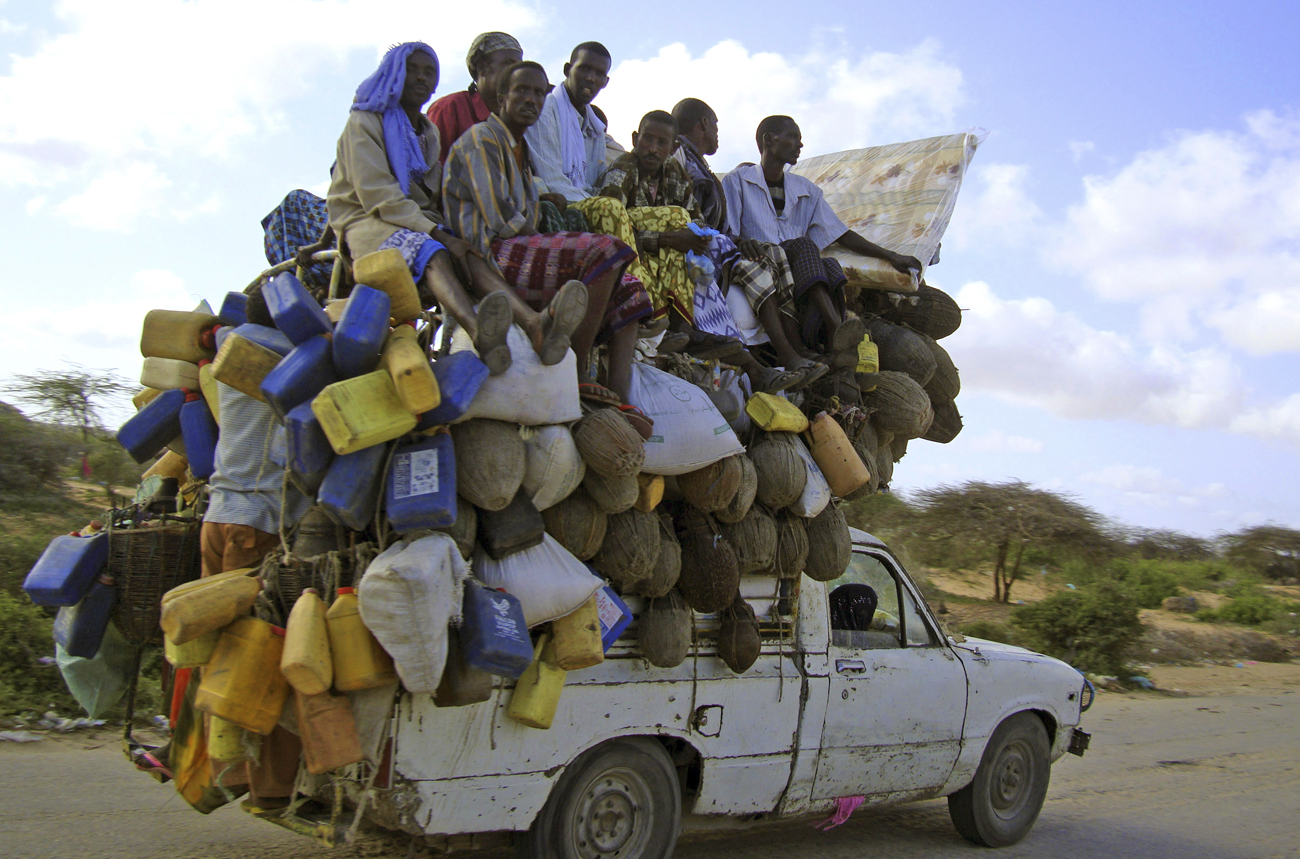 The Population Reference Bureau, a United States research and data analysis body, has just released its latest forecasts on population growth in the coming decades. Put it this way: it’s going to get squashy.

In his book When a Billion Chinese Jump, author Jonathan Watts explores the consequences of the People’s Republic foregoing the faraway promises of socialist bliss for the more immediate joys of capitalist consumption. The title derives from a nightmare he had as a child – if all the men, women and children in China jumped at the same time, the world would be knocked off its axis – and alludes to the impact the most populous nation on Earth has on the planet’s diminishing resources, which is the subject and central question of the work. In the afterword, somewhat inevitably, Watts gets biblical.

“Mankind’s capacity to consume has reached a crescendo. There has never been more of us on the planet. Our species has never lived longer. Our footprint has never spread wider. The average human today burns more carbon, travels further and eats far more than any of our ancestors. A billion people in the rich nations of Europe, the US, Japan and South Korea have taken the world to the brink with their unsustainable consumption. Two billion more in emerging economies like India, Brazil and Indonesia are pressing up from behind. In between is the Middle Kingdom, threatening to tip us all over the edge with a population that is now twice as big as that of the entire world in 1750.”

When a Billion Chinese Jump was published earlier this year, barely three decades into China’s industrial and quasi-capitalist revolution, and one of the reasons for its instant bestseller status was its deft straddling of the line between sheer panic and last-minute hope – like all books of its type, it first gives us the catastrophic news (polluted rivers, choking emissions, dead oceans, etc) and then tells us, if we all work together, how we can avoid the apocalypse.

Still, formulaic as it may be, it’s difficult to be totally cynical about the book. With 267 people being born every minute and 108 dying, the US’s Population Reference Bureau has just confirmed that the world’s population will top 7 billion by next year. Explaining the data released this week, it stated that “chronically low birthrates in developed countries are beginning to challenge the health and financial security of the elderly” while “developing countries are adding over 80 million to the population each year and the poorest of those countries are adding 20 million, exacerbating poverty and threatening the environment.”

The New York Times chose to illustrate the story – one of its leads on 29 July – with a photograph of elderly bowlers in Arundel, England. It could just as poignantly have chosen a photograph of the elderly in Japan, where the ratio of working-age people to those 65 and older is expected to drop from three to one to one to one within the next generation. Selecting from the data, the Times observed: “While the bulge in younger people, if they are educated, presents a potential ‘demographic dividend’ for countries like Bangladesh and Brazil, the shrinking proportion of working-age people elsewhere may place a strain on governments and lead them to raise retirement ages and to encourage alternative job opportunities for older workers.”

The newspaper also noted that Ethiopia and the Democratic Republic of Congo will replace Russia and Japan on the list of the 10 most populous nations by 2050. By that time, the population of Africa is expected to be more than double its current figure – according to the bureau, the continent will then be home to 2.1 billion people.

The UK’s Telegraph, for its part, focused on the fact that Britain will be the most populous country in Europe by mid-century, rising from 62.2 million to 77 million, an increase of 24 percent. Noting that British mothers had more children in 2009 than at any time since 1973, the newspaper stated: “Immigrant mothers accounted for more than half of the increase in births, but the fertility rate among British-born women also rose sharply.”

As for China, it’s set to lose its number one status to India, which is expected to rise from 1.19 billion to 1.75 billion in the next 40 years. With the global population at a projected 9.49 billion by 2050, and China accounting for only 1.48 billion of those, the upside is that it’s soon not going to matter much if the world’s Chinese all jump at the same time.

Photo: Residents ride on a pick-up truck that supplies milk and other items in Somalia’s capital Mogadishu, September 2, 2009. REUTERS/Omar Faruk