To potential SA police whistleblowers: look how well it...

To potential SA police whistleblowers: look how well it turned out for the Russian guy 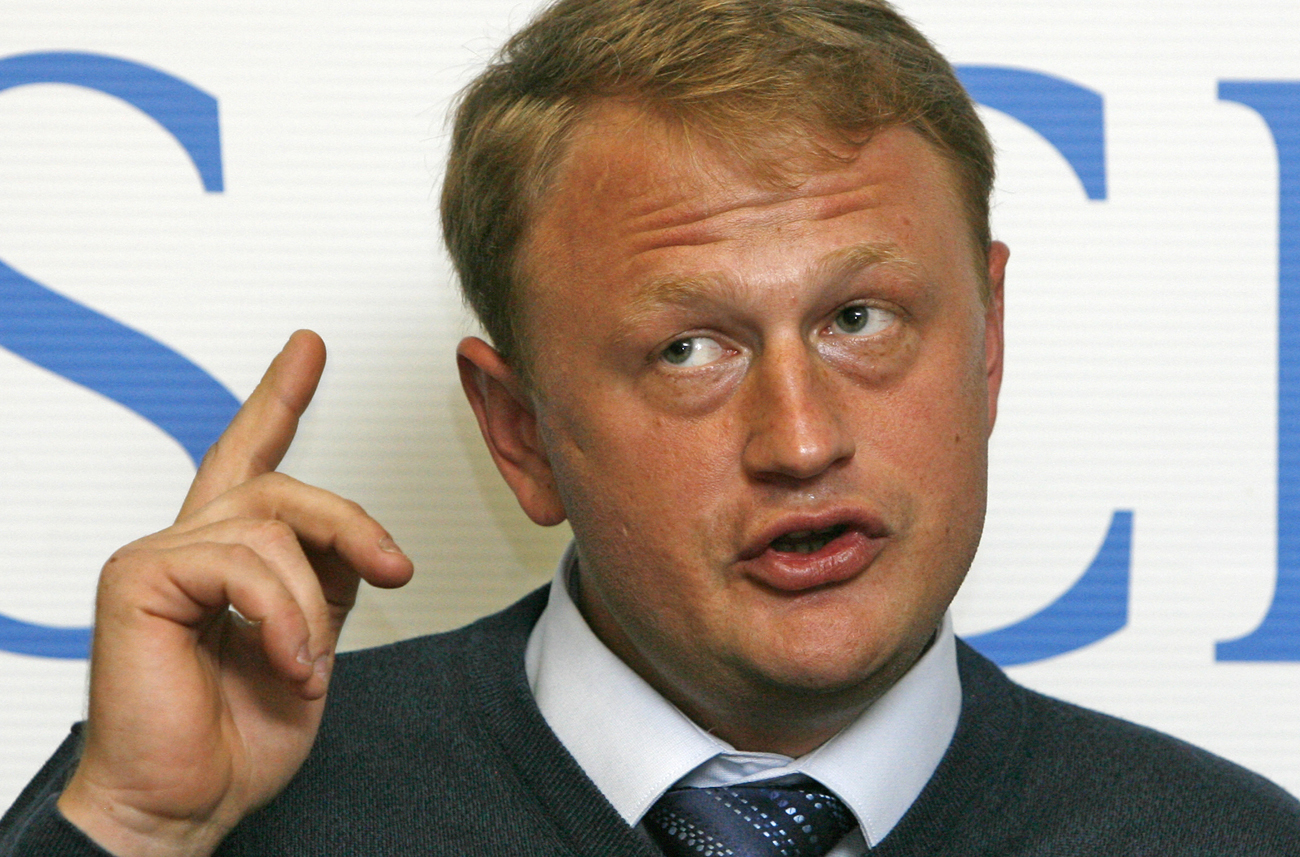 In November 2009, a Russian policeman by the name of Aleksei Aleksandrovich Dymovsky uploaded a video to Youtube in which he blew the whistle on the endemic corruption surrounding him. Seems his life is better for it, which may get some local cops thinking…

Of all the videos that came up for discussion during the Selebi corruption trial – the one where Glenn Agliotti said the Scorpions were out to get him, the one where Agliotti contradicted his own testimony, the other one that contained something unbelievable about something else indecipherable – it would’ve been great if, just once, the court had discussed a video the likes of which got posted to Youtube last November: a police officer, in full uniform, talking about the rampant corruption in his country’s criminal justice system.

The policeman’s name was Aleksei Aleksandrovich Dymovsky, and the country he was referring to was, of course, Russia.

Sitting on a drab couch and speaking in a flat monotone, Dymovsky addressed his fellow officers: “I have worked in the Russian police for ten years. I have given these ten years to my Motherland…I tried to create something fair, something just. But now I understand that I can’t do it alone.”

He went on for a few minutes, telling the camera about the two wives that had left him because of his schedule, complaining about bosses that treat him and his colleagues like cattle, detailing the low pay and overtime. Then, after speaking about the bribery and corruption that surround him – and appealing directly to Vladimir Putin on the issue – he arrived at his central purpose.

“Please understand me. I love working. I love my work. But I can’t stand detecting the non-existent crimes, imprisoning people who are not guilty. I can’t stand it anymore. I will retire. And I will live peacefully as a civilian. And all the officers who are listening to me: you most likely want it too.”

As it happened, at the start of his retirement Dymovsky didn’t live peacefully. According to the New York Times, he was interrogated along with his relatives and friends, and his home was raided. Investigators allegedly tried to frame him with drugs, and in January he was arrested. Despite the fame that had come to him from the video – ordinary Russians, fed up with their country’s endemic corruption, downloaded the footage around two million times – both Putin and his protégé President Dimitri Medvedev ignored his plight.

The New York Times’s Clifford J. Levy provided some context: “International research organisations rank Russia as having the world’s most corrupt large economy, in part because of bribery linked to law enforcement personnel. But senior Russian officials have long seemed to view the loyalty of police officers as more important than their integrity.”

The one organisation to which Levy was specifically referring in his article of 27 July this year was Transparency International, which in its “Corruption Perceptions Index” of 2009 ranked Russia 146 out of 180 countries, tied with the likes of Ecuador, Kenya and Zimbabwe. South Africa, for its part, finished in 55th place, between the Seychelles and Malaysia, and a few places above Turkey, Italy and Saudi Arabia.

But then South Africa hasn’t had a police whistleblower like Dymovsky for a while, an insider willing to speak out irrespective of the risks. And because it could’ve turned out much worse for Dymovsky, because he’s now a respected public speaker in his home country, likely local candidates may want to take note.

Dymovsky was released from jail after six weeks – thanks to the publicity the video and subsequent events generated, the affair quickly became an embarrassment for the authorities. And while he may have had to pay damages of $3,500 on a slander charge, he was no doubt consoled by the fact that he inspired a host of imitators who were equally troubled by corruption in other government departments.

In fact, Dymovsky’s example proved so threatening that the former police officer had a piece of legislation named after him, the “Dymovsky law,” which introduced harsher penalties for policemen who criticise their bosses. It’s not exactly a win, but it’s a legacy he’s got every reason to be proud of.

Photo: Alexei Dymovsky, a former Russian police officer, gives a news conference in Moscow, November 10, 2009. The former police major, during his video address to Russia?s Prime Minister Vladimir Putin that appeared on the Internet on November 6, 2009, accused his ex-chiefs of abuse of authority and numerous violations in the activities of local police in the Black Sea port town of Novorossiisk. REUTERS/Sergei Karpukhin