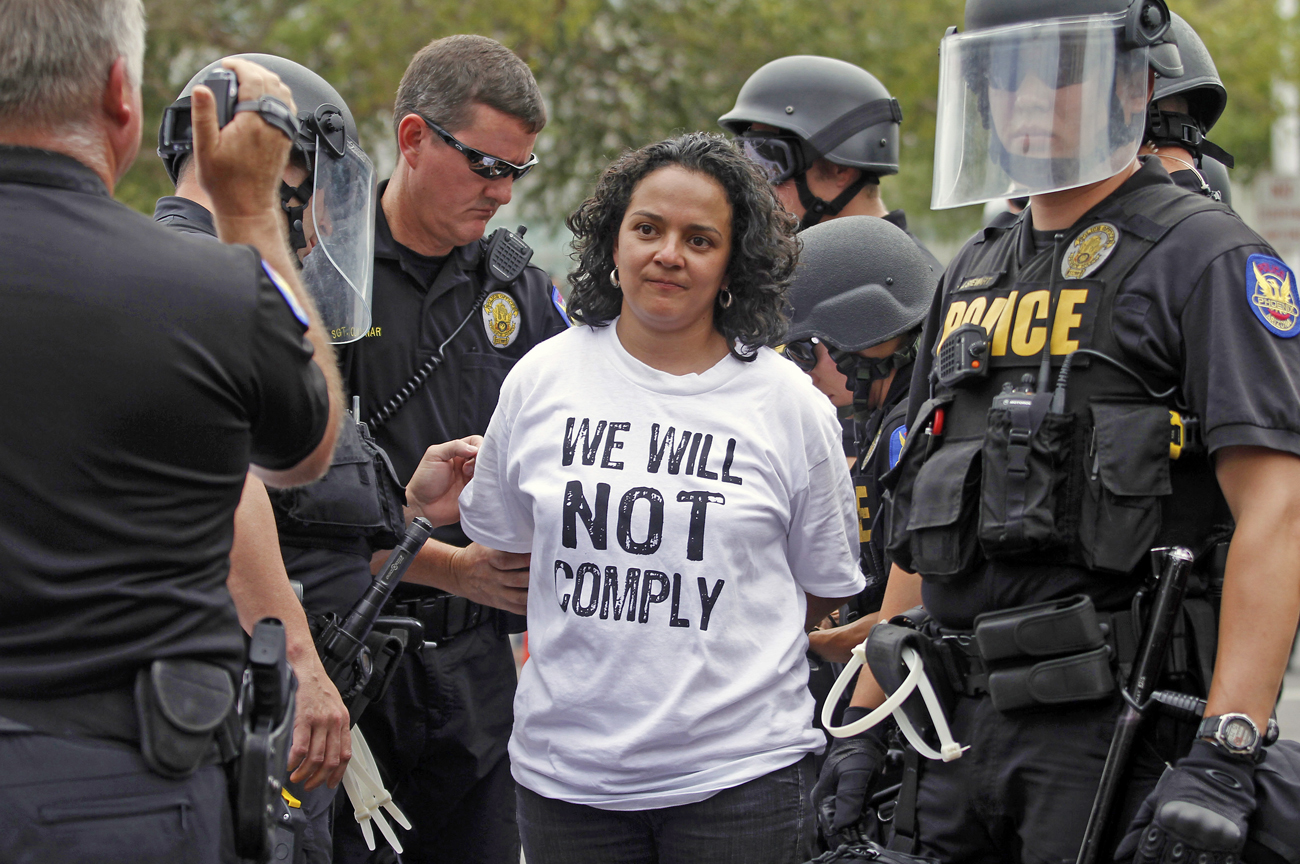 It is a problem the world over – illegal immigration and the problems that come with it. Just as the US state of Arizona was preparing to enact its version of the law that was called draconian by many, a federal judge intervened. Still, the future of immigration looks rather hazy.

Just hours before a highly controversial Arizona state law that would have dished out tough treatment to illegal immigrants was about to take effect, federal district Judge Susan Bolton issued a temporary injunction against key elements of the new law.

Key provisions temporarily set aside include a requirement that local and state police would have to check the immigration status of suspects they had already stopped while in the process of enforcing other laws, as well as a section that would have made it a criminal offence for an immigrant to fail to carry relevant immigration papers. The judge also enjoined parts of the law that made it a crime for “undocumented workers” to apply for a job, and another permitting the police to arrest, without a warrant, people they had probable cause to suspect had committed a crime for which they could be deported. Bolton’s injunction is a temporary measure until the judge can decide more fully on the law’s constitutionality.

However, the judge did let stand a provision that made it illegal to transport or harbour illegal immigrants. Nor did the judge rule out a section of the law that made it illegal for drivers to pick up day-labourers from street corners – an increasingly frequent labour practice in America that recruits day labourers who are often illegal immigrants. She also let stand a provision that barred Arizona counties and towns from restricting enforcement of federal immigration laws.

Explaining her ruling, a decision that had come in response to the Obama administration’s call to the court to block the law, Judge Bolton said the blocked sections pre-empted the federal government’s authority to set immigration law. The US constitution sets out the federal role in immigration, not the state. (That would have been pretty easy to check after all if the Arizona folks had wanted to do so.)

Regardless, Arizona’s Republican-controlled state legislature had passed the law in April, in response to some rapidly growing fears in America – especially in border states such as Arizona, Texas and California – about crimes reportedly committed by illegal aliens. There’s also a growing wave of citizen complaints that the federal government has effectively abdicated its authority to immigration control, thereby ignoring a growing immigration tide. Photo: A protester holds a sign outside the Arizona State Capitol after U.S. District Judge Susan Bolton blocked the most controversial sections of Arizona’s new Senate Bill 1070 immigration law in Phoenix July 28, 2010. Bolton on Wednesday blocked key parts of Arizona’s tough new immigration law just hours before it was to take effect, handing a victory to the Obama administration as it tries to take control over the issue. REUTERS/Joshua Lott

But Judge Bolton argued that the US would be likely to “suffer irreparable harm” if she did not block enforcement of the sections she did. “Requiring Arizona law enforcement officials and agencies to determine the immigration status of every person who is arrested burdens lawfully present aliens because their liberty will be restricted while their status is checked,” she said.

Moreover, Bolton argued a practical point as well. The resulting flood of requests for immigration status checks from Arizona authorities would likely overwhelm federal authorities, arbitrarily shifting scarce federal budgetary resources away from the national government’s own priorities in immigration management. Through her ruling, Bolton gave a clear nod of approval to the Obama administration’s argument that “the federal government has long rejected a system by which aliens’ papers are routinely demanded and checked”.

But this battle is just as clearly not over, despite the judge’s initial ruling. Arizona’s Republican governor, Jan Brewer responded immediately. “We will take a close look at every single element Judge Bolton removed from the law, and we will soon file an expedited appeal at the United States Court of Appeals for the 9th Circuit. The bottom line is we’ve known all along that it is the responsibility of the [federal government], and they haven’t done their job, so we were going to help them do that.”

The US justice department applauded the ruling, but did offer a now-obligatory phrase about hearing the “frustration of Arizonans with the broken immigration system”. The department said, “A patchwork of state and local policies would seriously disrupt federal immigration enforcement and would ultimately be counterproductive.”  Either way, this baby is going to the Supreme Court.

Besides upholding the long-held view that immigration is a federal core responsibility, in political terms, Bolton’s ruling is a victory for both Hispanic interest groups and civil liberty organisations (key parts of Obama’s political support) that have complained this law would lead to Latinos being unfairly targeted by police. Statistical studies indicate some 400,000 people in Arizona are in the state illegally, mostly from Mexico and other Latin American origin points, but many citizens of the state are Hispanic by origin. Nonetheless, national polling data also shows Arizona’s law has broad support in the country as many people fear it is necessary to secure the state’s borders to protect American jobs. Whoa, does that sound familiar? About the only things, so far, that the law’s proponents haven’t argued are that immigrants are stealing the local women or jumping the queue for federal benefits and public housing. And then there are all those arguments about immigrants in the UK, France, Germany, South Africa…

Through this ruling, in a lawsuit against Arizona brought on 6 July by the justice department, Bolton has blocked central provisions of the law from taking effect while she finishes hearing the case. But with this temporary ruling, Bolton put down a marker for her eventual ruling on the case.

But, nothing is ever really simple – or final – in politics. Mexico has already pronounced its enthusiasm for the ruling, but the swift federal government action to get a ruling just as the law was about to come into force has probably provoked the ire of many citizens and other state governors. In fact, nine states filed legal briefs supporting Arizona, and its governor has already announced the state will appeal Bolton’s ruling.

Nonetheless, the ruling and the federal government’s forceful action is a real shot across the bow of “state’s rights” and local control over immigration. As Thomas Saenz, head of the Mexican American Legal Defence and Educational Fund said, “This is a warning to any other jurisdiction” considering a similar law. But some critics argue Bolton moved precipitously. Peter Schuck, professor of immigration law at Yale University, said Bolton should have allowed the law into effect, something it was only scheduled to do on Thursday, before she issued an order that curbed the power of a state legislature. “She rushed to judgment,” he said.

For more, read the New York Times, the BBC, and The Washington Post

Photo: A demonstrator is arrested during a protest against Arizona’s controversial Senate Bill 1070 immigration law outside the U.S. District Court in Phoenix July 22, 2010. REUTERS/Joshua Lott