The remarkable life of Julian Assange, founder of Wikileaks 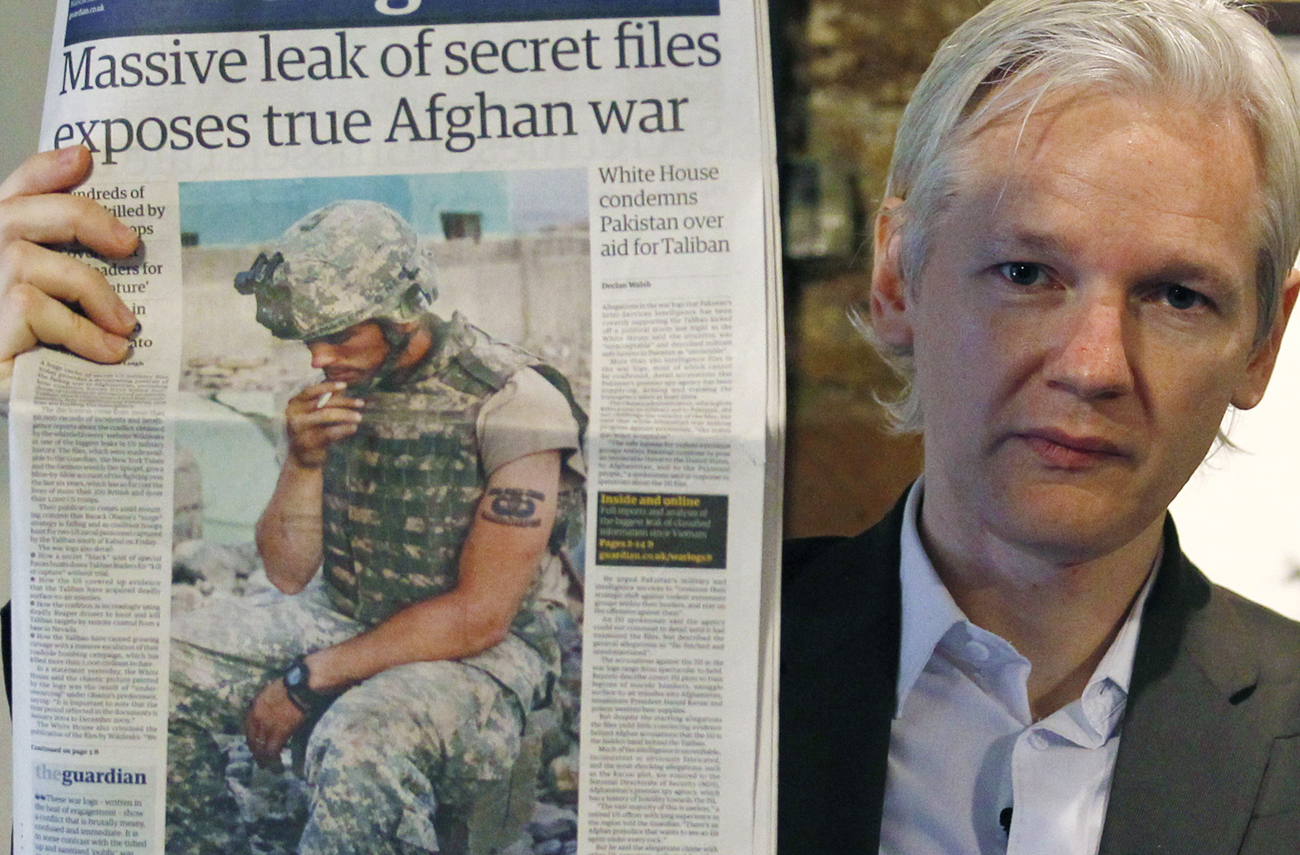 Hindsight may be the world’s most exact science, but there’s something in the life story of Australian-born Julian Paul Assange that makes his newfound stardom seem almost fated. His early life, for instance, can only be understood in the context of what came next.

It’s an unlikely birthplace for a man who’s got the entire US military chain of command backpedalling, a spot on the map that’s almost comical in both name and location. Townsville, North Queensland, current population 180,000, is where Wikileaks founder Julian Paul Assange was born in 1971, and if the beginning was unpromising – prior to Assange, the only household name to come out of the city was Greg Norman – the early life was pretty much without prospect.

Assange’s parents ran a touring theatre company, and his mother didn’t believe in formal education. The family moved often, living in remote villages and islands along Australia’s east coast, homeschooling their son. When Julian was eight, his mother left his father and shacked up with a volatile musician, who soon became abusive. Fearing that the man would sue for custody of Julian’s much younger half-brother, she and her boys went on the run. They remained in hiding for five years, convinced that the musician belonged to a powerful cult with moles in government.

Whether or not this was the case, by the time Julian was 14 the family had relocated 37 times. Nevertheless, according to the New Yorker magazine, which ran a lengthy profile on Assange earlier this year – the primary reason for the 10,000-word article was the Wikileaks release, in April, of highly-classified video footage from a US military helicopter that showed the needless slaughter of two Reuters journalists – there were some early signs that the boy would rise above his circumstances.

Noted the article’s author, Raffi Khatchadourian: “While on the run, Claire [Julian’s mother] rented a house across the street from an electronics shop. Assange would go there to write programs on a Commodore 64, until Claire bought it for him, moving to a cheaper place to raise the money. He was soon able to crack into well-known programs, where he found hidden messages left by their creators. ‘The austerity of one’s interaction with a computer is something that appealed to me,’ he said. ‘It is like chess – chess is very austere, in that you don’t have many rules, there is no randomness, and the problem is very hard.’ Assange embraced life as an outsider. He later wrote of himself and a teen-age friend, ‘We were bright sensitive kids who didn’t fit into the dominant subculture and fiercely castigated those who did as irredeemable boneheads.’”

Amongst the irredeemable boneheads Assange would later castigate, after launching Wikileaks in 2006, were Daniel Arap Moi (documents were posted to the site providing evidence of the former Kenyan leader’s corruption), the US army officers at Guantanamo Bay (Wikileaks obtained and published the detention camp’s “standard operating procedures” manual), the Church of Scientology (the site released letters containing proof of bizarre and dubious practices within the church), and Sarah Palin (Wikileaks hacked into her yahoo mail account).

But first he would do some other things, like get married in an unofficial ceremony to his girlfriend at the age of 18, have a son, get investigated by the Australian Federal Police for hacking, and watch his wife leave with his son.

He would also, after eventually pleading guilty to the hacking charges and getting off with a nominal fine (at one point it seemed as if he might spend ten years in prison), move to Melbourne to work as a developer of free software. Then, between 1995 and 1997, he would write and co-invent two groundbreaking software packages, including an encryption tool “for human rights workers who needed to protect sensitive data in the field.” Until 2006, he would study physics and mathematics at the University of Melbourne, in the interim motorcycling across Vietnam, earning money at odd jobs, and supporting his son to the best of his ability. According to his mother, during this time a protracted custody battle over his son drained Assange’s hair of all colour – what was originally dark brown appears in later photos as a pale and lusterless off-white.

The New Yorker explains how, on the eve of the launch of Wikileaks, Assange’s view of life had developed into a sublime and sophisticated personal philosophy: “He had come to understand the defining human struggle not as left versus right, or faith versus reason, but as individual versus institution. As a student of Kafka, Koestler, and Solzhenitsyn, he believed that truth, creativity, love, and compassion are corrupted by institutional hierarchies, and by ‘patronage networks’ – one of his favorite expressions – that contort the human spirit. He sketched out a manifesto of sorts, titled ‘Conspiracy as Governance,’ which sought to apply graph theory to politics. Assange wrote that illegitimate governance was by definition conspiratorial – the product of functionaries in ‘collaborative secrecy, working to the detriment of a population.’ He argued that, when a regime’s lines of internal communication are disrupted, the information flow among conspirators must dwindle, and that, as the flow approaches zero, the conspiracy dissolves. Leaks were an instrument of information warfare.”

On Sunday 25 July 2010, when Wikileaks recruited the assistance of the New York Times, Guardian and Der Speigel in publishing 92,000 secret documents that revealed the extent of the US cover-up in Afghanistan, that philosophy achieved its apotheosis in the real world.

Photo: Wikileaks founder Julian Assange holds up a copy of a newspaper during a press conference at the Frontline Club in central London, July 26, 2010. Thousands of leaked U.S. military documents from Afghanistan contain evidence of possible war crimes that must be urgently investigated, the founder of the whistleblowing website that published the papers said on Monday. REUTERS/Andrew Winning