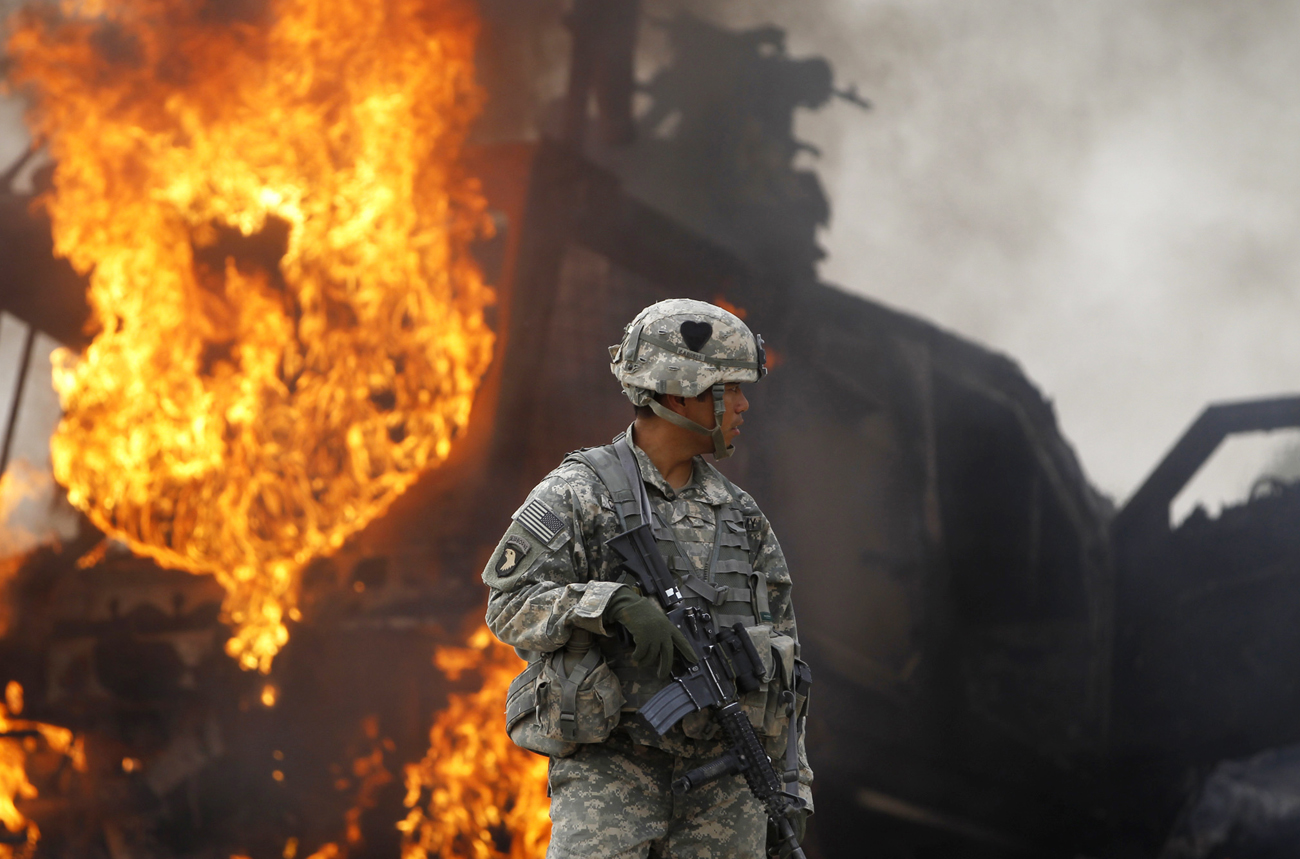 Until Sunday 25 July, the power of new media to enforce transparency and accountability on the part of governments may have been theoretical. Now, in the biggest exposé of US military secrets since the Pentagon Papers, Wikileaks has taken the game to a new level.

In April this year, after existing for several months in a semi-dormant state, whistleblowers’ website Wikileaks released an encrypted and highly classified 38-minute video taken from the cockpit of a US military Apache. The footage, which showed the needless murder of two Reuters journalists on the streets of Baghdad, made Wikileaks the search term with the highest Google growth rate in the week it came out. It also resulted in Wikileaks founder Julian Assange receiving $200,000 in donations, a windfall that meant he could get back to work at full operational capacity.

Without that video, the events of 25 July may never have happened. While the donations were critical, there was also the ensuing 10,000-word feature article in the New Yorker to consider – as the subject of such a piece, Wikileaks was quickly catapulted into the realm of international respectability. So in July, when Assange approached three of the world’s leading news brands and asked them to help him publicise top-secret documents detailing US involvement in Afghanistan, he got their instant attention.

The simultaneous disclosure in the New York Times, Guardian and Der Speigel on Sunday of over 90,000 incidents of irregular coalition forces activity is easily the largest media event of its kind in almost 40 years. Assange himself called the event “the nearest analogue to the Pentagon Papers,” referring to the release in 1971 of secret military documents that turned public opinion against the Vietnam War, and a host of mainstream commentators appear to agree with him.

Essentially, the reams of documents confirm that coalition forces have killed hundreds of innocent civilians in unreported incidents, that Taliban attacks are way higher than previously acknowledged, that the US has covered up evidence of the Taliban’s acquisition (and use) of deadly surface-to-air missiles, and that Pakistan and Iran are fuelling the insurgency – a set of circumstances not unlike those that Nixon’s administration tried to keep secret all those years ago.

Blogging for The Atlantic magazine on 26 July, veteran journalist James Fallows remembered when the Pentagon Papers were published: “By that point American involvement in Vietnam was ‘ending’ – even though it would be another four years before US troops left the country after the fall of Saigon, and even though many, many American, Vietnamese, and other people were still to die in the ‘wind-down’ phase. The major effect of the Papers was to reveal that for many years officials closest to the action had understood that the war could not really be ‘won,’ at least under the real-world political circumstances the US faced.”

Fallows then went on to cite his “disagreement” with the Obama administration’s decision, late in 2009, to double-down efforts in Afghanistan, suggesting that the Wikileaks documents could show that the war was unwinnable despite the policy. “The argument for bearing down is that the dangers of withdrawal are too great to allow any other option,” he wrote, “which of course was also the argument about Vietnam.”

Which may be one of the reasons why Obama’s national security advisor, General James Jones, took such exception to the leaks. Stated Jones in a press release on 25 July: “The United States strongly condemns the disclosure of classified information by individuals and organizations which could put the lives of Americans and our partners at risk, and threaten our national security. Wikileaks made no effort to contact us about these documents – the United States government learned from news organizations that these documents would be posted. These irresponsible leaks will not impact our ongoing commitment to deepen our partnerships with Afghanistan and Pakistan; to defeat our common enemies; and to support the aspirations of the Afghan and Pakistani people.”

Jones also pointed out that the documents posted by Wikileaks covered the period January 2004 to December 2009 – years for which the Bush administration was primarily responsible – and that on 1 December 2009 the Obama administration instituted its new policy. He then went on to reiterate the rationale behind the double-down strategy.

For his part, Assange denied that Wikileaks was breaking the law or endangering the lives of troops. According to the Washington Post, Assange said, “For the first time, Wikileaks decided unilaterally to delay the release of some documents because of the possibility that putting them out immediately could cause harm.”

But there was a less diplomatic side to Assange’s response, as evidenced by the Wikileaks Twitter account. At the time of writing, Wikileaks has just under 75,000 followers and follows nobody – a revealing statistic if ever there was – and over the last day it has posted a series of tweets that speaks as much of its newfound power as its attitude. The most telling was posted at 02:37 (SA time) on 26 July, and stated: “Let the spin begin: White House offers ‘advice’ on Wikileaks to reporters.”

The link was to a blog in the New York Times, where extracts from a White House email to reporters were published. Amongst the extracts was this line: “As you report on this issue, it’s worth noting that Wikileaks is not an objective news outlet but rather an organization that opposes US policy in Afghanistan.”

The pleading tone in that sentence is perhaps the most compelling proof yet of new media’s ability to enforce unprecedented levels of transparency and accountability on the part of sovereign governments.