Springboks could use a miracle right about now

Springboks could use a miracle right about now 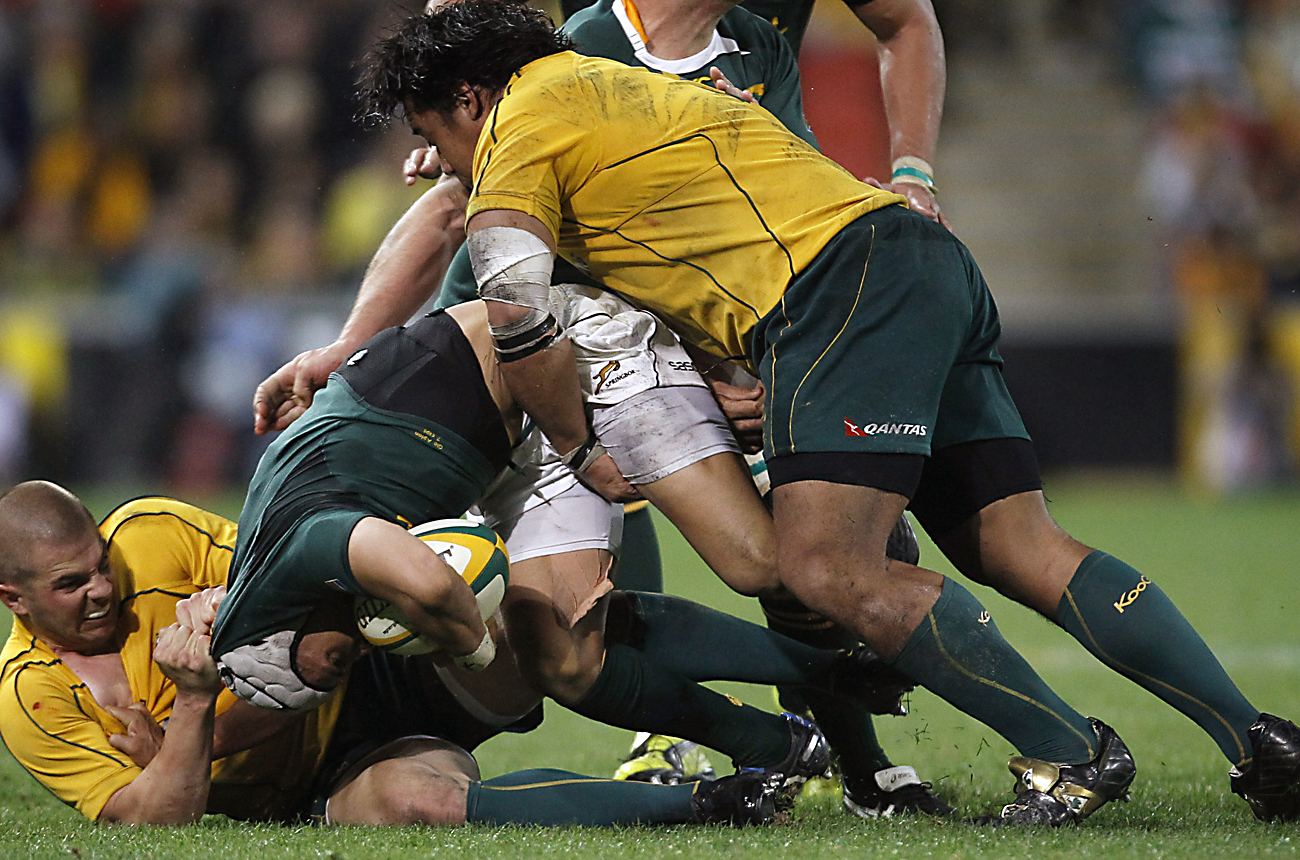 We’re sorry if we got your hopes up about the Springboks doing well in the Tri-Nations. Indeed, the whole country seemed to think that, like Brazil's soccer players, all we had to do was turn up to win the annual rugby spectacular.

How wrong we were. How poor the Springboks have been so far – losing twice to the All Blacks 31-17 and 32-12 – and arriving in Australia with their tails between their legs, before being whipped 30-13.

Three 30-point defeats in three weeks. Three yellow cards in the opening quarter (and a fourth against Australia). Is the season already over? Are the Boks playing for second place with the New Zealanders in rampant form – the very form we expected of the South Africans? They haven’t even scored a single bonus point (for losing by less than seven points or scoring four tries), but have conceded 10 tries and 93 points.

How does it happen that the Springboks have fallen so far off the pace in the space of a year? Why doesn’t the manifold superiority of the Super 14 translate into the same at international level?

Was Brendan Cannon right that coach Peter de Villiers is a “clown”? The Wallaby hooker, and now broadcaster for Fox in Australia, said of P.Divvy on “The Rugby Club” (Australia’s “Boots ‘n All”): “He is a clown. He surely does not coach the team.”
Cannon was forced to apologise, but the competitive former front-rower is surely mouthing what every South African fan feels. At the post-match press conference on Saturday, he got stuck in again: “South Africa have been soundly beaten in the last three Tri-Nations games – do you believe the game plan the Springboks are putting together is the right one?”

Rugby fans from Cape Town to Kakamas are asking the same. When Cannon asked if he was the man for the job, 14 months out from the World Cup, P.Divvy replied: “That you must ask my bosses”.

But we know what the answer will be. SA Rugby has no choice, but to stick with De Villiers, in whom they have staked a lot of reputation as South Africa’s first black rugby coach, or pay him a small fortune to get him out of his contract.

And therein lies the rub. We have the players, but not the vision at the coaching level. The games has evolved, as it does every year, as the administrators fiddle with the rules governing minutiae in the tackle and rucks and mauls. How is it that New Zealand and Australia always adapt, but South Africa never does?

There is no doubt South Africa is spoilt for choice right now with an abundance of good players in several positions. We’ve always had an embarrassment of riches with loose forwards (albeit a scant regard for the all-important backrow fetcher) and imposing locks.

Flair hasn’t always been the word for our backline players, but there are several youngsters, many of whom have had that vision-building, gap-taking experience in Sevens, coming along nicely.

Ruan Pienaar is one of them. The 26-year-old, however, has the curse of being a utility player, able to cover several positions on the bench. He went from being a the first-choice flyhalf in the first two Tests of the British & Irish Lions tour last year to being a pale shadow of himself. Much of it was his own fault, perhaps, and his inability to summon up the big match temperament (BMT) needed for international rugby. But it was a failure – most starkly – of the coaches, who were happy to leave him as a utility player warming the bench.

It was a tragedy and, like so many other talented but discarded youngsters – can anyone say Brent Russell? – he might’ve gone the same way. With any luck, his raw talent won’t be lost to South African rugby, even if he’s going to Ulster. In fact, probably because of this international move, his confidence will increase.

De Villiers wasted two Tests starting a hopelessly out-of-form, overweight Ricky Januarie and picking the best inside centre, Jean de Villiers, on the wing when these inadequacies were obvious to everyone else. If Pienaar was the “Tiger Woods” of rugby, as De Villiers insisted, why did he have to play second fiddle to the podgy Januarie when his flair was so desperately needed, and added a boost in Saturday’s game?

P.Divvy is a limited coach and his limitations are painfully obvious for all to see.

On 21 August, rugby goes back to Soweto, this time to the renamed National Stadium (or Soccer City as it’ll likely always be known). There, John Smit will take the field for his 100th  Springbok cap, followed a week later by vice-captain Victor Matfield at his home ground in Pretoria.

It will be an auspicious game for Smit, but against the All Blacks and playing as languidly as they have been, an inauspicious first rugby Test at this new ground for the Springboks.