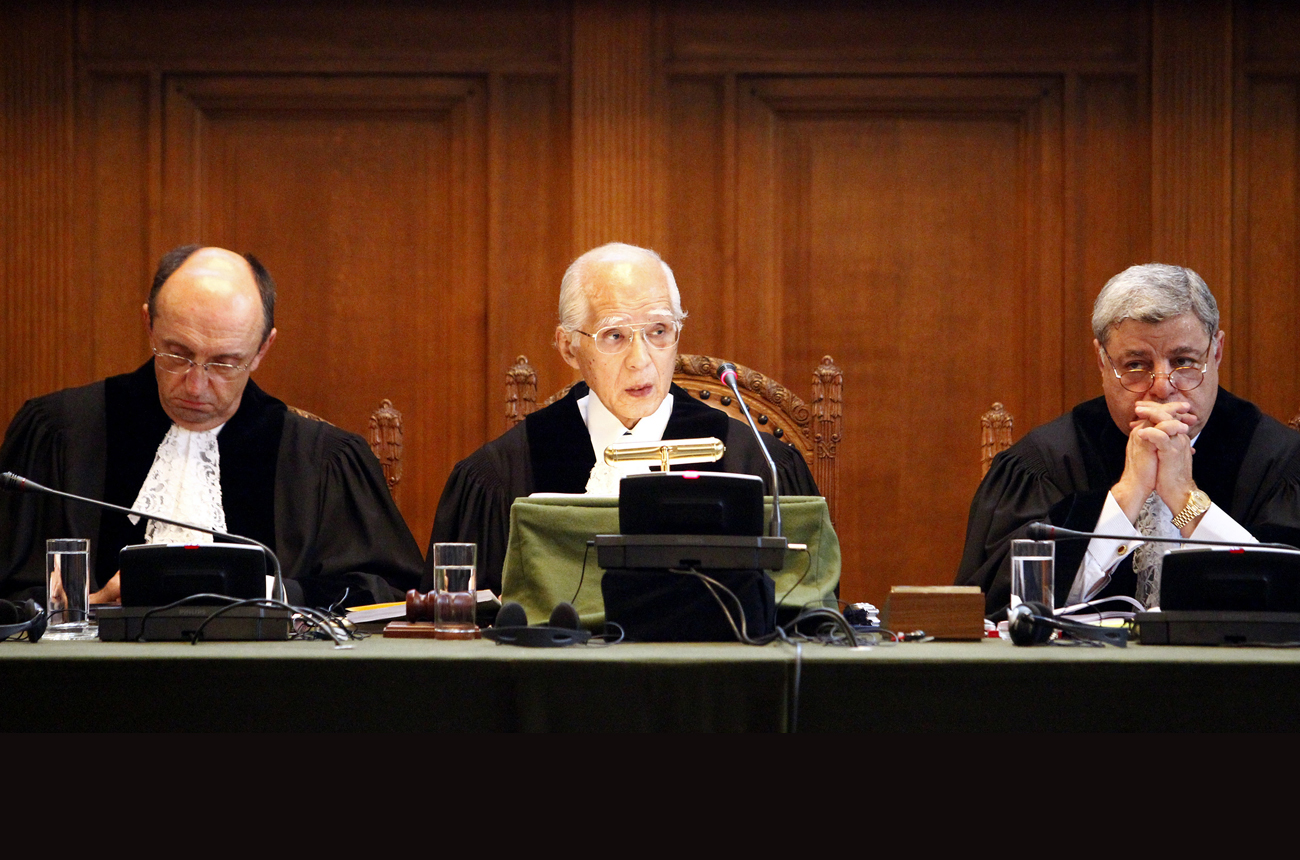 The International Court of Justice on Thursday ruled that Kosovo’s controversial breakaway declaration of independence from Serbia two years ago was not a breach of international law. Experts worry that this may spark more secessions.

Some experts warn the ICJ’s ruling may encourage breakaway movements elsewhere around the globe, complicating efforts to bring stability to places as diverse as Somalia and the three Caucasus regions – Nagorno-Karabakh, South Ossetia and Abkhazia.

International law specialists noted that, although the ICJ decided Kosovo’s declaration was legal, the court had actually elided around ruling that Kosovo’s declaration of independence also meant Kosovo, as a state, was a legitimate internationally recognised nation. As a result of this carefully defined ruling, both Kosovars and Serbs can find some grounds to declare a victory of sorts in the long-running dispute.

Kosovo’s breakaway has been the final stage of the dissolution of Yugoslavia that began at the end of the Cold War when Slovenia, then Croatia, Bosnia-Herzegovina, Macedonia, and eventually Montenegro became independent states, leaving Serbia alone. In the cases of Croatia and Bosnia-Herzegovina, independence also led to bitter warfare, fuelled by religious and ethnic divisions. Yugoslavia had originally been established after World War I, bringing together parts of the old Austria-Hungarian Empire with Serbia and Montenegro.

Kosovo had been incorporated into Serbia in 1913 following the near-final collapse of the Ottoman Empire’s European dominions. The majority of Kosovo’s population is ethnically Albanian, but a significant minority is Serbian. One of Serbia’s most historic, culturally defining sites, Kosovo Polje (Kosovo Field), the site of a famous military defeat of the Serbs by the Ottoman Turks nearly 700 years ago, is located inside Kosovo.

In 1989, Serbia cancelled Kosovo’s longstanding autonomy. Then, under Serbia’s communist chief, Slobodan Milosevic, the country carried out a thoroughgoing repression of ethnic Albanians in the territory. In response, some Albanian Kosovars began an armed rebellion and during the Clinton administration, at the behest of the US, Nato carried out a 78-day bombing campaign in 1999 to stop the ethnic violence. That eventually led to the expulsion of Serb forces and the establishment of a UN protectorate in Kosovo. Following the collapse of negotiations between the Kosovars and the Serbian government, Kosovo unilaterally declared its independence in February 2008.

In reading the ICJ’s opinion, a judgment whose political consequences may have an impact beyond Kosovo, Japanese jurist and ICJ president Hisashi Owada, explained that international law contains no “prohibition on declarations of independence”. As such, Kosovo’s declaration “did not violate international law”. Photo: Passengers wave the U.S., Kosovo and British flags as they celebrate in capital Pristina after the World Court said Kosovo’s declaration of independence was legal, July 22, 2010. Kosovo’s unilateral secession from Serbia in 2008 did not violate international law, the World Court said on Thursday, a decision with implications for separatist movements everywhere. REUTERS/Hazir Reka

Not surprisingly, Kosovo’s ethnic Albanian leadership seized on this decision. Foreign minister Skender Hyseni said, “This is a great day for Kosovo, and my message to the government of Serbia is ‘Come and talk to us’.” However, Serbia said it would never recognise Kosovo. Serb foreign minister Vuk Jeremic added that the ruling could well tempt other separatist movements around the world to issue their own declarations of independence.

Russia, Serbia’s long-time ally, opined that the ICJ decision did not provide a legal basis for Kosovo’s independence, but the US state department noted the opinion was “a judgment we support…. [And] it is time for Europe to unite behind a common future”. And, in a meeting on Wednesday with Kosovo prime minister Hashim Thaci, American vice president Joe Biden “reaffirmed the United States’ full support for an independent, democratic, whole and multi-ethnic Kosovo whose future lies firmly within European and Euro-Atlantic institutions”. Thaci also received good news from the International Monetary Fund on Wednesday when the IMF approved a loan package of $140 million for infrastructure construction and reconstruction, in addition to nearly twice that amount already available from the World Bank and the European Commission.

Balkan political experts such as James Ker-Lindsay at the London School of Economics say the ICJ had moved carefully in balancing the right of a people to self-determination versus the right of a recognised sovereign state to maintain its territorial integrity – and the court had effectively sidestepped the latter issue. Ker-Lindsay argued, “It has essentially said that Kosovo’s legitimacy will be conferred by the countries that recognise it rather than by the court”. But Alan Kuperman, a Kosovo expert at the University of Texas, countered with: “It’s going to reopen the can of worms and the question is, what do you do about it?” Photo: Women pray at St. Sava temple during mass prayers for Kosovo in Belgrade July 22, 2010. The World Court ruled on Kosovo’s unilateral secession from Serbia on Thursday in a case that could have implications for separatist movements around the globe, as well as Belgrade’s stalled EU membership talks. REUTERS/Marko Djurica

Some analysts argue that the legitimacy of the independence declaration from the court’s ruling could have profound consequences for secessionist movements in contested places ranging from northern Cyprus, to Somaliland, Nagorno-Karabakh, South Ossetia, Abkhazia and Transnistria (Moldova), among others. In explaining the Serb position, President Boris Tadic added, “If the ICJ opinion establishes a new principle, an entire process of creating new states would open throughout the world, something that would destabilise many regions of the world.”

American, British, German and French diplomats have previously argued that Kosovo’s independence is irreversible and they have cautioned Serbia it would embark on a collision course with the West if it pushed for a UN debate on Kosovo after the ICJ’s ruling. But, if Tadic’s gloomy prediction is correct, diligent readers may want to take their atlases off their bookshelves and get ready to sketch in a couple of new nations in the near future.

Nonetheless, some legal experts stressed instead that the court had avoided ruling directly on Kosovo’s legal status precisely to avoid encouraging separatist movements. Moreover, the court had left the question of Kosovo’s independence up to the determination of individual countries that chose to recognize its independence – or not. For example, Bert Barnhoorn of the Asser Institute for International Law, in The Hague, said, “The court invariably is very prudent and avoids making political decisions”.

Leading European nations and the US have previously been careful to emphasise Kosovo was a special case that is not a precedent for other groups to declare their independence. But at the hearings of the ICJ, Spain, Russia and China (countries that are dealing with their own secessionist movements like Catalonia, the Chechens, the Uighurs and Tibetans) all argued that Kosovo should stay in Serbia. In fact, China was apparently so seized with the question of the encouragement of other local independence movements that it made its first oral submission to the ICJ in more than 40 years on  the issue.

For more, read the New York Times, the Deutsche Presse-Agentur, Balkan Insight and the BBC.

Main photo: President of the International Court of Justice, Judge Hisashi Owada (C), Vice President, Judge Peter Tomka (L) and Judge Awn Shawkat Al-Khasawneh, start the court’s ruling on Kosovo’s unilateral secession from Serbia at the Peace Palace in The Hague July 22, 2010. The World Court rules on Kosovo’s unilateral secession from Serbia on Thursday in a case that could have implications for separatist movements around the globe, as well as Belgrade’s stalled EU membership talks. REUTERS/Jerry Lampen