LiveAid - the kind of help that ultimately harms

LiveAid – the kind of help that ultimately harms 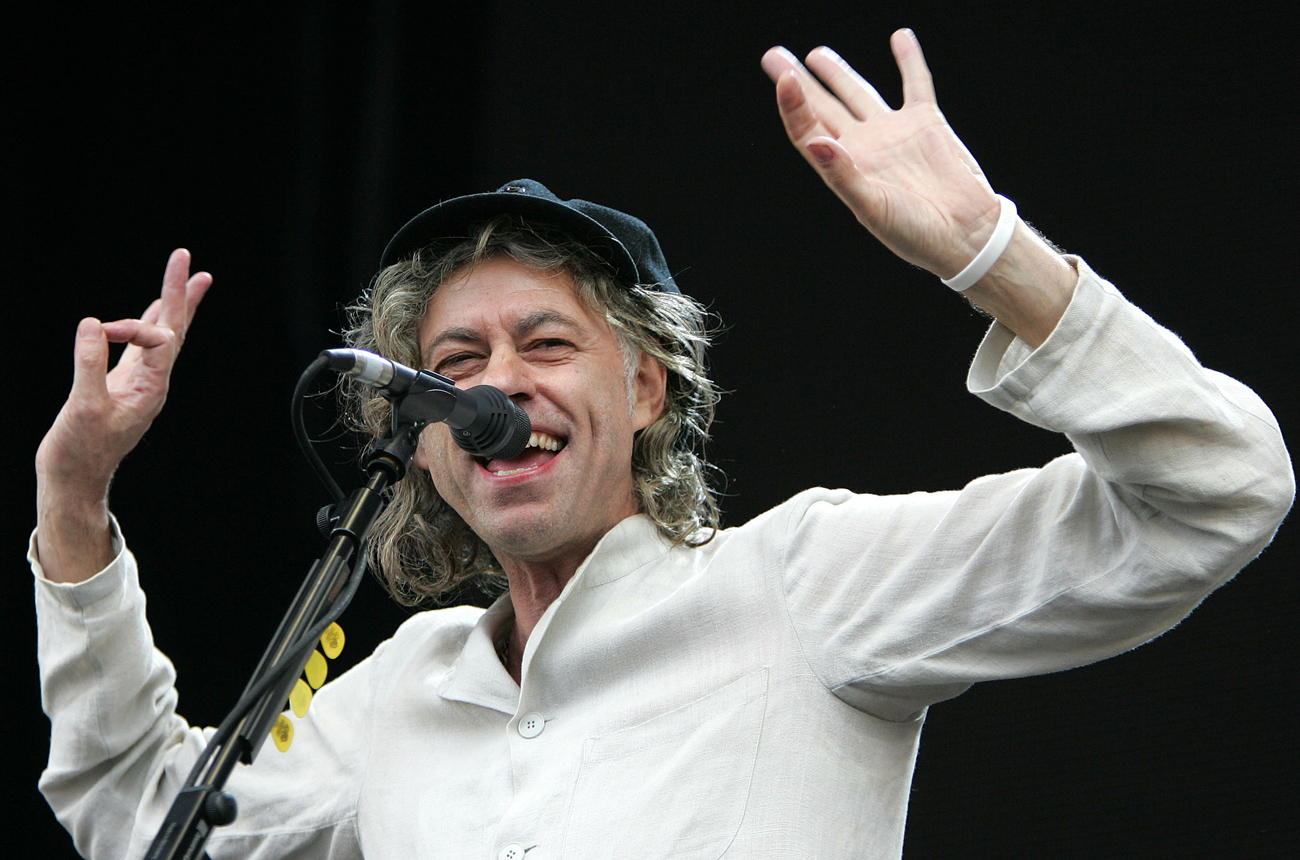 As LiveAid marks 25 years comes news that a movie will be made about Sir Bob Geldof, the man who made “kwashiorkor kid” the poster child for Africa, reducing a diverse continent into a terrifyingly simple cliché. It’s touted as a film about a man who could “think the unthinkable and achieve the seemingly impossible".

“Dawn. And as the sun breaks through the piercing chill of night on the plain outside Korem it lights up a biblical famine, now in the 20th century. This place, say workers here, is the closest thing to hell on earth.” It was this television news report by BBC journalist Michael Buerk that galvanised Bob Geldof into saving Africa.

Bob came home to find girlfriend Paula Yates sobbing over Buerk’s piece on feeding camps in Eritrea and decided to rescue Africa, or Ethiopia to begin with. Buerk would later say his report was “one of the most influential pieces of television ever broadcast”. It was influential enough to transform Buerk into a celebrity journalist and to rescue Geldof from what would later become a miserable solo career. What LiveAid did for Africa though is another story.

The BBC movie of Geldof’s life will undoubtedly set the man up as some sort of messianic saviour battling unspeakable odds to deliver charitable redemption to skeletal children with flies in the corner of their eyes. The film makers describe the television movie as “humorous, warm, tension-filled and ultimately deeply moving.” Called “When Harvey met Bob” it will tell of how Geldof and music promoter Harvey Goldsmith gathered 70 of the world’s top acts to perform simultaneously at the John F Kennedy stadium in Philadelphia and Wembley Stadium in London. Watched by 2 billion people in 60 countries, the broadcasts would help raise £150 million for Ethiopian famine relief. (And don’t forget Phil Collins’s Concorde flight across the pond so he could perform at both concerts.)

Geldof is still deeply sentimental about the event. Writing for UK tabloid The Sun Geldof told the people of England to be proud because they had led the fight to help the world’s poorest for more than 25 years. In the piece Geldof says the UK can claim credit for cancelling the debt borne by the “poorest of the poor”; for sending 42 million children to school for the first time and for ensuring 3.8 million “of the poorest, most ill people in the world get free medicine”.

“This country’s word is its bond. See, we can change things if we put our mind to it. At least for some people. At least for the most vulnerable and hurt in our world. We can do that. We proved it. Well done us,” he opined. Geldof obviously didn’t read CIA documents or see a BBC investigation that showed LiveAid money had been channelled to buy arms for anti-government rebel forces and that this further fuelled the very humanitarian crisis the charity was supposed to stem.

Watch: Bob Geldof about his war on poverty.

While Sir Bob was slapping himself and everyone in the UK on the back for fighting the good fight, Simon Anholt, a leading expert on national identity and nations’ brands spoke out about the damage Geldof had done to Africa. Creator of the Anholt-GfK Roper Nation Brands Index said Geldof’s relentless depiction of Africa as a single, hopeless basket case had harmed the long-term development prospects of the entire continent.

“I have often commented about the unintended damage done to the international standing and, consequently, the long-term prospects of poorer countries by well-intentioned charity promotion, and in particular the negative ‘branding’ of Africa by aid celebrities like Geldof and Bono,” said Anholt. “In order to continue to assist poorer countries, donors feel it necessary to paint as distressed a picture as they can of the recipient: Donor governments need to maintain the support of domestic taxpayers by persuading them the cause is worthy, while charities and other NGOs need to keep up the level of voluntary donations. The more desperate they make the country appear, the more successful their programmes will become.”

Anholt believes that in this way rich countries have exacted a high price for charitable support that is often manifest in the hijacking and degrading of a recipient country’s international image. “Using their vast credibility, resources and media influence, donors project onto the public imagination an unbroken stream of corrosively negative information, images and emotions about the recipient country and its population, to prove that no cause is more heart-rending, more urgent, and more (nearly) hopeless. By the time their programme has moved on to the next deserving cause, the country’s image may have been blighted for generations, leaving a powerful psychological and emotional disincentive to trade, investment, tourism and growth.”

Anholt maintains that foreign aid mechanisms corrode the economies of recipient countries making it impossible for local producers to compete equally and fairly against a steady stream of free food, goods and money. “What we have failed to notice is how it also makes pariahs of those countries in international public opinion, stealing their dignity as proper states with history, culture, nature, wisdom, language, learning and human endeavour by branding them as nothing more than victims and beggars for decades to come. Instead of images of natural and human beauty and variety, the ‘outside world’ is fed an unvarying diet of conflict, starvation, disease and despair; a world of dust and misery. Nothing could be more unhelpful for a country that needs to build an economy through the stimulation of trade, tourism, investment and productive cultural and political relations with other states.”

Geldof has played the Pied Piper in popularising this image of pathetic Africa with begging bowl in hand. Hopefully at some stage he’ll pause long enough to heed the call to stop hurting Africa. Maybe then he would wake up one morning and do what needs to be done: work on making Africa a partner of the world.

Read “Free trade – not aid – is path to prosperity for developing world” in the Mail Online, “The Failure of the Live Aid Model” in the Wall Street Journal and “Live Aid donations were diverted to arm Ethiopian rebels”in The Times.