Clay Shirky on journalists, media dinosaurs and the pub...

Clay Shirky on journalists, media dinosaurs and the public interest 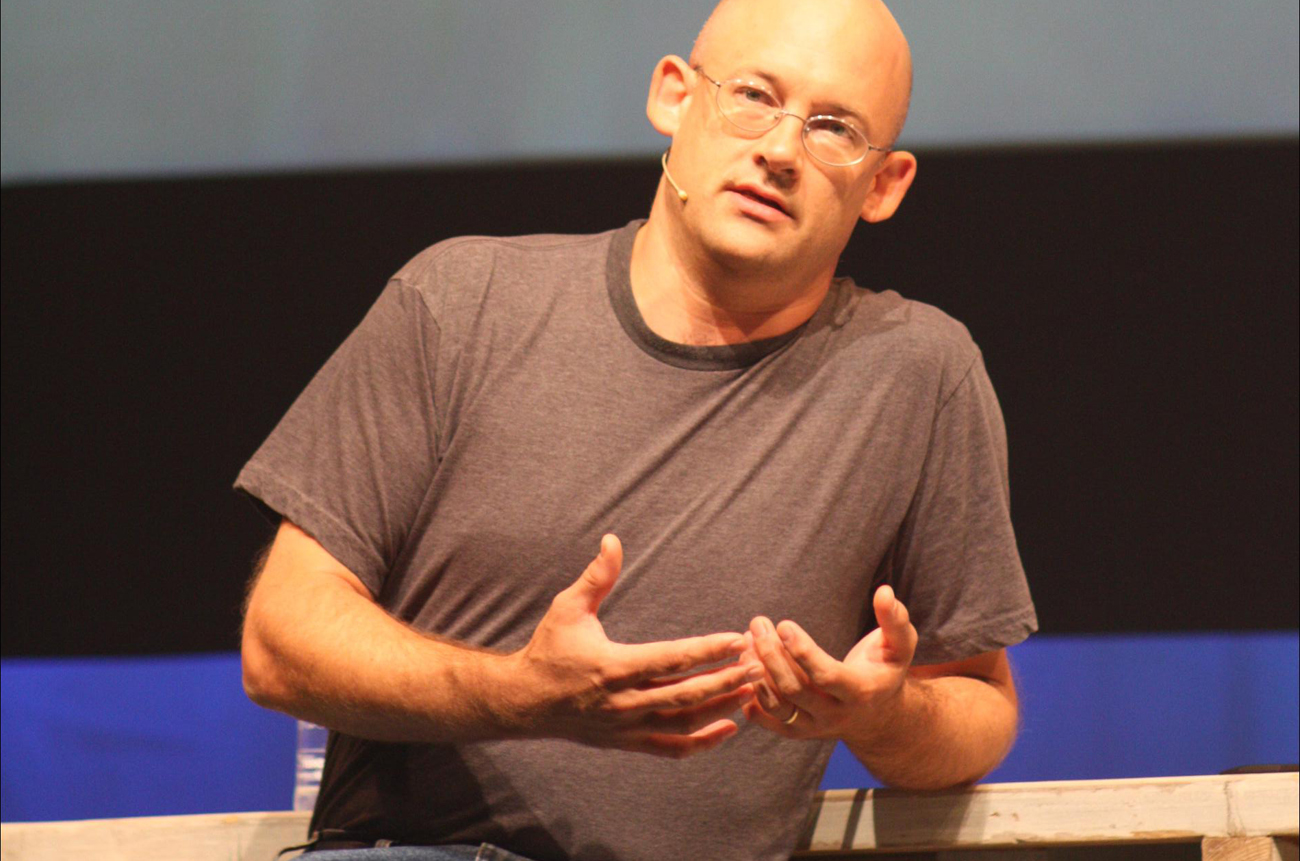 As the manic debate about the future of newspapers continues and Hurricane Social Media continues to wreak havoc, Clay Shirky believes the survival of print news is irrelevant. What everybody should be in a stew about is sustaining the civic function of journalism and the future of hard-news reportage.

If you own a media company, Clay Shirky has nothing to say to you. He’s not concerned with your imminent collapse. Rather, what worries one of the world’s top Internet thinkers is the role of “civilian journalists” and the function of employees of big news companies.

“I don’t have advice to give to the companies. What matters is not the companies, what matters are the employees,” says Shirky. “When you look at a newspaper, and I spent some time doing that with a customer, taking apart a perfectly average American metro daily newspaper in a mid-sized town in the mid-West which had 59 staffers on the masthead. Five of those people were hard-news reporters, and 11 were sports reporters. It is not about saving the newspaper. There is going to be plenty of places in society for people to learn about sports. What does matter and what we should care about is what happens to those five hard-news reporters.”

Shirky maintains that the idea of holding up the entire apparatus of a newspaper just to secure five salaries is crazy and the big split in the media landscape is between those who assume older business models should endure and those who simply don’t care. “What we should really care about is the civic function of the reporters. If we worried about that, the landscape would look very different,” says Shirky. Revered by journalists and media experts as one of the leading thinkers on how the Internet will affect journalism and media business models, Shirky teaches new media as a course at New York University. He is also the author of the best-selling “Here Comes Everybody” and the just-published “Cognitive Surplus”.

“My advice to reporters is the same twofold advice to every other industry touched by the Internet. The first is reduce cost as much as you can and the second is experiment like crazy. So it may be that 10% of the newspapers go away and the industry stabilises, or it may even be that 90% of the newspapers go away and (only) then the industry stabilises. Whichever of those scenarios happens, what we really should be worried about is what happens to the reporters, not what happens to the newspapers.”

Most traditional media business owners have reacted like a deer-trapped-in-the-headlines in the face of the social media onslaught. Shirky says this is because organisational models that have propped up public media since Gutenberg invented moveable type are essentially unconscious and deeply conservative. “It is very, very expensive to set up shop and this is true whether you are buying a printing press, or a broadcast tower or laying wires. It is incredibly capital intensive. What that does is limit the competition. No matter how competitive media outlets were, you could count, typically on the fingers of two hands, the number of serious competitors in the landscape.”

Scarcity and abundance are central to Shirky’s view of the media. “All the economics and cultural practices of those industries were organised around scarcity. Once social media came along and every citizen who had access to a computer or a cellphone could be a publisher, all the cultural organisation and the economic organisation around scarcity just went away.” Shirky laughs and talks about Martin Luther who used the printing press to the most dramatic cultural effect by kick-starting The Reformation. “It was Luther who complained later in his life that there were all these other people writing books too. He liked the printing press to get his message out, but said he’d prefer the printing press (did so) without anybody else being able to get their messages out there (too).”

Watch Clay Shirky talking about the value of journalism:

Shirky says this anecdote epitomises the problem with traditional media. They enjoy the lower cost and increased reach of the Internet, but not the competition over content. “The problem is that everybody has the same access to that same media. The change from the economics of scarcity to the economics of abundance in the history of the media business is the kind of change that it is almost impossible for traditional businesses to deal with without significantly reshaping.”

Tired of the whole paywall debate, an outdated conversation he’s been witnessing for 15 years, Shirky says the normative reason to be worried about paywalls is news flow. “If an important news story breaks and no one can tell anybody else about it because they are contractually forbidden (to do so), it is hard to see how something like the paedophile priest scandal would have gone from being a Boston story to being a global story. If The Boston Globe had a working paywall, that story would never have left northern Massachusetts.”

In Shirky’s world, as in The Daily Maverick’s, what is crucial is that the public interest continues to be served, regardless of what happens to traditional media companies.

Read Clay Shirky’s thoughts on “Newspapers and Thinking the Unthinkable”.

Photo of Clay Shirky by Kandinski.