Analysis: As Masoga is expelled from ANC Youth League,...

Analysis: As Masoga is expelled from ANC Youth League, Malema heads deep into the darkness 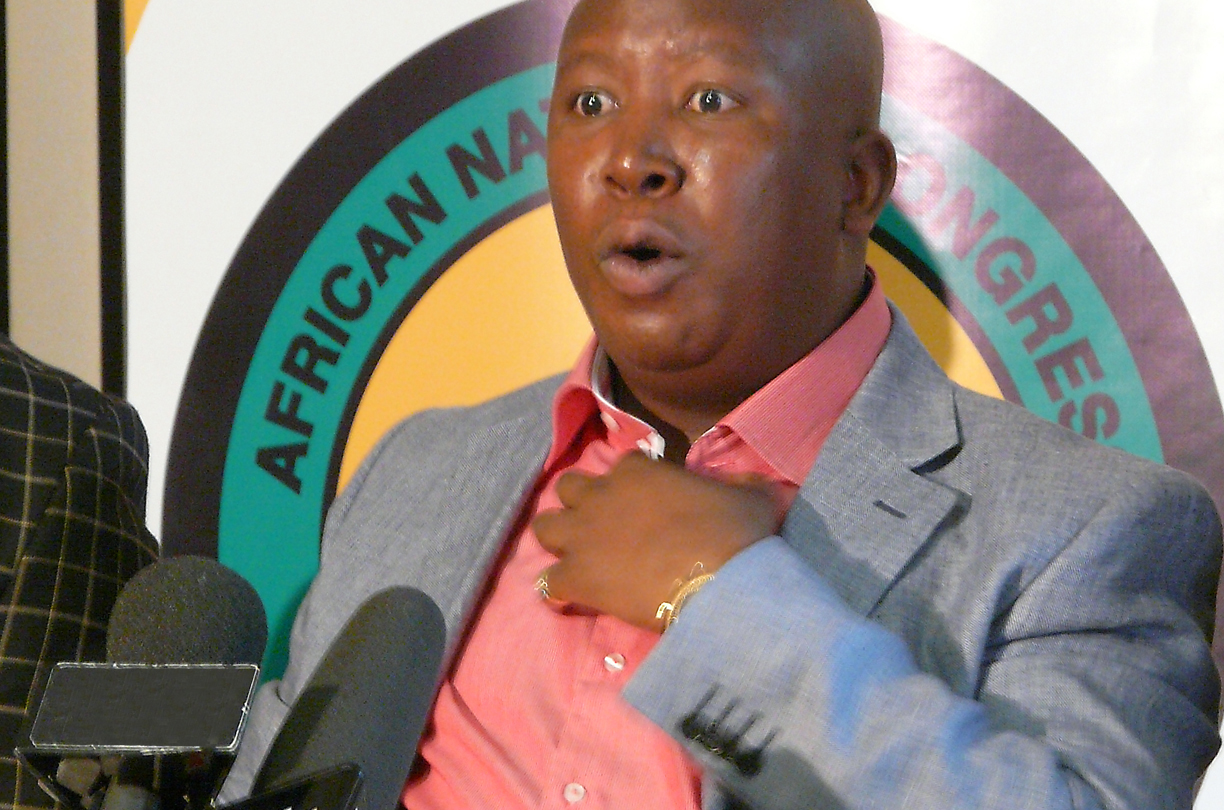 In an equivalent of a bully going straight through a restraint order, Julius Malema expelled Lehlogonolo Masoga from the Youth League on Monday. That, despite all the out-of-court settlements brokered by the ANC. And, not content with breaking one deal, Malema is now hell-bent on defying a court order in another.

For many a month we’ve pondered the question: Who is actually in charge of the ANC?

And for almost as long, it’s been a toss-up between Julius Malema, Mathews Phosa and Gwede Mantashe. Well, the latest stirrings within the Youth League suggests the situation is just too far gone for that. But it might tell us who is NOT in charge. It could also be the first time any formation of the ANC crosses the line by defying a court order – but more about that later.

The Lehlogonolo Masoga saga started as a minor uprising against Malema in Makhado, Mpumalanga, far away from the prying cameras and microphones of non-SABC media. But now it’s turning into the most revealing soap opera we’ve seen for some time – one about who can and cannot do what to whom and so on.

The real battle behind all the chaos remains Malema versus Jacob Zuma. For ages it’s been about Malema against Mantashe, but things have changed. And yes, we know he’s the guy who claimed he would kill and die for Zuma, and continues to profess undying loyalty – but that was then, and this is now.

On Monday Malema, with the connivance of a majority of the League’s national executive committee, managed to get Masoga expelled from the League. Supposedly this was because he tried to organise another conference after an unfortunate incident involving his premature ejection from the Makhodo conference by the local constabulary at Malema’s behest. Fine and dandy. But Masoga appears to have some support within the ANC itself. Just last week he was told by Mantashe, acting on behalf of the ANC’s “top six” officials (Phosa, Mantashe, Motlanthe, Baleka Mbete, Tandi Modise and Zuma) that they would intervene and that the court action was unnecessary. On Monday, by expelling Masoga, Malema upped the ante and showed that his regard for the top six is pretty much zero.

That the top six have not acted is also more than revealing: Mathews Phosa seems to be on Malema’s side (he’s the attorney who represented him at his disciplinary hearing), and, it is whispered, is very interested in the battle between the tenderpreneurs and everyone else. Mantashe is against Malema, we presume deputy president Kgalema Motlanthe would be with him. Zuma himself has publicly acted against Malema and instituted the disciplinary action himself. Modise is harder to read, as is Mbete. But either way, the top six are divided, which means that Zuma is no longer in control.

Well, we’ve known that for some time, but this really illustrates the point. Mantashe doesn’t seem to be in control either, but he has firmer support from the unions and the left than does Zuma, so he may live to fight another day.

It’s Zuma himself who could, somehow, turn out to be the person most damaged by the Youth League’s troubles. Which would mean the game of using Malema to weaken Zuma, that’s been played by several people (including, we believe, Phosa and Siphiwe Nyanda) is now really working.

There’s also the problem that the usual lines of communication between the ANC and the League have been broken. There was a time when Motlanthe, as secretary general of the party, was the person putting the handbrake on plans by Fikile Mbalula and co. to unseat Thabo Mbeki. He had that much influence on them. Nowadays, anyone in the same room as Mantashe and Malema probably needs protective clothing. But this also means crucial people are out of the loop.  It seems that at least some of the ANC’s national working committee first heard of Malema’s guilty verdict on Friday through the media. And Masoga himself says he first heard about his expulsion when the League put out a statement (through our friend, Floyd Shivambu) explaining his fate. In other words, he was not officially told, nor has he received any papers to this effect. His patience must now be wearing thin. He has nothing left to lose, but to go back to court. He hasn’t done so yet, but it is a near certainty.

But he can console himself with two facts. The first is that Malema’s fighting on many fronts. Just this weekend the League’s NEC decided to disband the provincial executive committee of its Eastern Cape branch again, even as 10 days ago the Grahamstown High Court ruled it didn’t have the power to do so. This is important. No matter how white, racist or wrong a judge may have been in South Africa since 1994, the ANC and the government, have always respected court judgments. They’ve always obeyed them, no matter how contrary to their views or policies their judgments have been. From the Aids war over Nevirapine to the “Shoot the Boer” songs, judgments have been respected.

Malema appears not to give a fig for all that and, while it should be a major warning to his enemies, paradoxically his allies should be even more disturbed. The recent events reveal a politician that will not be stopped in his quest and who will one day run over his friends if they find themselves in his path. You have been warned.

From his side, Masoga can find a bit of consolation in the fact that, by resorting to such extreme measures, Malema is showing his desperation. He’s crossing perhaps way too many lines. We’re not going to place too much money on this, but we’re willing to bet the largest cappuccino available that Malema will not be leader of the Youth League in 2012. We’re not yet ready to pronounce on Zuma though, but the longer this carries on, the worse his chances become of winning a second term.

But, as always in South African politics, anything could happen in the meantime.