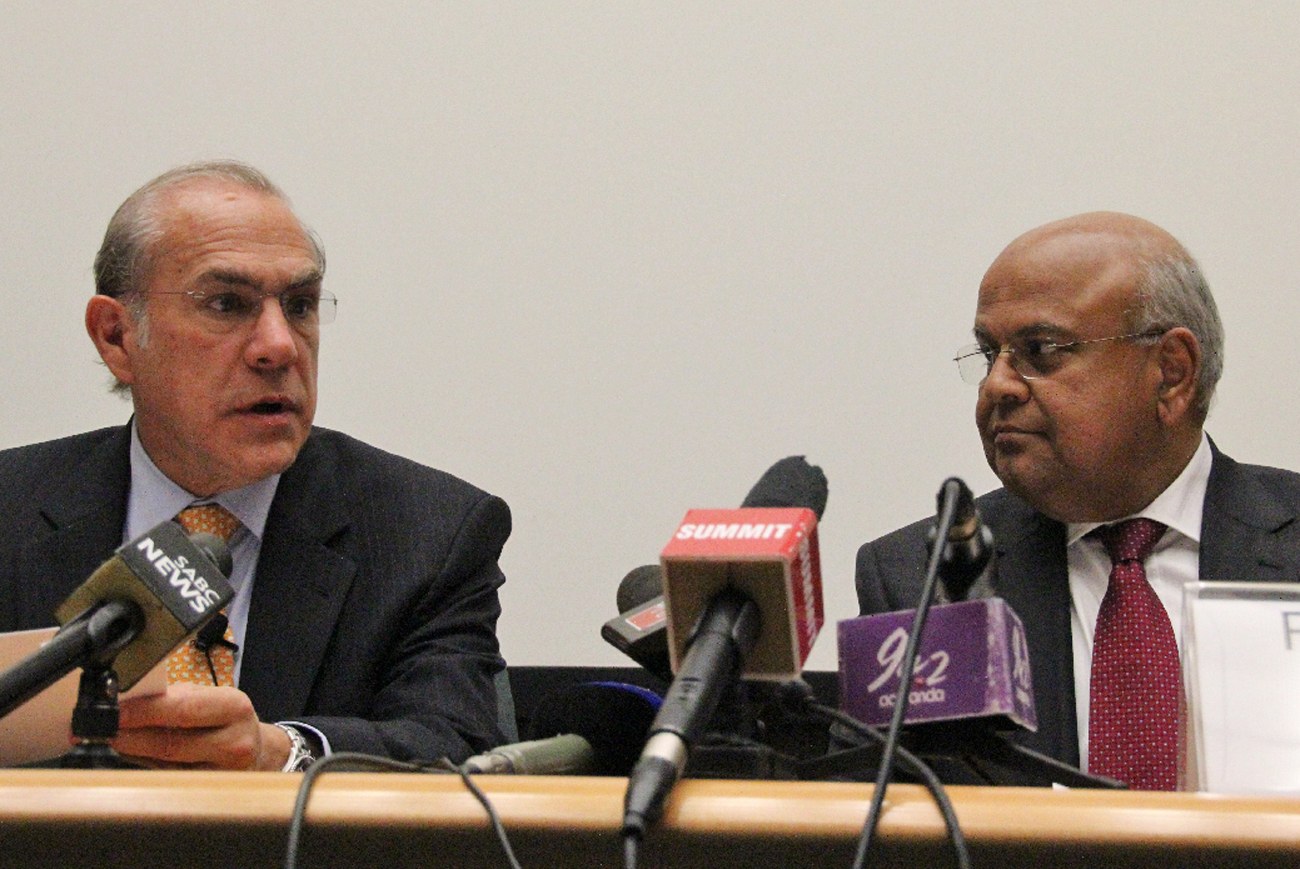 The Organisation for Economic Co-operation and Development isn’t actually calling for the Tripartite Alliance to be shot, execution-style, in the back of the head. But its survey of the South African economy strongly suggests that the rate of future economic growth will depend on how well the government implements some of Cosatu’s policies – while dismantling the structures that are seeing union members earn more while young people earn nothing at all.

When the OECD talks, people tend to listen, because its research is authoritative enough to be used by the governments and corporations of its member states – and those members make up some of the biggest export markets with the biggest pools of available capital in the world.

So when the OECD says South Africa is doing a good job in most policy areas, those potential investors will be pleased. And when it says that Cosatu has some good ideas but that its member unions are an obstacle to increased employment and economic growth, they will be less pleased.

Not that the umbrella union is mentioned by name in the first detailed survey of the South African economy by the OECD, released on Monday afternoon in Pretoria. But reading Cosatu into it is instructive.

“There are… signs of a growing dualism in labour markets, with large union wage premium and rising real wages in larger formal sector firms, but broadly stagnant economy-wide real wages,” the organisation warns at one point, shortly after noting the “surprisingly strong wage settlements considering the extent of labour market slack”.

Making sure that wage increases are linked to South Africa’s target inflation rate (and don’t end up driving inflation) is one of the OECD’s primary recommendations to policy-makers. It believes that failing to do so will deny the country the opportunity to put more people in jobs, become more competitive, and grow the economic pie faster. But “wage moderation”, as it so gently puts it, has certainly not been the case in recent wage negotiations. Instead unions demanded – and got – a substantial repricing of their members’ services.

Which leaves others out in the cold. Like young people, who are disproportionately unemployed in many parts of the world, but doubly so in South Africa, no thanks to government intervention.

“Survey evidence suggests that the existing programme of learnerships, subsidised training with preferences for employees hired out of unemployment, has suffered from an excessive administrative burden,” the OECD says. Translation: all those sector education outfits and youth development agencies cost a lot and do little.

Instead, the OECD recommends some ideas that have been talked about in SA, and are as kryptonite to certain political groupings. Lower minimum wages for younger people, for instance, and longer probation periods during which it is easy to fire them.

Think Cosatu and the ANC Youth League will bite? No, we don’t either.

And that is the problem with many of the common-sense recommendations contained in the survey. At least as far as the labour market goes, policy will always be constrained by a powerful labour movement that sits right in government.

Yet Cosatu isn’t the sworn enemy of the OECD in every regard. The body would like to see a weaker rand, although it recommends a less dramatic market intention than Cosatu; the OECD thinks more forceful buying of foreign currency when the rand is strong, and more forceful language directed at speculators, will do the trick. It would also like to see an end to any form of subsidy of electricity prices for industrial users, which would mean perforce (slightly) lower prices for consumers.

Neither that, nor the implication that Cosatu should be on the outside looking in to government, is likely to be what the ANC and executive concentrate on, though. More pleasing by far is how the organisation describes South Africa’s fiscal prudence and weathering of the recent recession. There is almost a sense of amazement when it relates, to its foreign audience, how easily the strong South African banks weathered the storm.

That is the kind of language governments like to hear, after all. Challenges to the basic structure of their ruling alliance? Not so much, especially not when basking in the afterglow of the World Cup. Right now, however, is when the OECD believes SA has its best opportunity to make changes: while the benefits of the World Cup are still being felt.

“This tailwind should be used for reforms, which will broaden the opportunities for South Africans to improve living standards,” OECD secretary-general Angel Gurría said at the launch of the report. Unsaid, if implied: or face the consequences.

Photo: OECD secretary-general Angel Gurría and finance minister Pravin Gordhan at the launch of the survey in Pretoria. (The Daily Maverick)