World Cup happiness, our best chance of beating rabid extremism of all kinds 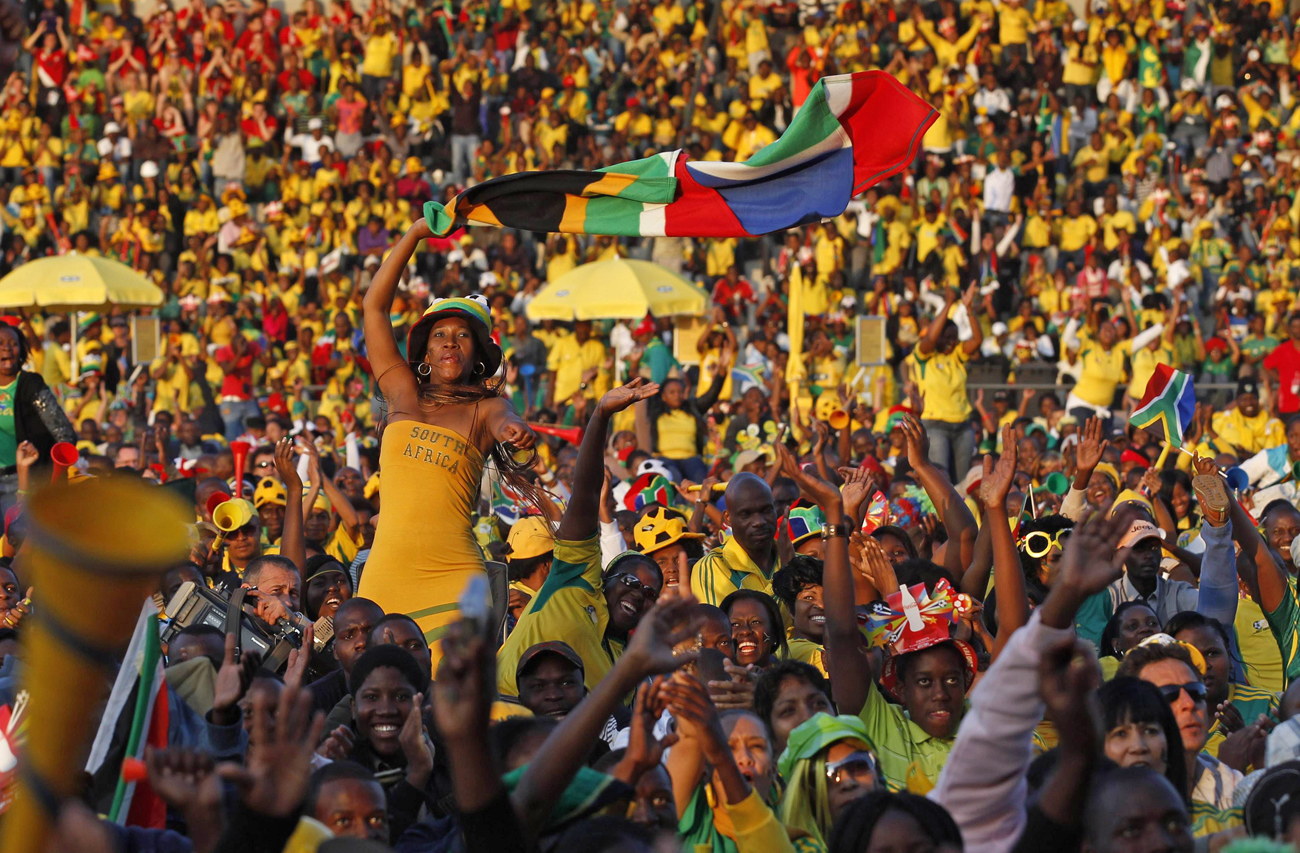 With new research showing that anxiety and uncertainty fuel rabid religiosity and that smarter people don’t believe in a God, it’s a good thing the World Cup has made us more secure and hopeful.

If York University researchers are to be believed, South Africa is a country filled with rabid religiosity, but the fact that we’ve become more happy, hopeful and confident could see some of that extremism abate.

York University researchers recently published the results of a study into what causes more radical religious beliefs in the Journal of Personality and Social Psychology and the verdict was that extremism is all a matter of uncertainty and anxiety.

The social scientists at York placed 600 participants in angst-causing situations or more neutral and calm environments and then asked these people to rate their religious conviction. The results were fairly obvious if you pause to think about them for a bit. Most people who believe in a deity or higher power become more fervent and worshipful when faced with death, disease or a major life event that threatens their status quo.

What’s interesting about the research though, is that it draws a direct correlation between state of mind and religiosity, if not fundamentalism. The questions asked by the researchers included one that queried participants on whether they would surrender their mortality for their faith or support a war for what they believed in.

The study found that anxious participants more readily engaged their belief in divinity and were much more extreme in their religious conviction. Faced with a dilemma there was a rush by participants to embrace idealism. Even struggling with mathematical confusion saw a spike in radical religious extremes. Not surprisingly relationship uncertainties elicited the same zeal. Participants identified as more prone to anxiety and who felt the most hopeless about life were shown to be the biggest zealots.

Explaining the phenomenon, lead researcher Ian McGregor, an associate professor at York’s Department of Psychology said what’s responsible for the religious reaction is a basic motivational process called Reactive Approach Motivation (RAM). “Approach motivation is a tenacious state in which people become ‘locked and loaded’ on whatever goal or ideal they are promoting. They feel powerful, and thoughts and feelings related to other issues recede,” said McGregor.

“RAM is usually an adaptive goal regulation process that can re-orientate people toward alternative avenues for effective goal pursuit when they hit a snag. Our research shows that humans can sometimes co-opt RAM for short-term relief from anxiety, however. By simply promoting ideals and convictions in their own minds, people can activate approach motivation, narrow their motivational focus away from anxious problems, and feel serene as a result,” he said.

Earlier research by the team found that the activity in the anterior cingulate cortex – that part of the brain that switches on during times of high anxiety – is generally low in subjects with strong religious beliefs.

“Taken together, the results of this research programme suggest that bold, but vulnerable people gravitate to idealistic and religious extremes for relief from anxiety,” said McGregor.

Given we don’t have the best ecological footprint, life satisfaction up until the World Cup hasn’t been great and life expectancy in South Africa is not so great either, the country has a definite predisposition toward anxiety. But do bold, vulnerable personality types predominate in South Africa?

Certainly our political landscape reflects a clutter of egoistic, insecure personality types. That’s why we owe a debt of gratitude to the World Cup. South Africans seem to be a lot more hopeful and confident after Sepp Blatter’s football event – meaning extreme idealism and rabid religiosity will hopefully take a back seat.

And that’s probably a good thing because of that other research shows intelligent people are a lot less likely to believe in God.

God knows we need good thinking to keep our country on track and to take us forward after the World Cup.

Read more: Satoshi Kanazawa on IQ and the value of nations. Visit the Happy Planet Index.

Photo: A South African waves a flag as she watches the 2010 World Cup opening match between Mexico and South Africa on TV screen at the fan fest in Nelspruit June 11, 2010. REUTERS/Ivan Alvarado