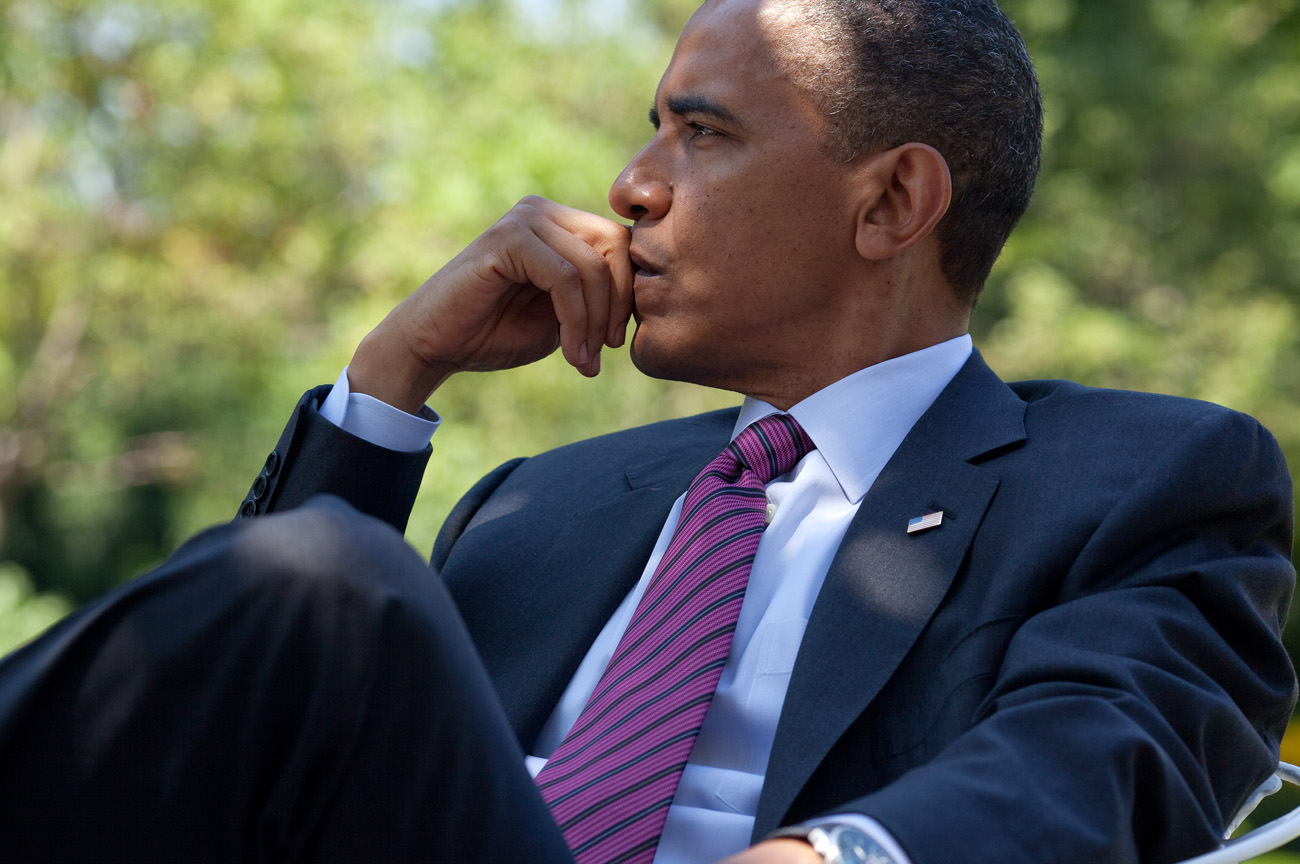 On Thursday, the US Congress passed a major expansion of federal financial regulation, reflecting a return to governmental wariness of financial markets after years of dewy-eyed admiration of the wonders of Wall Street's money-spinning.

The bill was pushed hard by President Barack Obama and Congressional Democrats as a serious and concrete response to the 2008 financial crisis. It passed in the Senate by a margin of 60 to 39, as Democrats picked up three Republican votes. This final vote came after almost two years of debate and lobbying over the most effective way to respond to the way financial excesses pulled the country into the worst recession since the Great Depression.

The bill includes a long litany of repairs and changes to an ageing regulatory system that seems unable to keep pace with the scope and complexity of modern finance. Among its many provisions are more financial companies becoming subject to federal oversight, many derivatives contracts will now be regulated and the government will set up a special panel to detect risks to the financial system before they become disasters. It also establishes a consumer protection regulator.

However, the bill also gives the responsibility of working out many of the details to federal regulators. As a result, it will inevitably set off battles among regulators, the regulated and various congressional factions that could well take years to reach a final settled financial environment – by which time the country will probably need a whole new round of financial regulatory architecture to cope with the next crisis.

Previously, so-called “usury laws” were set aside, banks had been given permission to operate in more than one state and were allowed to sell insurance and trade in securities. The government added virtually no new regulation, even as a growing range and amount of financial activity moved to private investment funds, unregulated lenders and black markets – or black hole-like derivatives trading. Attentive readers may recall just how well all that eventually turned out.

This go-go era of heady enthusiasm and irrational exuberance has now decisively come to an end with passage of a financial regulation bill that has reasserted the critical importance of federal supervision of financial transactions.

As the bill was moving to final passage, Obama commented: “The financial industry is central to our nation’s ability to grow, to prosper, to compete and to innovate. This reform will foster that innovation, not hamper it. Unless your business model depends on cutting corners or bilking your customers, you have nothing to fear.” He is now expected to sign the bill into law next week.

Not surprisingly Republicans were less enthusiastic. Republican Senator from Alabama, Richard Shelby, inevitably insisted the new law would create “vast new bureaucracies with little accountability and … undermines the competitiveness of the American economy. [And] unfortunately, the bill does very little to make our system safer.”

If the healthcare reform fight had not already proved it, the financial reform package showed Obama is tough enough to push a controversial piece of legislation through the US Congress. And, despite the adage, he’s clearly learnt how to herd those unruly cats – at least with the current, heavily Democratic congress.

But, paradoxically, these legislative successes have exposed a weakness in the larger American political universe for him. Despite wins via a good inside game versus Congress, his overall support from voters continues to ebb as the country remains in the economic doldrums. These contradictory pulls may well push Obama into having to rein in his legislative programme and ambitions – especially if the Democrats lose some serious ground in the November mid-term election which has the entire House of Representatives and about a third of the Senate up for grabs.

Still, this newly passed financial regulatory bill represents the third part of Obama’s key legislative goals that included the economic stimulus package and the national healthcare reform. Taken together, over the past year and a half, Obama and Congress’ Democratic leadership have crafted a record of accomplishment of what could be termed the most ambitious governmental social and economic agenda in many decades.

And, in fact, Obama has – in large measure – delivered on the legislative agenda he promised to achieve, as he campaigned in the 2008 election. In the teeth of “the Great Recession”, measures by the Obama administration injected nearly $800 billion of government funds into the economy. It extended healthcare to more than 30 million people who previously lacked medical insurance. And, now it has thoroughly reset the balance between the government’s regulatory framework, Wall Street and investors and consumers.

But, here’s the thing. The nation’s political circumstances are now very different from what they were two years ago. Unemployment stubbornly remains close to 10%, controversy still swirls around the cost and effectiveness of the stimulus package and, together with the anger and anguish at the BP oil spill, there is growing doubt in the public mind as to whether the Obama administration actually has what it takes to deal with big, big issues. Conservatives and tea party supporters, as well as that whole claque of right wing media hatecasters, increasingly argue that Obama’s presidency is the problem not the cure. As a result, this rising tide of doubt about the Obama administration’s gravitas or effectiveness is contributing to polling numbers pointing to a resurgence of Republican votes in congressional and senate races this November.

The latest CBS News poll, for example, showed that, although a majority of the population supported more regulation of banks and similar financial institutions, almost 75% of Americans said the stimulus bill didn’t help the economy, and only a little more than a third gave their support to the healthcare law. Only 40% of Americans now approve of Obama’s handling of the economy. And, more troubling still for the president, more than half responded that he was not spending sufficient time on the economy. More than 60% said the president’s economic plans and policies had had no impact on them personally and only 13% said they had been aided by these policies.

Charlie Cook, editor of The Cook Political Report, a non-partisan newsletter that tracks Congressional races and is a veritable bible for political analysts, said the voters “were enormously frustrated last year by the fixation on healthcare when they wanted a focus on the economy, with Democrats losing the messaging fight on whether what they did was right and effective or not”.

Of course, it’s still only July and a lot can still happen between now and November. Americans are entering their summer vacation period and for most people, American electoral politics only really begin after Labour Day early in September. That holiday marks the end of summer vacations and a return to school and work. Still, what Obama and his allies have seen so far as a progressive, activist, effective, fair and efficient administration is being framed by his opponents as a government that is overreaching and profligate, especially where it deals with the US economy.

These different perceptual universes have already pushed the White House to recalibrate its message and to dial back some of its hoped-for plans. For example, the administration has already scaled back its planned energy bill, having determined it would not pass Congress. And if, as predicted, the next Congress is more Republican, such a bill would be even tougher to get passed. And so a scaling back of ambition will probably become a tactic Obama will increasingly need to resort to in 2011.

Steven Elmendorf, a Democratic Party-orientated lobbyist who worked for years as a senior Democratic aide in the Congress, told reporters: “The reality is he talked before the election about what he wanted to do, and he’s done it. He didn’t trim his sails, he didn’t change his philosophy. He didn’t compromise. The test will come in the fall – can he and Democrats in Congress make the case to the American people that what he did was the right thing to do?”

Complicating matters tactically for Obama is that generally he has been unable to peel off Republican senators or congressmen to join in supporting his proposals. In the case of the financial reform bill, only three Republicans voted for it on Thursday, tracing the pattern that has emerged over the past year-and-a-half. If Republicans win either house – or both – Obama’s task will become that much more difficult as his opposition becomes more emboldened by victory.

Such a situation could lead to real gridlock in the congressional-presidential relationship – or it might push Obama to reshaping his administration into something that looks like a middle-of-the-road, moderate, pragmatist administration, finding a shifting coalition of support for each new proposal or measure and only proposing what can gain enough support to pass. Stay tuned, there is much to come.