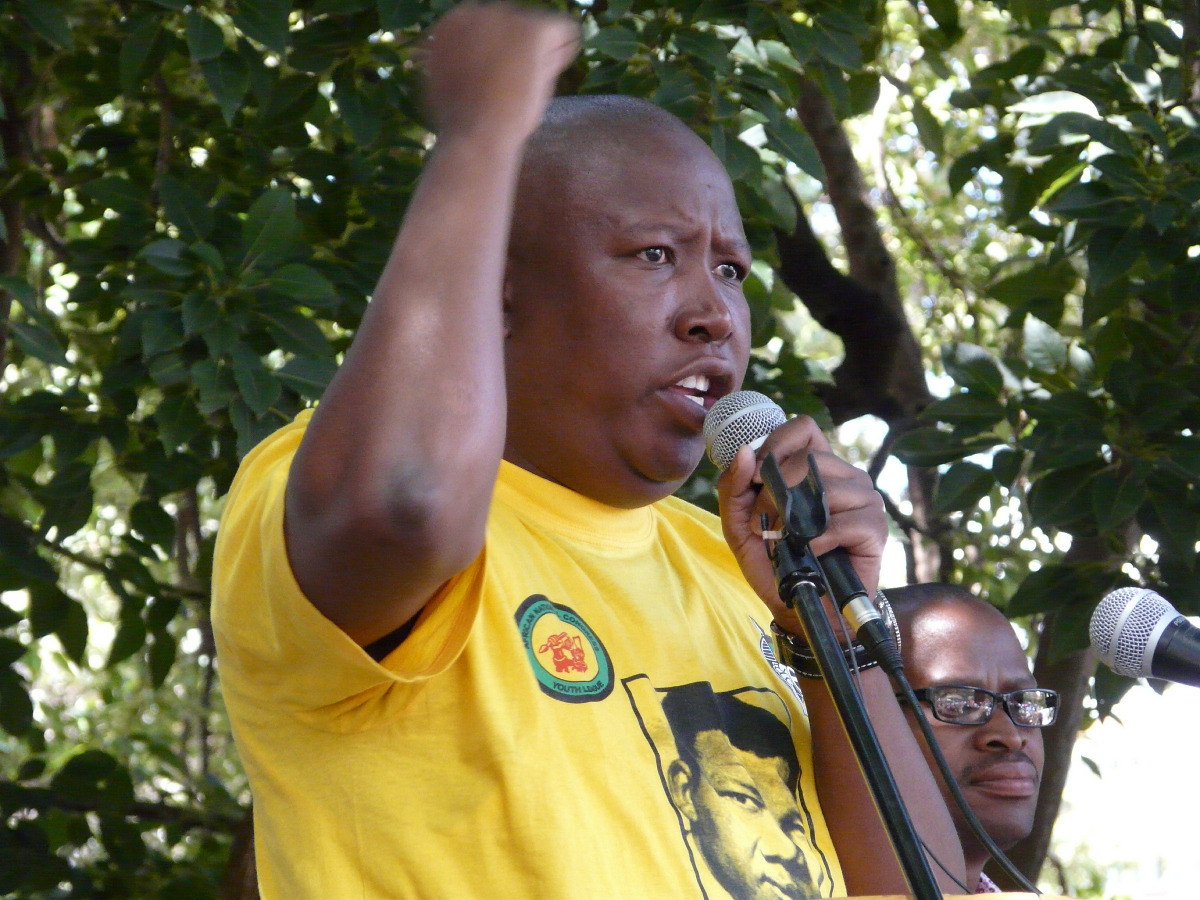 The ANC leadership has now stepped into the fray involving Julius Malema, the National ANC Youth League, and the Limpopo's prodigal son, Lehlogonolo Masoga. He’s the guy who was “allegedly” thrown out of the League’s Limpopo conference, for daring to run against Malema’s hand-picked candidate.

Lehlogonolo Masoga could well go down in history as the guy who started the rebellion against Julius Malema. Of course, it’s far more complicated than that. But he was the one who first publicly put his head above the parapet, and said that he would run against one of Malema’s mates. Which led to Malema chucking him out of the Limpopo conference. It’s eerily like what happened between Thabo Mbeki and Jacob Zuma. Someone seems all powerful, conquering all who come before him, until someone else rebels against him. In Zuma’s case it was probably his refusal to resign as SA’s deputy president after the verdict in the Shaik Trial. Here, it was Masoga’s decision to go to court to stop the League’s disciplinary action against him.

In our view, he had a very strong legal case. Particularly because the League’s National Disciplinary Committee, which should have heard his case, was completely replaced by a new group of people. Which is not what any judge would call “due process”.

So, why then did Masoga give up this massive leverage? He must have been given something in return, or made to think he’d been given something. It seems it was an assurance from Luthuli House that “something” would be done. He won’t say publicly who he met with, but he does say that it was someone acting on behalf of the “top officials”. To you and me that means Gwede Mantashe. So late on Monday night Mantashe met Masoga. Hell, they must be worried about the League. But they also probably realised that the League was very likely to lose this case. And last week the Eastern Cape League’s Provincial Executive won its case against the national League, so a second loss would be terribly damaging.

The national League had hired Patrick Mtshaulana SC to represent it. He’s the former head of the General Council of the Bar, and is the definition of heavyweight. He’s also been around the block a few times, so probably knows that when his client’s case is hopeless, and that when they refuse to listen, perhaps there’s another person to call. Either way, Mantashe acted.

Masoga was particularly cheerful around the court precinct before and after the hearing, and says it’s a victory. And while in Youth League politics the most cheerful are often just the guys who don’t know they’ve lost yet, we didn’t get that vibe from him. He’s got his whole political life to play for, and judging by his appearance, is not too short on resources. So he’s been given something.

It appears that something is a proper assurance that the Limpopo conference that saw him ousted will be held again, this time without the local constabulary at Malema’s beck and call. That would surely be the only thing he would have accepted. He had leverage, and had shown that he wasn’t afraid to use it.

The League itself hasn’t changed its tune at all. Its spokesperson, and leading candidate for rudest public figure of the year, Floyd Shivambu, refused to talk to your correspondent just after the case. That’s become pretty standard: your reporter is white, and Shivambu refuses to talk to him on the ground that he’s “racist”. (Then again, according to Shivambu, so is Jeremy Cronin, so go figure.) But later in the day, Shivambu released one of his trademark rants dressed up as a statement. “The ANC Youth League National Disciplinary Committee will continue with its disciplinary process against Mr. Masoga and other members of the ANCYL who have been charged for misconduct,” he said. In other words, we have leverage of our own.

The trick now is to ask if this is sheer bravado, or if he and Malema do actually have something up their sleeves. Malema is politically astute, so it is possible that he has something in the works. But it’s more likely that they’re just showing they still have leverage over Masoga. Of course, they forget that he too can simply go back to court, if anything doesn’t happen the way it was agreed. But they have shown that that their disciplinary process is flawed and it remains their weak underbelly. Their real dilemma now will be whether to bow down to the national ANC, as Masoga has kinda done, or whether to defy it. Both courses carry huge risks. Holding the Limpopo conference again would be a huge public slap in the face for Malema and a massive step back, not to mention a blow to his hopes of staying on as leader after next year’s national conference. But going against the ANC could end very badly indeed. It would mobilise the entire machinery of the party against him.

Either way, someone is about to get screwed. Masoga or Malema is about to get a big attitude-adjustment klap. If the Limpopo conference is held again, then it’s Malema. This seems to be the most likely course right now. But remember our old phrase “things are very fluid at the moment”, that is, things are moving fast. Malema seems to be on the losing side of this one. But there’s our usual disclaimer. We could be wrong.