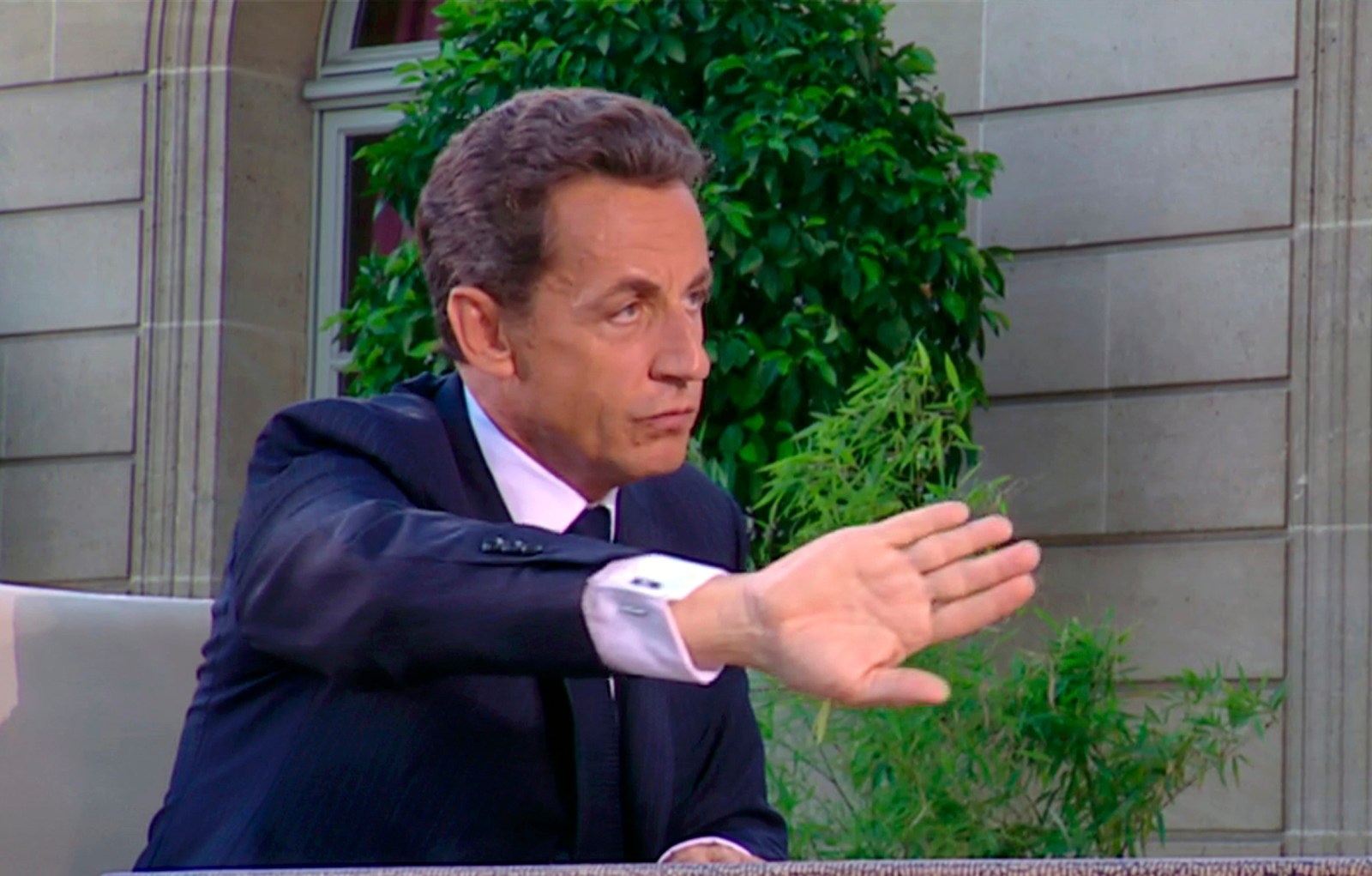 President Nicolas Sarkozy went large and live on French TV in a Q&A format on Monday night to put paid to all those pesky allegations of illegal political donations from high-fliers supporting him and his party.

In doing so, Sarkozy gave his labour minister, Éric Woerth, a not-so-subtle push to quit as treasurer of his political party, the Union for a Popular Movement. Regardless, the president then said Woerth was an “honest man, a competent man” who would remain as labour minister so he could complete the major national pension overhaul that will be voted on in October. Therefore, a major cabinet reshuffle looms.

Woerth has been his party’s treasurer for eight years, leading to charges of conflict of interest in the case of the country’s richest woman, 87-year old L’Oréal heiress, Liliane Bettencourt, And, just coincidentally, Bettencourt had employed Woerth’s wife until last month. Then, clarifying absolutely everything, Sarkozy said that an investigation had cleared Woerth of any improprieties involving Bettencourt’s taxes. Per Sarkozy: “He is cleared of all suspicion, so there is no reason why I should get rid of him.” Which must explain why he is trying to strip him of his party position instead.

Sarkozy said: “I spoke to Éric Woerth and I asked him to devote himself exclusively to the reform of pensions. My advice to him is to give up that responsibility as treasurer.” Sarkozy seemed to imply that the attacks on Woerth were really just a sub rosa assault on Sarkozy’s signature pension reform plans.

Earlier, Woerth had said that after he had been cleared by the General Inspectorate of Finance, he would now “think about” resigning. Meanwhile, police investigators are also looking into allegations that Bettencourt gave Woerth nearly $200,000 for Sarkozy’s 2007 presidential campaign, about 20 times the legal limit. And investigators are apparently also looking at charges Bettencourt and her advisers illegally avoided French taxes by using accounts in Switzerland (how original) or concealing ownership of yet more assets – like an island in the Seychelles – just for starters.

To make things just a tiny bit more controversial, salacious and newsworthy, only hours before Sarkozy’s TV interview, police raided one of the Bettencourt residences as well as the home of her close friend François-Marie Banier. Bettencourt’s estranged daughter, Françoise Bettencourt-Meyers, has gone to the courts, charging that Banier had been taking advantage of her mother’s advanced age to secure about $1.25 billion in gifts – or about a 10th of the total Bettencourt fortune. Friendship can be such a beautiful, valuable thing.

The allegations of tax evasion and illegal political contributions first started to ooze out when the (former) butler secretly taped Bettencourt and her financial adviser’s conversations. In recent comments, Sarkozy has denounced everything as “lies” and “calumny”, adding he was particularly angry at allegations by a former Bettencourt accountant (now recanted) that Sarkozy had taken possession of envelopes stuffed with cash at the Bettencourt home. In retort, Sarkozy said the Bettencourt staff had actually told the police he had been to her house only “two or three times”, and only for social occasions.

But the scandal, almost regardless of the truth of the various allegations, coming on the heels of other, smaller scandals about ministerial abuses of power and state money, has harmed Sarkozy’s standing with his nation, especially in a period of economic difficulty. His ratings have hit historic lows and so his aides have said that the president was hoping to shift the national conversation – live on national TV – away from money and corruption and onto pension reform, just before the beginning of France’s long summer vacation session.

Sarkozy is known for enjoying wealth and rich friends, but, in his TV interview he said that public service was his real calling. “If I were a man of money, I would have had another career.” But, he added that because conflict of interest is not clearly defined in French law, he would pass this problem on to a multiparty committee to consider changes in the law for the future. Ah, the study committee.

According to the press, Sarkozy spent most of his interview focusing on broader economic and budgetary topics. These included his mooted reform of the pension system to increase the retirement age to 62, and his intention to lower the budget deficit to 3% of gross domestic product by 2013 – without raising personal income taxes or the various charges employers must pay. Sarkozy chastised his countrymen and women, saying France had slipped into “bad habits” that he would correct. In particular, the two grave errors of the past generation were cutting retirement to 60 from 65 and establishing those treasured 35-hour working weeks.

Sarkozy lectured his audience of Frenchmen hankering for their prized vacations: “The world is a village. France must be competitive.” Along the way he offered support to a similarly embattled Angela Merkel in Germany, saying that: “We are different but we have confidence in each other,” and that “one can’t pay for Nazism until the end of time.” Those would be some of those conversation changers for sure.

While Sarkozy’s cabinet will almost certainly support his proposed pension overhaul on Tuesday, seven unions said they would demonstrate against the bill. Adding to the list of controversial political disputes in France, the country’s lower house of parliament is expected to pass a law banning the Islamic full facial veil in public places. The French senate will then vote on it in September. If it is passed, observers say French courts and the European Court of Human Rights may well strike it down, regardless.

Photo: France’s President Nicolas Sarkozy, seen in this video grab from France2 Television, appears during a prime time news interview on France2 television in the garden of the Elysee Palace in Paris.