The World Cup Day that was: July 10

The World Cup Day that was: July 10 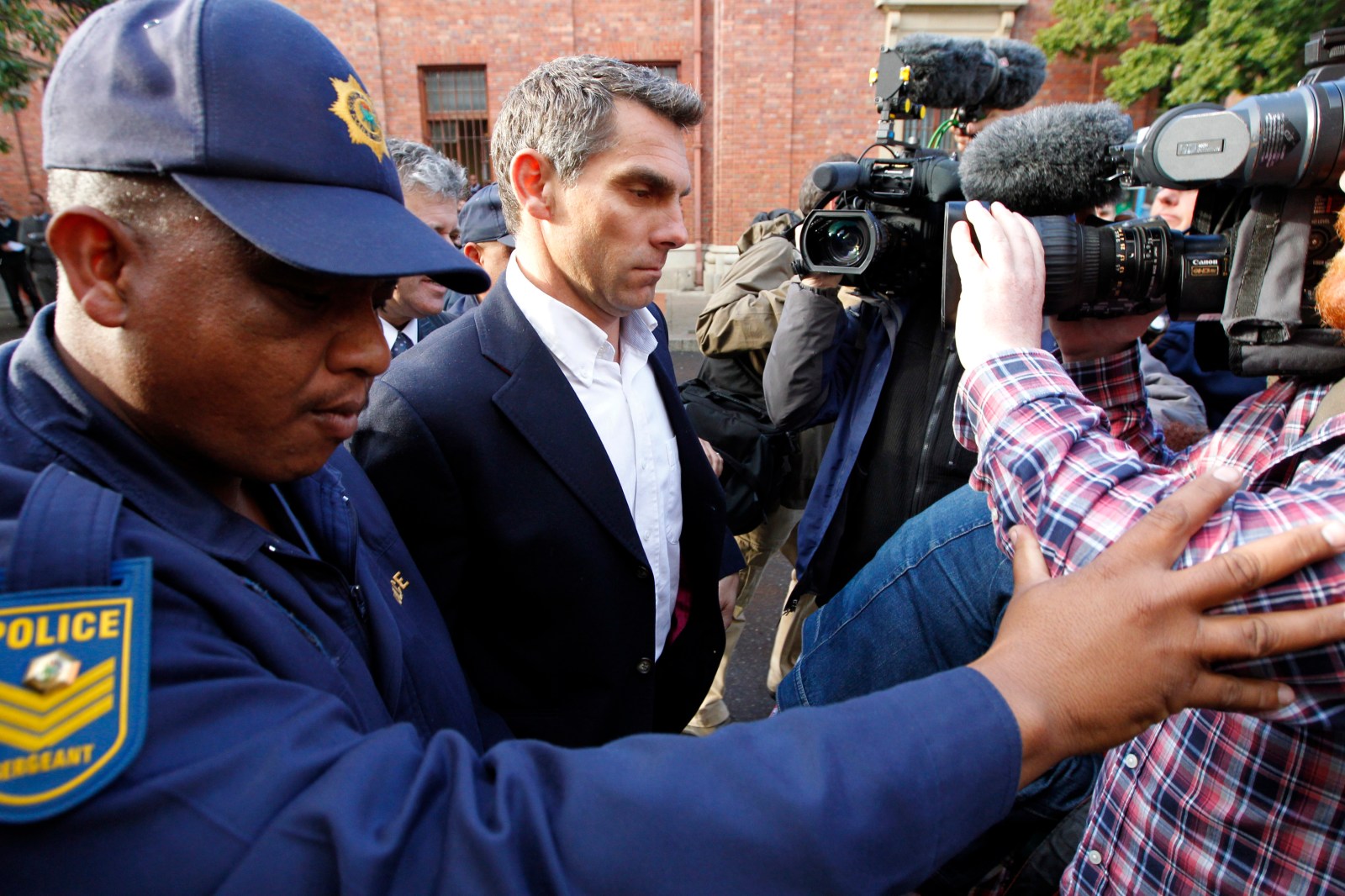 The Sunday Mirror journalist who national police commissioner general Bheki Cele alleged had “orchestrated” the dressing room intrusion incident has been let off with a fine. Simon Wright paid a R750 admission of guilt fine (for breaking the immigration law), and in return the prosecution dropped the case, which included a charge for defeating the ends of justice. Wright’s lawyer, William Booth, said his client may choose to sue Cele for defamation of character. Whether he does or not, after the prosecution admitted that they had no evidence of an orchestrated “conspiracy”, the police have egg on their face. You wouldn’t have thought so from police minister Nathi Mthethwa’s comments on the case. “Wright’s admission of guilt is indicative that some journalists will do anything to get a story, even commit a criminal act.” That’s one way of spinning it.

Frustrated German fan Jorg Mardos was given a three-month suspended jail sentence on Saturday for assaulting cabin staff on one of the flights that was turned back from King Shaka International Airport on Wednesday. Mardos had pushed and shoved cabin attendants when he learnt that the plane would not land in Durban and that he would miss the World Cup semi-final between The Netherlands and Spain. Mardos was carrying about R35,000 worth of tickets for him and his clients. Magistrate Peter Campbell said that despite his frustration, the manner in which Mardos had acted was unacceptable. Nevertheless, Campbell did not include a fine as part of Mardos’s sentence, saying: “You’ve lost so much already, I’m not going to add to your burden.”

Germany and Uruguay may have been playing for third place and a bronze medal at the 2010 World Cup on Saturday afternoon but, in the tradition of third-place play-offs, it was more about fun and flair than winning at all costs. Germany ultimately emerged as victors of a goal-filled match, with a 3-2 score line. Uruguay’s Diego Forlan and Germany’s Thomas Mueller were among the goal scorers, meaning they are both sitting on five goals, and in contention for the Golden Boot. However, Spain’s David Villa and The Netherlands’ Wesley Sneijder have also both scored five goals, and will be looking to increase their tally in the final. Back to Saturday’s match: Uruguay may have won very few South African fans, but they’ve outplayed themselves this tournament. We wonder what odds you could’ve got on them finishing fourth at the beginning of June? Like the Uruguayans, the Germans will be disappointed, but they’re a young side, and their fans have plenty to look forward to in 2014.

The Daily Maverick, Sport24, The Guardian

The referee is always right – well, 96% of the time he is. The Fifa referee committee has conducted a study of refereeing at this year’s World Cup, and concluded that officials have been wrong only 4% of the time. Free kicks, penalties and goal decisions were looked at, although less important decisions were not analysed. Well, 96% isn’t a bad figure. But football is about more than percentages, and none of the teams or players on the receiving end of bad decisions will feel any better just because they comprise a tiny minority. Viktor Kassel from Hungary, who officiated in the Spain-Germany semi-final, said it was the referee’s lot in life to be blamed. “The problem always is of course that in a match if you have 200 decisions, if one is wrong and that is a vital one, then no one cares about the other 199.”

Dutch footballing great Johan Cruyff has sided with Paul the Octopus, and predicted that Spain will lift the World Cup trophy on Sunday night, although he admits The Netherlands will be a difficult team to beat. Cruyff, who was the key force behind The Netherlands’ total football of the 1970s, has also played for and coached Spanish club Barcelona. As such, his loyalties are torn, but it seems that he will follow his heart when watching the final. “I am Dutch but I support the football that Spain are playing,” Cruyff told a Spanish newspaper.