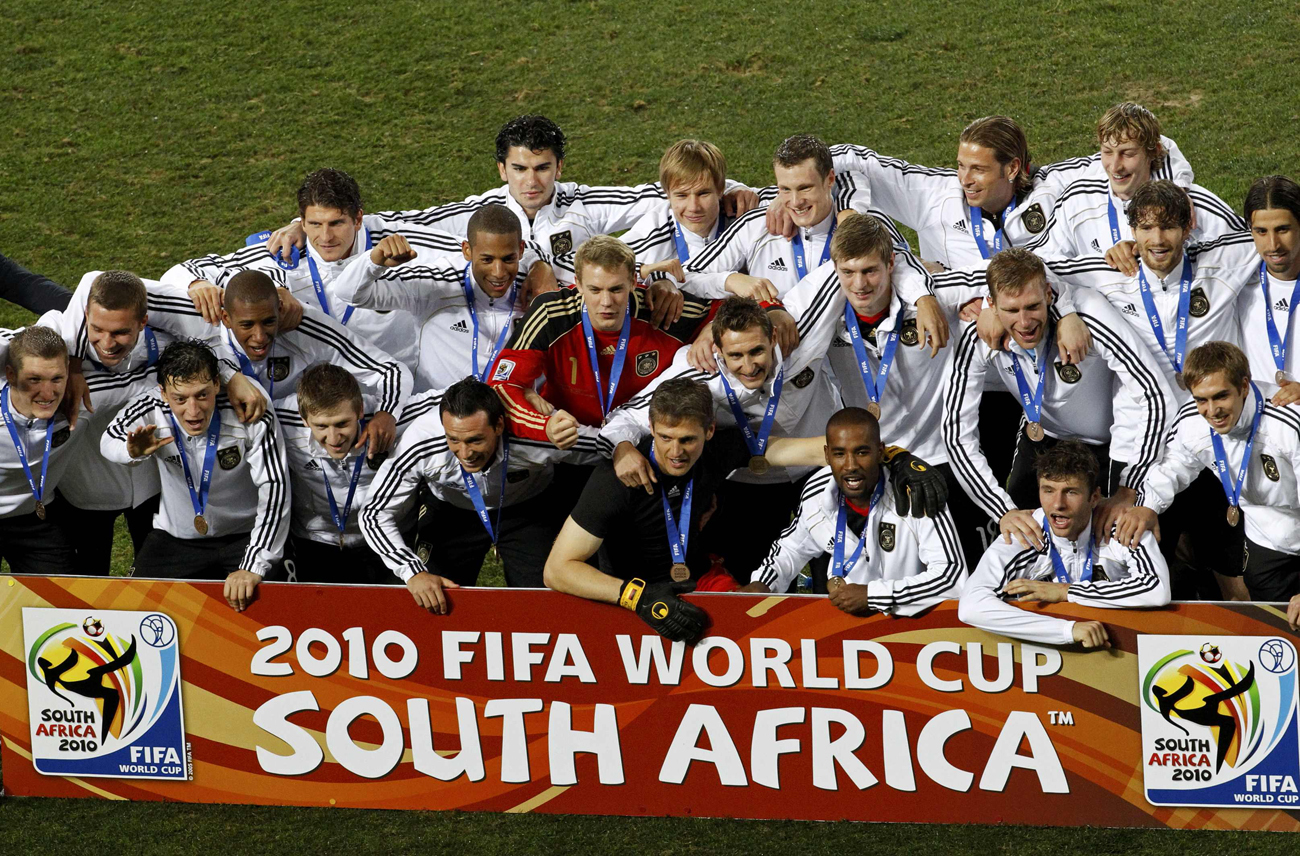 It is the cruellest of the matches that any team has to play, after the heartbreak of losing their hopes of winning the World Cup just days before. In the end, Germany’s young machine kept its concentration just a bit longer then the fabulous Forlan and Co, winning 3-2.

Most of the third-place matches in the World Cups are played by the second stringers; the top stars are usually devastated – and often injured – after losing in the semi-finals. While the German team were missing an injured Klose, Podolski and Lahm, the Uruguayans signalled their commitment by fielding their strongest team, with Lugano, Fucile and (a very-much-hated-by-the-crowd) Louis Suarez all coming back to play.

Another characteristic of the 3rd-place games is that they are high-scoring and entertaining events. Well, the Port Elizabeth game on Saturday night was never going to be different. Both teams displayed their best traits: Uruguay delighted by its precise passes and wild imagination, while the Germans were great in finding the shortest way to the goal. And the game they produced was never dull, despite the pouring rain that has troubled most of the games played in PE. It had everything: wild swings, great goals (Forlan’s volley is a contender for the best goal of the tournament), great passes and two sets of players that just wouldn’t let go.

The young German team was, by all accounts, a great discovery this year. They hadn’t played well for years and after captain Michael Ballack was injured in May, the future looked grim for them. And yet, as we mentioned before, it was probably the best thing that could have happened to them. Instead of relying on Ballack, the youngsters had to do it themselves. And they discovered that they are actually better team without Ballack. This will be a formidable team in future and we can’t wait to see them develop.

Uruguay are the heroes of this tournament. Forlan, Suarez and compatriots played their hearts out against their fancied opponents. Okay, they are not very much loved around here after both defeating Bafana Bafana and squeezing past Ghana, but the reality is that their rather unheralded team played wonderful football that was always positive and good-looking. Forlan’s goals were as beautiful as they were intelligent. Uruguayans will go home with their heads held high.

The start is very energetic. These two teams did lose their semi-finals, but they clearly want to win this match. It appears that, so far, both defences are more or less going easy on the opposing attackers. Even if this game decides who will get the bronze medal, it looks like it will remain what it has been throughout history, a gentleman’s game, full of flare and goals.

From the 32nd to the 42nd minute, while the game is lively and played at a good pace, 10 minutes go by without much happening. It would appear that Cavani’s goal has established that both teams are dangerous and that caution is advisable. That, and the fact that rain is pelting the PE stadium It does look as though there will be more goals tonight. Uruguay appear to be deflated by the German’s third goal. It doesn’t look like they’ll be coming back this time.

The match ends. Germany has won the bronze medal at 2010 World Cup.