The World Cup Day that was: 7 July

The World Cup Day that was: 7 July 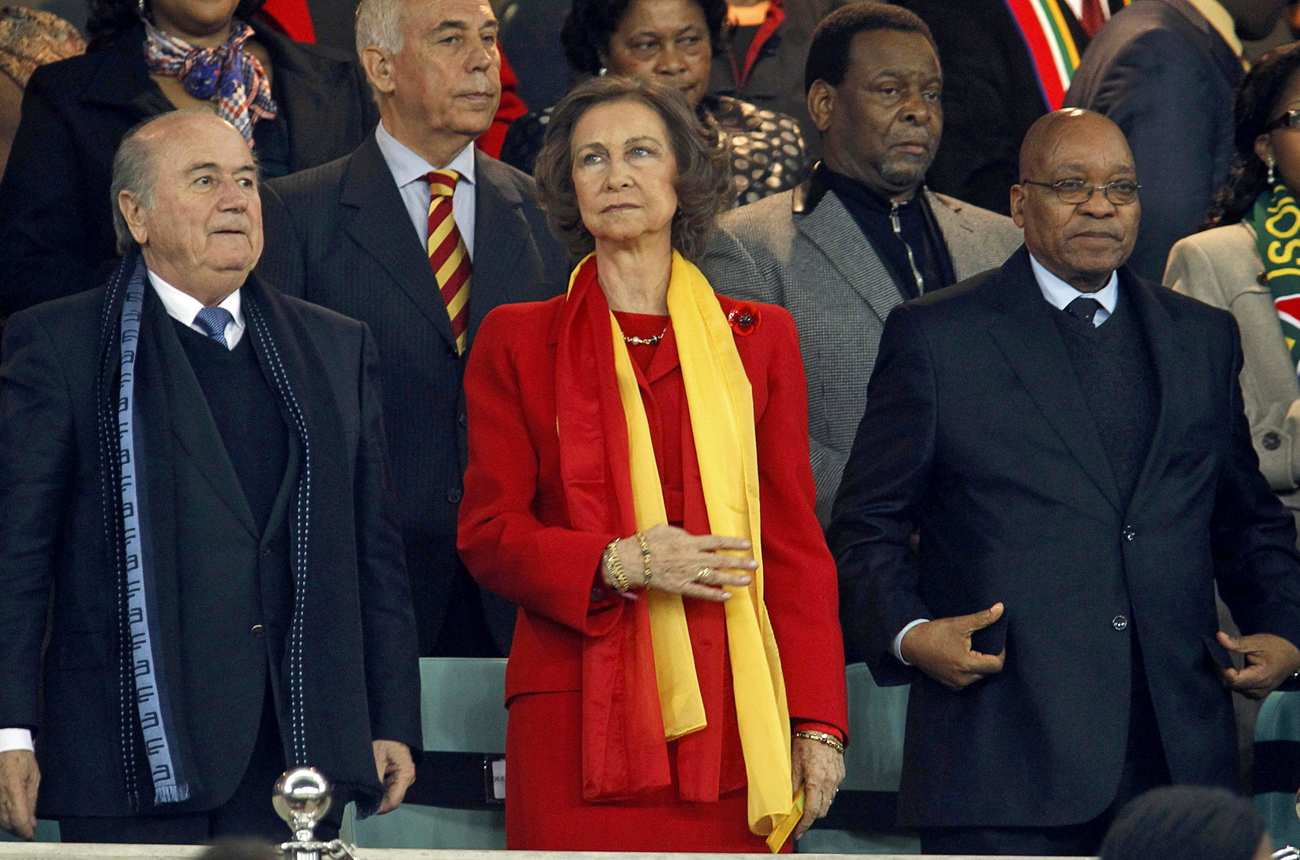 The known amount of money spent by parastatals, government departments and municipalities on World Cup tickets is in the hundreds of millions of rands, and it keeps on growing. On Wednesday the treasury announced that finance minister Pravin Gordhan would meet with the auditor-general and the chairman of the standing committee on public accounts to discuss the issue. The treasury’s statement noted that: “Concern has been raised as to what action may be taken should the (auditor-general) deem this expenditure wasteful or fruitless”. The government has stated that directors-general will be held personally accountable to Parliament should their department’s ticket expenditure be seen in this light. We should certainly hope so.

One of the mini battles within the World Cup is between competing airlines. Dutch carrier KLM saw last-minute ticket sales rise when The Netherlands on Tuesday went through to the final and Spain’s Iberia will be hoping to benefit from the same effect. On the KLM website an economy class ticket from Amsterdam to Johannesburg, departing on Friday and going back the next Tuesday, was quoted at a hefty €4,000 (R40,000). Lufthansa will be missing out after Germany’s exit from the tournament, as fans aren’t going to pay those kinds of prices merely to get to the third-place play-off. The German airline flew its country’s soccer team to South Africa in the A380, and promised to take them home again on the same aircraft – if they won. But after Wednesday’s semi-final result, we wonder if they’ll be downgraded.

Paul the psychic octopus proved he has more sway with fate than German coach Joachim Loew’s lucky jersey. Paul’s prediction was, yet again, proven correct, with La Roja edging out the Germans 1-0 for a place in the final. In the 73rd minute Carles Puyol scored what turned out to be the only goal of the match, echoing the Euro2008 final score line. Spain’s victory means they’ll meet Holland on Sunday – and whichever country lifts the World Cup trophy will be doing so for the first time. It will also be the first time a European team has won a World Cup played outside of Europe.

The Daily Maverick, M&G, The Guardian

Fifa has slapped Serbian Radomir Antic with a four-match ban as punishment for his unruly behaviour on the side lines during the Serbia-Australia game in the first round of the World Cup. Antic had displayed anger when the referee failed to give Serbia a penalty after what looked like a handball by Australia’s Tim Cahill. Serbia went on to lose that match 2-1, and failed to make it through to the second round. Antic will also have to pay a fine of $13,280, but the Serbian Football Federation has said it will contest the harshness of the suspension. If the ban stands, it will affect Serbia’s Euro2012 qualifying campaign.

The department of international relations and co-operation confirmed on Wednesday that 14 heads of state will be attending the World Cup final on Sunday. Among those attending will be rulers and presidents from Lesotho, Swaziland, Kenya, Mozambique, Gabon, Comoros, Malawi, Burundi, Ghana, Togo, Burkina Faso, Equatorial Guinea and Djibouti. If you bothered to count, that’s only 13 countries. And the 14th head of state on the list? Well, that would be none other than Zimbabwean President Robert Mugabe. AfriForum has sent the government and Fifa a letter protesting the presence of the dictator from up north, but there is yet to be an official reaction.