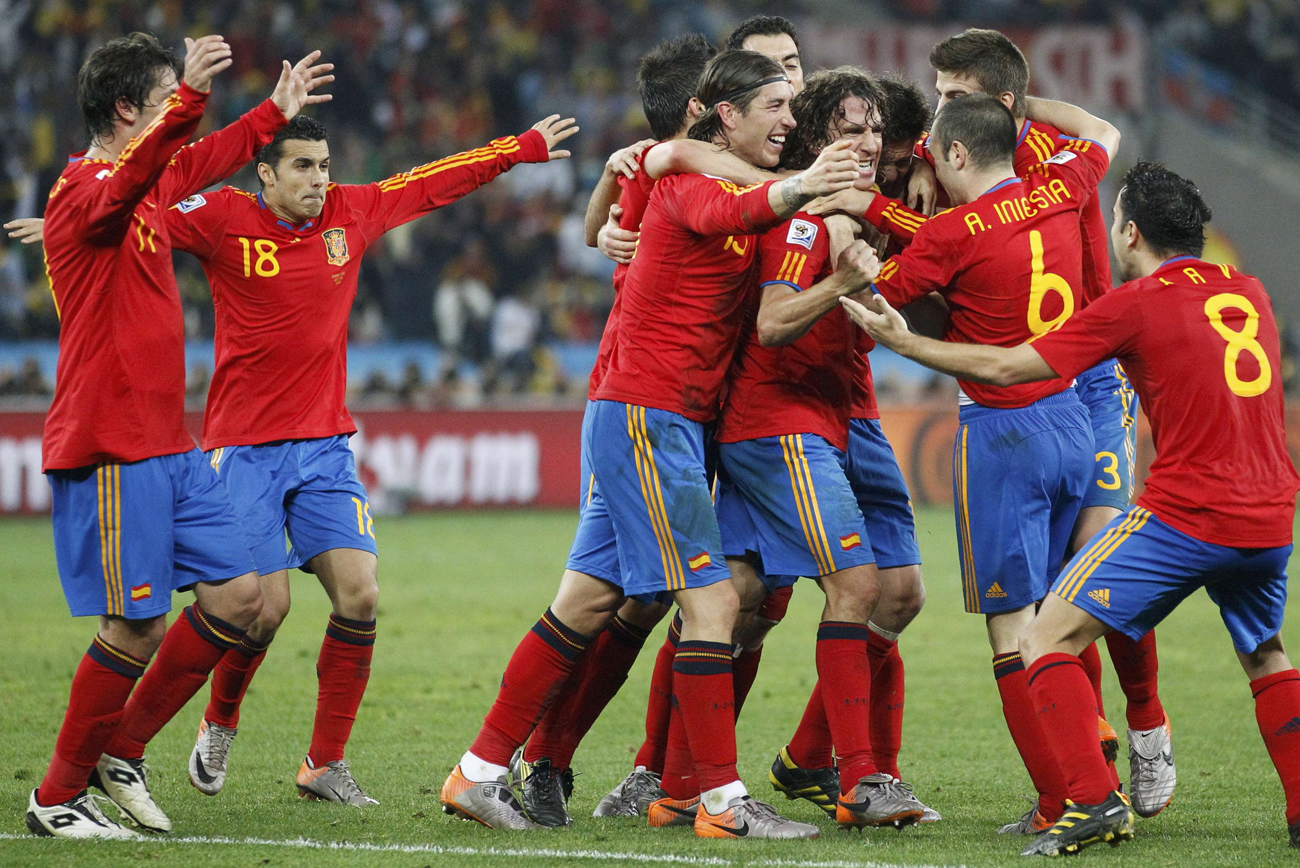 It was as one-sided a game as a game against Germany could possibly be. Spain dominated every blade of grass of the Moses Mabhida Stadium pitch on Wednesday night, and yet, their victory was by the smallest of margins. The match ended Spain 1, Germany 0, with Spain earning the right to play The Netherlands in the World Cup final.

Looking back, Spain’s victory was inevitable: player by player they are the best team in the world; they kept displaying that spine of steel even when they were almost down and out; and, crucially, their form was on its way up all the time. On top of it, theirs is by far the most fairly played soccer in the world: they have, unbelievably, received only three yellow cards in the six matches of the World Cup. And, most important of all, Paul the Psychic Octopus didn’t hesitate much when pointing to a Spanish win. Photo: Two year-old octopus Paul, the so-called “octopus oracle” predicts Spain’s victory in their 2010 World Cup semi-final soccer match against Germany by choosing a mussel, from a glass box decorated with the Spanish national flag instead of a glass box with the German flag, at the Sea Life Aquarium in the western German city of Oberhausen July 6, 2010. Paul has correctly picked the winner of Germany’s five World Cup results so far. REUTERS/Wolfgang Rattay

As has happened many times in history, the German team lost all the flair and power with which they hammered the English and the Argentines in previous matches. And yet, the game the Spaniards played against Germany was always going to be tough. They were helped by the fact that the Germans had a genuinely bad day, a problem that was exacerbated by their brilliant young forward and the best scorer Thomas Mueller’s suspension because of two yellow cards. Weakened as they were on Wednesday, Germany were still formidable opponents: they may have not created many chances and they did spend most of the game in their own half, still Spain managed to get only one past Neuer.

But let’s not forget the Spanish and their magnificent team. They play the intelligent, beautiful soccer that we’ve learned to love so much over the last four years. At this World Cup, theirs was the commitment to intelligent passing, positive football, to be always on the attack, always searching for the moves that will have audiences around the world awed and wanting more. The Spanish defence is effective while not brutal, and their midfield simply puts Brazil’s to shame. The Germans are simply not committing enough players to attack.