Julius Malema shows he isn’t dead yet, gains a couple of music fans 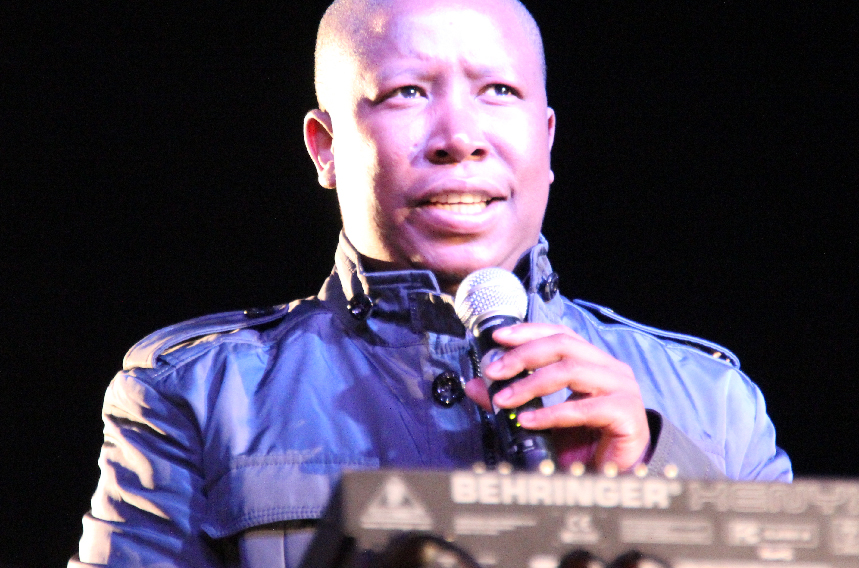 We've been eagerly awaiting the reappearance of ANC Youth League leader Julius Malema, to see how the rebellions in two provinces are affecting him. On Wednesday we got the answer: it has helped him shed years and once again become the orator that charmed his way into the job in the first place.

It took Julius Malema less than five minutes to charm the cynicism off his audience, and less than ten to convince them that he and they stand united on one side, with many threatening forces (imperialist multinational corporations, for example) on the other side. Another ten minutes of humorous admonitions about clean living, and he was out the door.

If Malema – who says he is suffering a bad bout of flu – is taking strain from ongoing troubles within his organisation and pressure from the ANC proper, then he clearly thrives on pressure. It was by some margin his finest performance of 2010, and you’d have to go back well into 2009, to a time before he stood accused of self-enrichment, to find its equal.

Learn the art of dealing with the media, he told his audience of aspiring music producers and dance DJs at the Southern African Music Conference at the Alexander Theatre. “These ones here with the cameras,” waving towards the media contingent that followed him into the auditorium, “they can make you, they can also destroy you.”

Pause for rapturous applause at the suggestion that Malema has bested his media foes, then on to the election-platform messaging.

“[The media] never made me, they will not destroy me. I am made by the struggles of the poor people in townships, in squatter camps, in rural areas… But you need media advertisement to survive.”

While the us-versus-themness that underlies that – and pretty much everything else he had to say – is familiar, Malema maintained his fire without alienating his audience with outright anger or tangential ranting. Instead he wielded the context of his listeners and humour to bring it home. Music can never be separated from politics, he argued, and if Afrikaaners can sing about their historic leaders (an off-key but powerful phrase from the song “De la Rey” here), then so should Africans.

“You need to tell your story, your revolutionary story, through music. We’ve forgiven them, but we’ve not forgotten what they’ve done to us… this is the pain we have gone through.”

Instead, Malema chided, “all of you grew up dedicating your lives to money and sex and bling” thanks to the corrupting influence of American music, peddled by imperialist monopoly record labels.

Then on to some home truths, which just happen to be in line with the ANC Youth League’s social campaigns. Multiple sexual partners are a bad idea, as is mixing alcohol and sex. Driving drunk or fatigued kills, don’t deal in cash because soon as you do, it means you are no longer a businessman.

In short, plenty of messages that various government agencies, charity groups, religious organisations and civic activists have been preaching at these young people for years – and which statistics show they’ve mostly ignored. Malema, though, had their ear. Perhaps he even changed the course of some lives.

Could any other politician have achieved the same? That seems unlikely. The Youth League may harbour far superior orators, but none with the celebrity status that makes Malema a role model. Anyone else would have to work for it; Malema simply needs to turn it on.