Analysis: The end of the road for Selebi 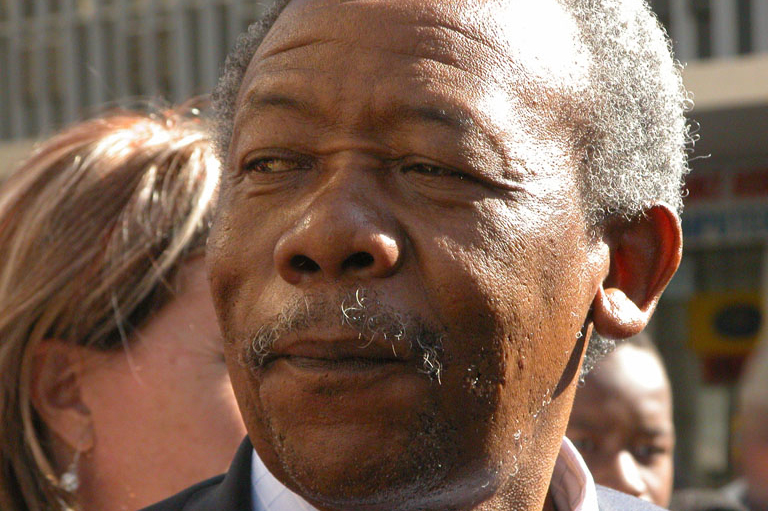 Moments after the guilty verdict came crashing down on him, Jackie Selebi walked out of court and slipped into a witness booth to escape the hungry journalists. A thunderstorm raged in his eyes, betraying a man stunned by what he must have believed – more than anything in the world – would never happen. That he was, of all things, found guilty of corruption.

As his family sobbed and comforted each other, the former South African police commissioner gazed into the distance. Had the years of investigation, months of trial and, finally, the verdict broken the arrogant old man? Was he in shock, digesting being convicted, labelled a liar and compared to a drug dealer? Or was it anger and defiance, backed by knowledge that his fight would almost certainly continue? What went through his mind at that moment may never be known. Asked to share his thoughts, he waved reporters off with his hands.

The hands he claimed were clean.

Judge Meyer Joffe’s verdict – which ended on Friday – has put to rest four years of uncertainty and suspense. The man hired to lead South Africa’s fight against crime, was a criminal.

The meticulous Judge Joffe spent more than 10 hours delivering his findings. Usually it’s difficult to compress so much information into a neat summary. But this case is different. Here, for your reading pleasure, is the Twitter-version of Joffe’s ruling: “The accused (Selebi) must have known the adage, there is no such thing as a free dinner.”

Joffe laid the foundation by painting both Glenn Agliotti and Selebi as complete “strangers to the truth”.  We expected nothing less to be said about Agliotti, who would volunteer to clean up the entire Gulf oil spill for the right price. But while Selebi proved a shocking witness during his time on the stand, Joffe’s words jumped like wild wolves to rip apart his credibility.

The ex-Interpol boss was lambasted for changing his evidence, making one “miraculous” volte-face after another “without a blush”, lying about meetings with Vusi Pikoli, lying about his finances, testifying about receipts that never existed, showing top secret intelligence reports to Agliotti, creating evidence, consulting state witnesses, intercepting e-mails and even seemingly laundering money through his foreign trips.

For a former police commissioner the following words must have been devastating: “Every day society in general and the courts in particular rely on the honesty, integrity and truthfulness of policemen and women. Mostly, this reliance is not misplaced. In the case of the accused it was. He has in this regard not set an example that must be emulated.”

Joffe ruled Muller was a strong witness and acted spontaneously – and with conviction – on the stand. Her account of Agliotti slipping a bag of cash to Selebi – with the words “here you go my china” – was accepted.

In the end, Selebi was found guilty of accepting payments (not quite the R1.2 million in the indictment – but close) and gifts from Agliotti. In return, he had an obligation to attend meetings, sort out problems and exert his influence wherever Agliotti pointed. Selebi beat the obstructing the ends of justice charge – but couldn’t escape the corruption charge, which carries a minimum sentence of 15 years.

On Friday, all the taxpayers’ money in the world couldn’t rescue Selebi from his own web of lies.

Judge Joffe offered some interesting afterthoughts. He cleared the Scorpions of conspiring to sink Selebi to escape being disbanded and raised questions about prosecutor Gerrie Nel’s controversial arrest. He also pondered the endless interference in the Selebi investigation, which stretched right up to former president Thabo Mbeki.

After dealing with some administrative issues, like bail, a sentencing date and Selebi’s prior convictions (a case of activism against the police back in the 1970s and a weapons charge for failing to declare a gun in the early 1990s) Judge Joffe walked back to his chambers.

The reaction was swift and predictable. Interpol is in denial, opposition parties are calling for every corrupt politician to be pulled out by the hair and strung up for public execution / prosecution, Paul O’Sullivan’s hands are still shaking from the excitement, and journalists are fearful of withdrawal symptoms.

In an anti-climax, the Scorpions team that brought down the commissioner met for an hour after the legal victory, discussed some upcoming cases and went their separate ways. They said what they cared about most was that the truth was out and that they would no longer have to work in isolation and under a cloud of doubt.

Many questions remain. How will we as a country deal with the betrayal? What will the verdict do to police officers on the streets? Will we ever know the full story of Selebi’s links to Agliotti and the Kebble empire? And will we be able to handle the murky underworld that exists right under our noses?

Selebi went into the battle against the Scorpions full of fighting talk. He held press conferences, issued statements objecting to court postponements and never passed up an opportunity to make a clever remark to journalists. He left court on Friday in absolute silence. He is a different man now. And, hopefully, we are a different country.

(Eliseev is an EWN reporter)