The judge and the judgment – Day One 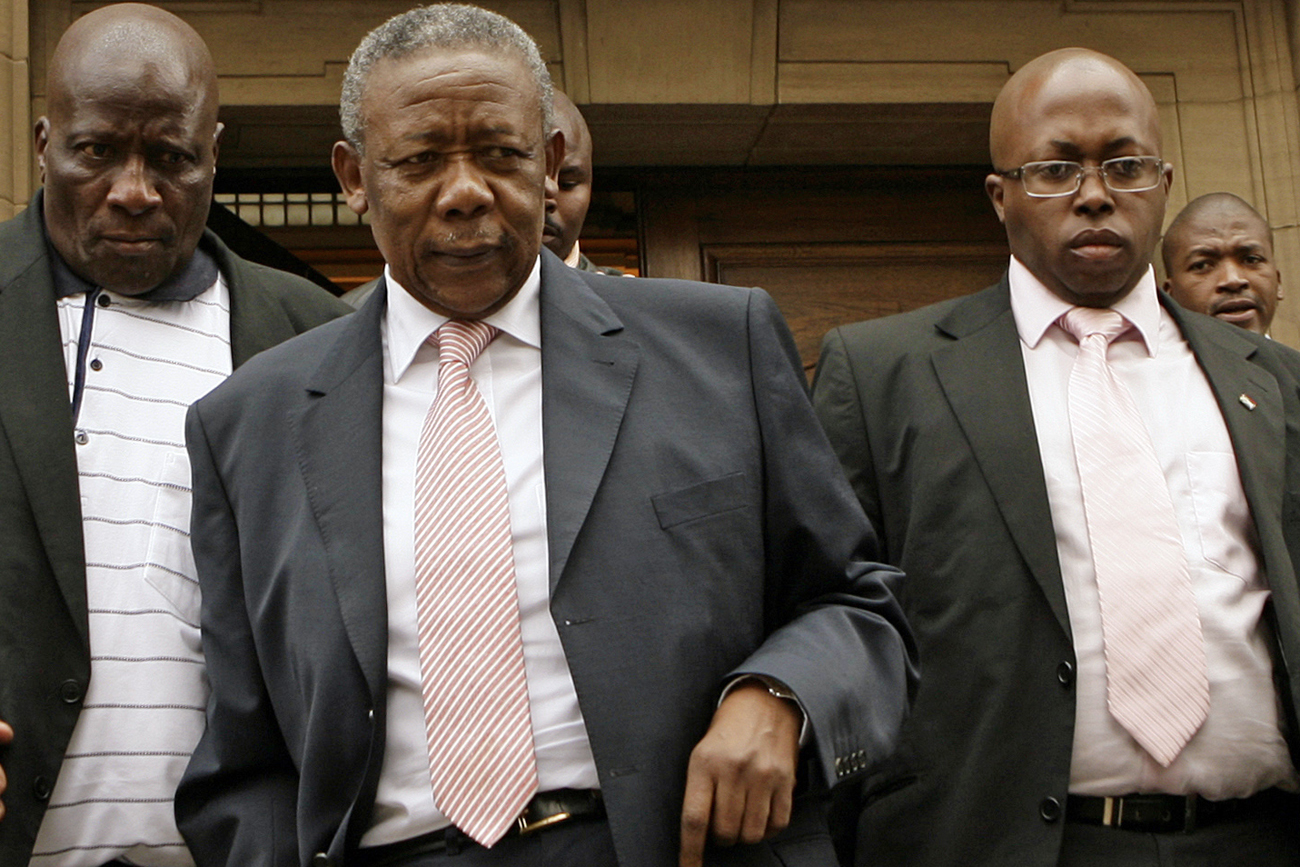 Judgment day in the Jackie Selebi case came on Thursday. It’s turned into the perfect cliffhanger - the ultimate “to be continued”, and a postponement from which every judge must get some kind of wicked satisfaction.

Judge Meyer Joffe began handing down judgment in one South Africa’s most thrilling trials on Thursday – the corruption case against former police commissioner and Interpol boss Jackie Selebi. Almost six hours into the judgment – and right after announcing he was ready to get stuck into the analysis – Judge Joffe hit the pause button.

In the public gallery, laptop keypads fell silent. There was an imaginary groan. And everyone began packing up. Is Selebi guilty or not? Tune in again tomorrow.

Selebi’s judgment day began on a low-key note, with a couple of television vans idling out on Pritchard Street and some journalists braving the morning chill. There were no crowds, police blockades or anything else to mark the momentous occasion … only the loud, homeless man wrapped in bright red plastic bags.

The Scorpions team drove through the early hours of the morning and set up camp nearby the South Gauteng High Court. For them, it was that moment in the locker room, where nothing more can be done or said. Five years of untangling the web around Selebi were now down to a few hours of court time. They shook the country with their work – and would finally know if it was worth it.

Selebi and his entourage arrived with just a few minutes to spare, and settled down around the wooden dock. Selebi has always claimed he is innocent, saying the Scorpions were out to get him to save their own necks.

The cables snaked through courtroom 4B, the cameras rolled and the air-conditioning gave a dying puff before switching off for the day.

At about 9.15am, Judge Joffe floated into the room and sat behind the bench, lever-arch files towering around him. He didn’t waste a moment and went straight to the first paragraph.

Page by page, Judge Joffe delivered his verdict – which rolled like a ponderous wooden wheel along a carefully prepared path. In essence, it was a meticulous recap of the evidence before him. He made some judgments about admissibility of evidence, but was determined to lay the foundation for his ultimate decision.

Every journalist must have had the same fantasy: Get up, shuffle past your colleagues, dash down the stairs, elbow the court orderly out of the way, grab the transcript and skip to the last page. But alas…

Judge Joffe recapped evidence given by the main witnesses, Glenn Agliotti, his former fiancé Diane Muller and Selebi himself. He spoke of all the meetings, phone calls and complex business deals between Agliotti, Muller and Brett Kebble’s empire.

He covered the bag of cash being slid across a boardroom table (“here you go my china”) and various other allegations that have given reporters all those wonderful quotes over the past nine months.

He discussed the long and ugly wrangle between the Scorpions and police for evidence crucial to the case (remember all those meetings with the president and the court subpoenas). He mentioned the full cast of characters: from Clinton Nassif to Billy Rautenbach and from Vusi Pikoli to Bulelani Ngcuka.

He went into international case law, about the state’s duty to prove guilt beyond a reasonable doubt and there being no onus on the accused to prove his innocence. But ultimately, Judge Joffe said, the verdict hinges on the “nature of the relationship between Agliotti and Selebi”.

Then, he summed up the complexity of the case in one sentence: “The task of determining the relevant facts was made even more difficult than usual by the mendacity of the material witnesses.”

In other words: With so many liars, how do you tell whose speaking the truth?

So, yes, we could try to infer from what was said. What Judge Joffe chose to concentrate on as opposed to what he decided to disregard. But the good judge has promised he can wrap things up in two or three hours on Friday morning. And one more sleep won’t kill us.

(Alex Eliseev is an EWN reporter)