Paraguay win their trench war against Japan after penal...

Paraguay win their trench war against Japan after penalty lottery 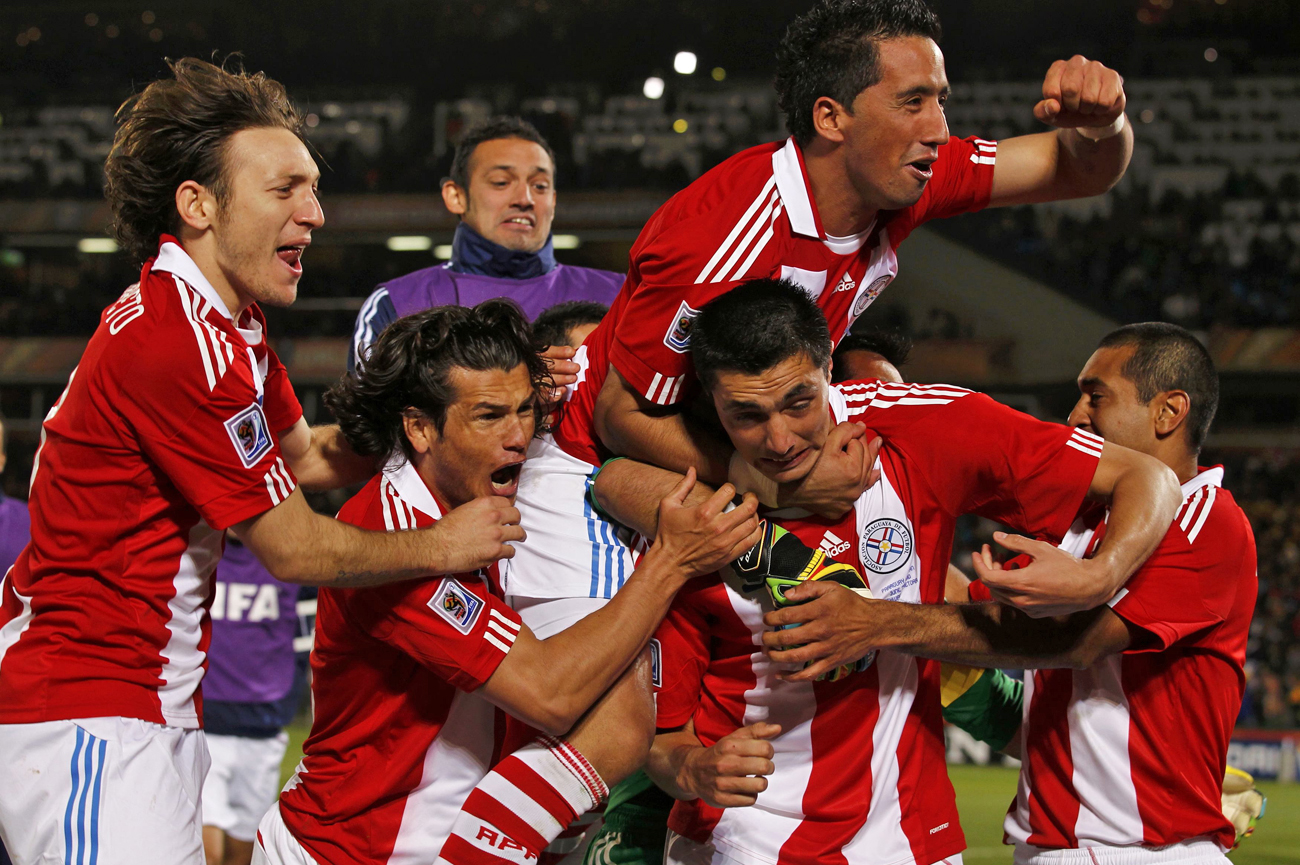 The entire nation of Japan will start Wednesday in great mourning, as their brave soccer team is forced to return home after they lost in the cruelest of footballing ways. The nation of Paraguay, however, is getting ready for a party of the lifetime as their team celebrate their best World Cup showing ever. The match ended Paraguay 5, Japan 3 after penalties.

It was difficult not to feel for the Japanese players. They surprised many with their great performances at the World Cup and their valiant efforts won them admirers the world over. Tuesday afternoon at Loftus Versveld was no exception: they fought the Paraguayans for every inch of the field and in every second of the game. As the second half approached its mid point, there was a palpable feeling that this game would not be able to produce clear winners as both teams were matching each other’s efforts. The feeling was turned into reality as first regulation time and then extra time drew to a close.

Spare a thought for the players of any team that has to go through the Russian roulette of the penalty shots. And nowhere are the stakes, or pressure, higher than at the World Cup: watched by hundreds of millions, the whole nation’s success depends on the players’ every move. It is really difficult to perform at your best in moments like that. The Paraguayan players executed their penalties flawlessly, while Japan’s Yuichi Komano hit the crossbar on the third penalty, handing Paraguay the victory.

Even as they crash out of the World Cup, Japan can comfort themselves with having a bright soccer future. Paraguay, shortly after a match that tested them physically, mentally and emotionally, can look forward to meeting resurgent Spain on Saturday. It will be a true mountain to climb.

That was as fantastic a piece of goalkeeping as you’ll ever see.

Neither side is giving away anything. This game has extra time, and possibly penalties, written all over it.

The Replay shows that Kawashima’s knee caught Tulio in the jaw.

End of the second half, and we’re into extra time.

End of ET first half.

Nothing is happening. No, really. Nothing.

End of ET second half. We’re into penalties for the first time in the World Cup.