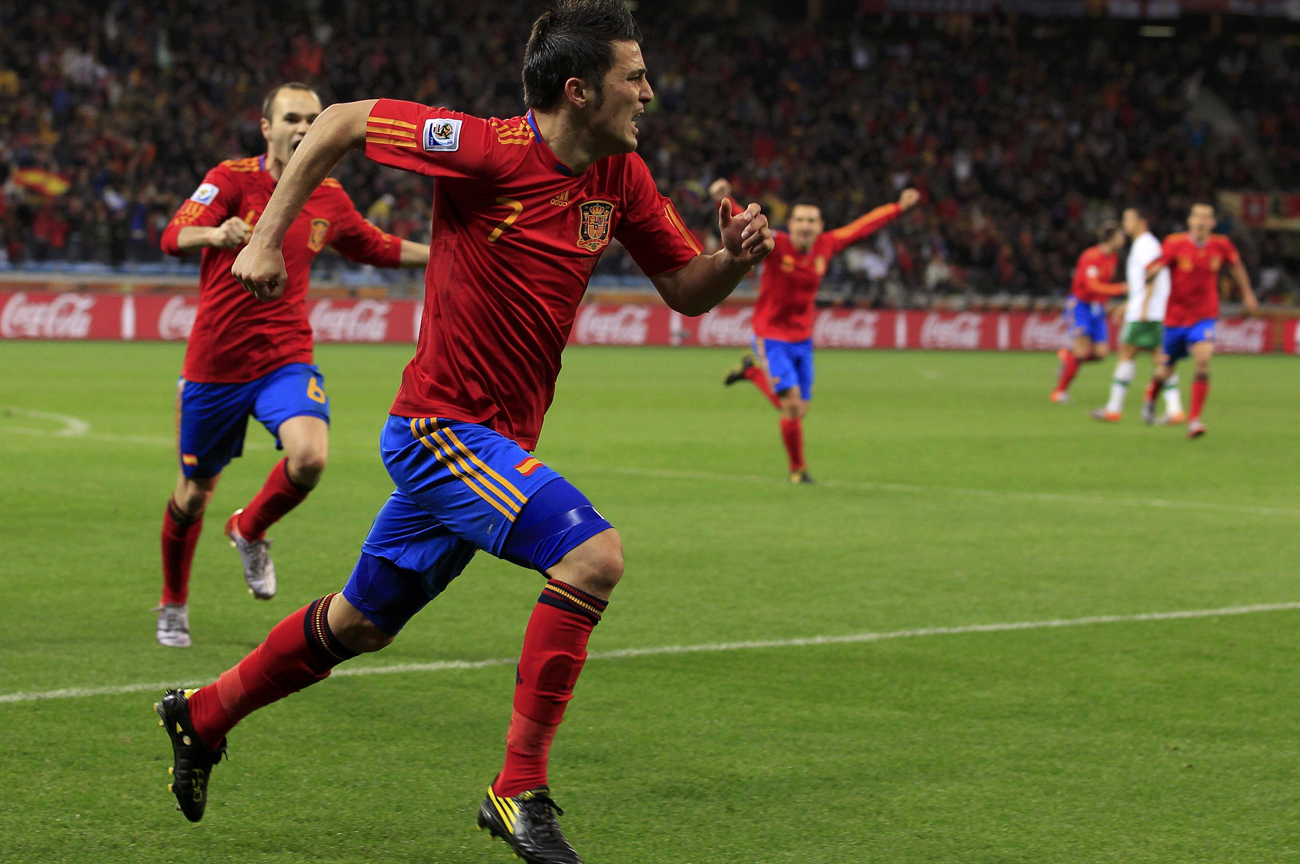 It was a duel of opposing footballing philosophies: Spain vs Portugal, art of play vs art of war, attack vs defence, will to score many goals vs will not to concede any goals. Spain’s players could have easily been mistaken for boys enjoying every second of their game, Portugal’s players were seasoned professionals doing their job. The match finished Spain 1, Portugal 0.

The final match of the second round, arguably its most eagerly expected duel, brought Cape Town alive on Tuesday night. If anyone was ever in doubt, the first five minutes firmly established the type of game that would be seen on the night: Spain dominated the possession and attacked, while Portugal was relying on its tough defence, led by Ricardo Carvalho and brilliant keeper Eduardo, only to launch the sharp, fast counter-attacks by Ronaldo and Meireles.

Portugal did manage to provide a few chances, but overall, it was Spain’s night and no one can really deny it. Portugal’s defence used all the tricks they picked up on their way, from trying offside traps to using elbows liberally, but the power of Spain’s positive approach was simply overwhelming. It is probably easy to say now, but it never occurred to this reporter that Spain could have lost this game in any way.

Spain’s golden midfield boys, Xabi, Iniesta, Xabi Alonso (who picked up Spain’s first yellow card in four matches of the World Cup) and Busquets, pretty much dominated the field, while David Villa has proven worth the £35 million bill that Barcelona picked him up for. From his side, Fernando Torres showed some signs of personal brilliance, but it was not enough: Spain’s attack became noticeably sharper after he was substituted for Fernando Llorente Torres.

The end of Portugal’s World Cup run has also ended two myths: the first one is that of Christiano Ronaldo’s superstardom. Real Madrid’s star was simply shot out of the game by the brilliance of Pique and Puyol and he is now joining Wayne Rooney in crashing down to the planet Earth. The second is the myth of Carlos Queirós’s expertise. He is yet to take a club or national team of consequence (including the South African national team) to any kind of success. Perhaps it’s time for him to call his old boss, Sir Alex Ferguson and see if his old job is available again.

On Saturday, Spain will meet Paraguay in the quarter-final game. Should they continue playing positive football the way the have so far, they should have no problems with reaching semi-finals.

The Portuguese keeper is livid. I would be too. His backline is offering him no protection whatsoever.

Torres means business tonight. He’s certainly found better form that he had in the first three games of the World Cup. Surprisingly, Portugal have played the better football in the first half. Spain’s game has lacked the gloss it had against Chile.

Xavi’s deft little flicks into the penalty area wreaked havoc against Arsenal in the Champions League. They only seem to work if Messi is the recipient of the pass, though.

Christiano Ronaldo has been wonderfully subdued in this match.

The referee has to get in-between Bruno Alves and Capdevila, who are involved in a bit of a tiff. Seems like the FC Porto captain feels as if Capdevila overreacted in order to get Costa sent off. Replays of the incident are inconclusive.