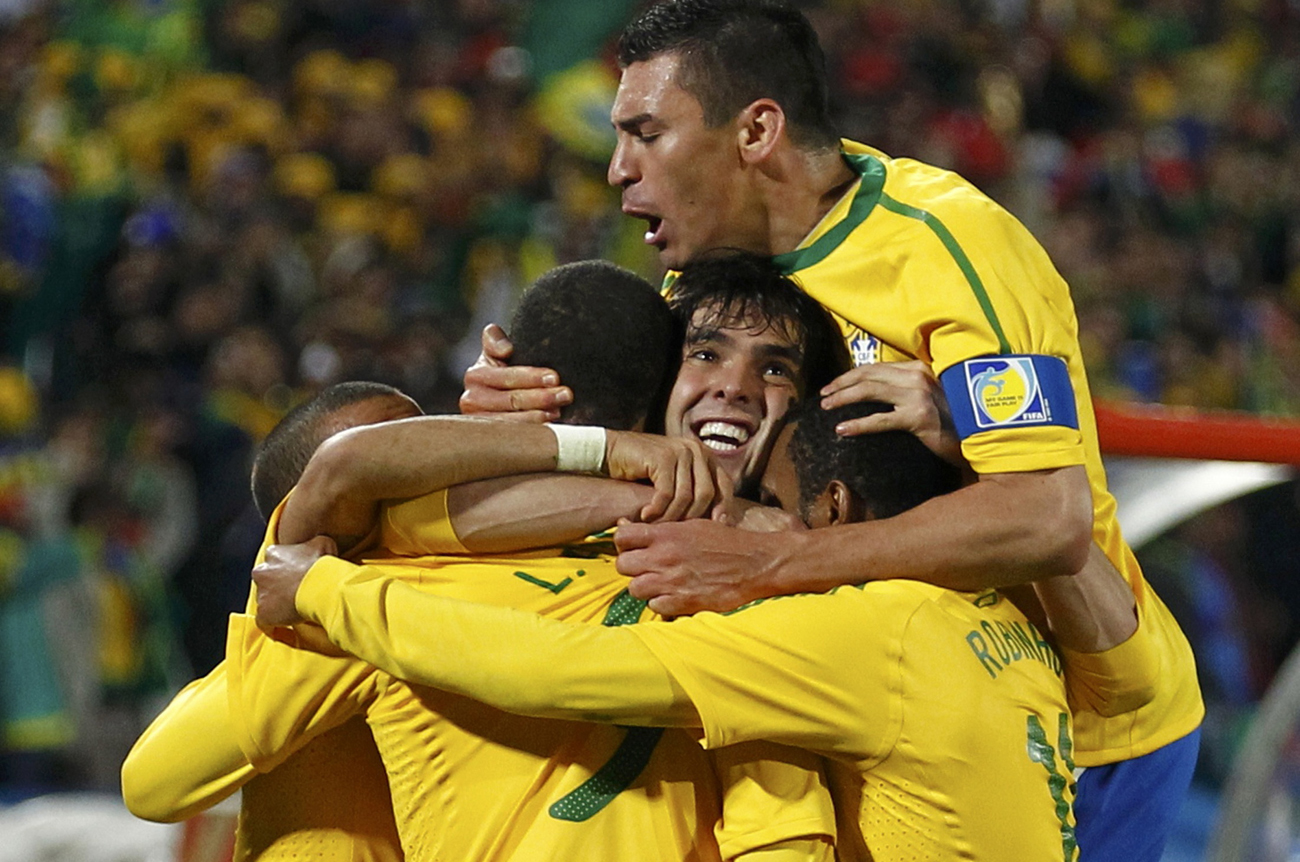 You have to hand it to Chile – to keep fighting in the face of a loss takes something special, but to do so when Brazil is handing out a football lesson is quite simply astounding. Hats off to Chile, they were very brave. But stopping Brazil was as possible as stopping global warming. The match ended Brazil 3, Chile 0.

The Chileans were undone by one thing: they lack a world-class finisher. In the first 15 minutes, they were all but camped in the Brazilian half and looked like they were on the verge of another classic World Cup upset, but simply could not contend with the combined fire-power of Kaka, Robinho and Luis Fabiano.

Humberto Suazo was the one player who stood out for the Chileans, almost always at the right place to make a shot. It is just a dreadful shame that he didn’t manage to score, considering how hard he worked for it.

For Brazil, it was a magnificent display of Dunga’s philosophy: a fast-flowing defence commanded by the captain Lucio, and an even faster attack led by Kaka and Robinho. Even though we’ve pointed out the weaknesses in this strategy, the Samba Boys have yet to meet an opponent tough and wily enough to pry these faults wide open.

With Kaka playing after sitting out a one-match ban, Brazil’s attack was far more dangerous than we’d seen against Portugal. His presence freed Luis Fabiano up to play his attacking role, where he’s far more comfortable, as opposed to the deeper position he was forced to play in the game against Portugal.

Brazil face the Netherlands in their quarter final match, and you’d be hard pressed to pick an obvious winner. Brazil’s devastating attacks versus the Netherlands’ careful, almost ponderous build-ups: can’t wait to see that.

Chile are not buggering around in the opening minutes of the match. They’re camped in the Brazilian half, and causing Dunga some discomfort. Dunga’s the Brazilian coach, if you didn’t know.

You wound the Brazilian beast at your own peril…

Chile have seven men in that box whenever Brazil attack. The uber-defensive strategy has worked so far. Robinho and Kaka have been reduced to taking hopeful stabs at the goal from afar.

It’s been a frustrating World Cup for football’s golden boys, hasn’t it? Rooney not scoring. Drogba being hampered by injury. Cannavaro sent home in the third round of the group stages. Kaka picking up yellow cards like they’re sponsorships. Actually, both Rooney and Drogba have also been sent home already. Brazil make it look so easy.

Chile make two substitutions to try to shore things up. Rodrigo Tello and Jorge Valdivia come on for Mark Gonzalez and Pablo Contreras.

Has any player ever turned a referee’s decision, ever?

Chile are falling for the oldest trick in the book – they’ve been caught time and again pushing too many men forward, and Brazil are punishing them through counter-attacks.

You’ve got to admire Chile’s balls.