The Dutch, impressive in victory but not in beauty, sha...

The Dutch, impressive in victory but not in beauty, shake off the Slovakians 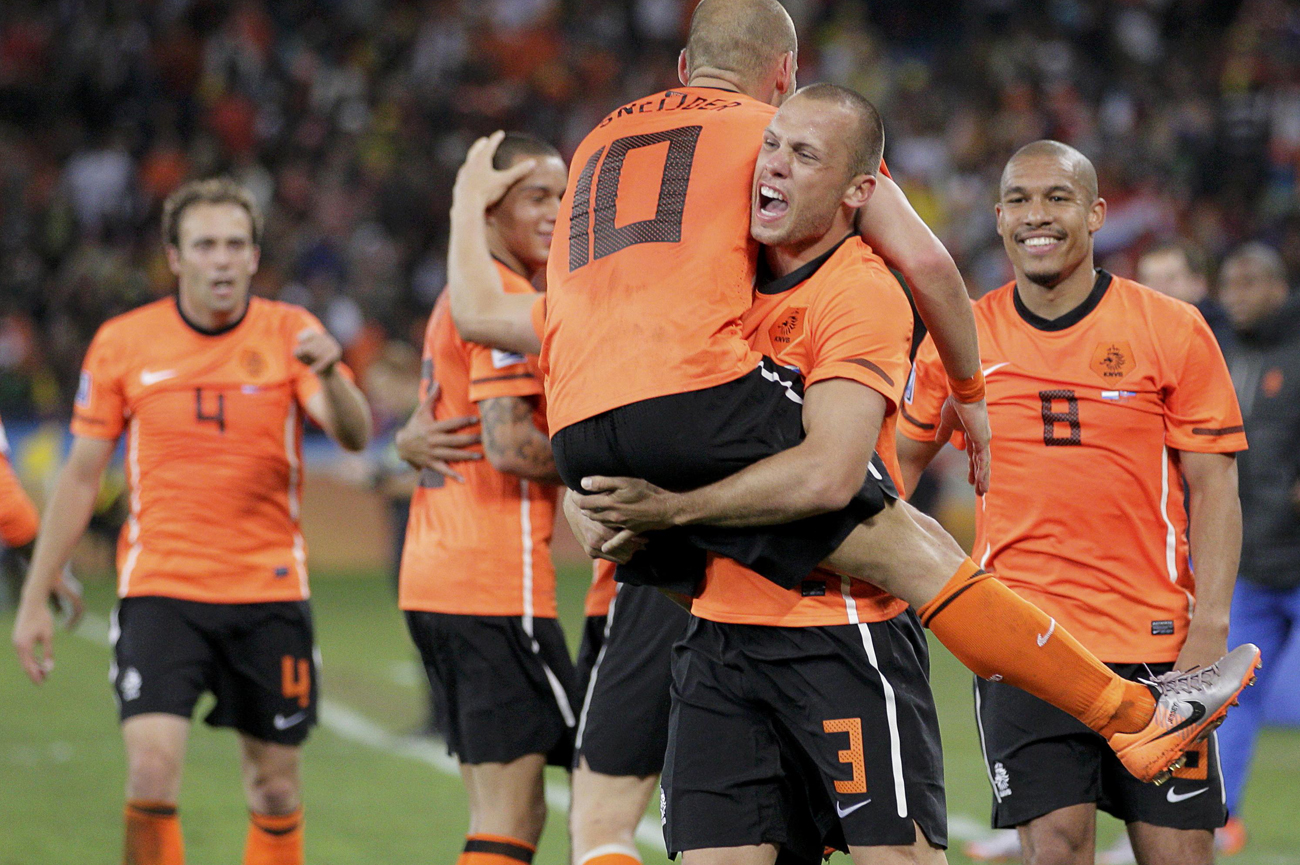 On Monday, Durban’s Moses Mabhida stadium saw wind, rain and another workmen-like victory by the Dutch steamroller. Pity they are still playing soccer as boring as it gets. The match ended The Netherlands 2, Slovakia 1.

Yes, the Dutch qualified for the quarter finals of the World Cup without breaking much sweat and, yes, their squad is injury-free and not overly bothered by suspensions. But, at the same time, they are playing the type of soccer that makes their opposing teams want to fall asleep and the audience has to practice the Mexican wave in order to avoid numbness.

Playing like they’ve played this year, the Dutch have a good chance of going far down the line. But in their quest for the prize, they will sacrifice the soul of the soccer. It wasn’t always like this: the Johan Cruyff-led generation of 1974 played the most beautiful game in the world, they even invented the concept of “total football” to explain what Ajax Amsterdam and the Dutch national teams were doing to their opponents. They eventually lost in the 1974 finals against the Germany, but who cares? They stayed in the hearts and minds of every true believer all over the world.

The 1988 generation, the one with Gullit, Van Basten and Rijkaard, finally won the European title but still never won much at the World scene, and yet everyone remembers the magic. Gullit’s gazelle-like pace and van Basten’s goals were objects of art and beauty.

Compared to those god-like examples of the Dutch school of soccer beauty, today’s generation looks more like a multinational corporation, whose only goal is to deliver a couple more percentage points to their shareholders. The beauty is gone, replaced by the deity of a new type: results. The orange drones play the game with minds and super-computers, but they play it without hearts. The resistance against them may be futile, but this soccer heart will not be assimilated.

For the first couple of minutes, the mood is exploratory, with no side in a rush to attack madly. Slovakia look composed, while the Dutch are their usual, serious workers.

Now we’ll see what Slovakia are made of.

You have probably wondered why there are no comments in-between Robben’s goal and his yellow card. Well, it is simple: NOTHING happened. Just the Dutch playing their mind-numbing positional game.

Are the Dutch losing their grip on this tightly-controlled, mostly eventless game? The Slovakians are fighting for their lives and they are finally finding holes in the Dutch defence.

The end. The Netherlands has won against Slovakia 2-1.