Springboks pronk over, around and under Italy

Springboks pronk over, around and under Italy 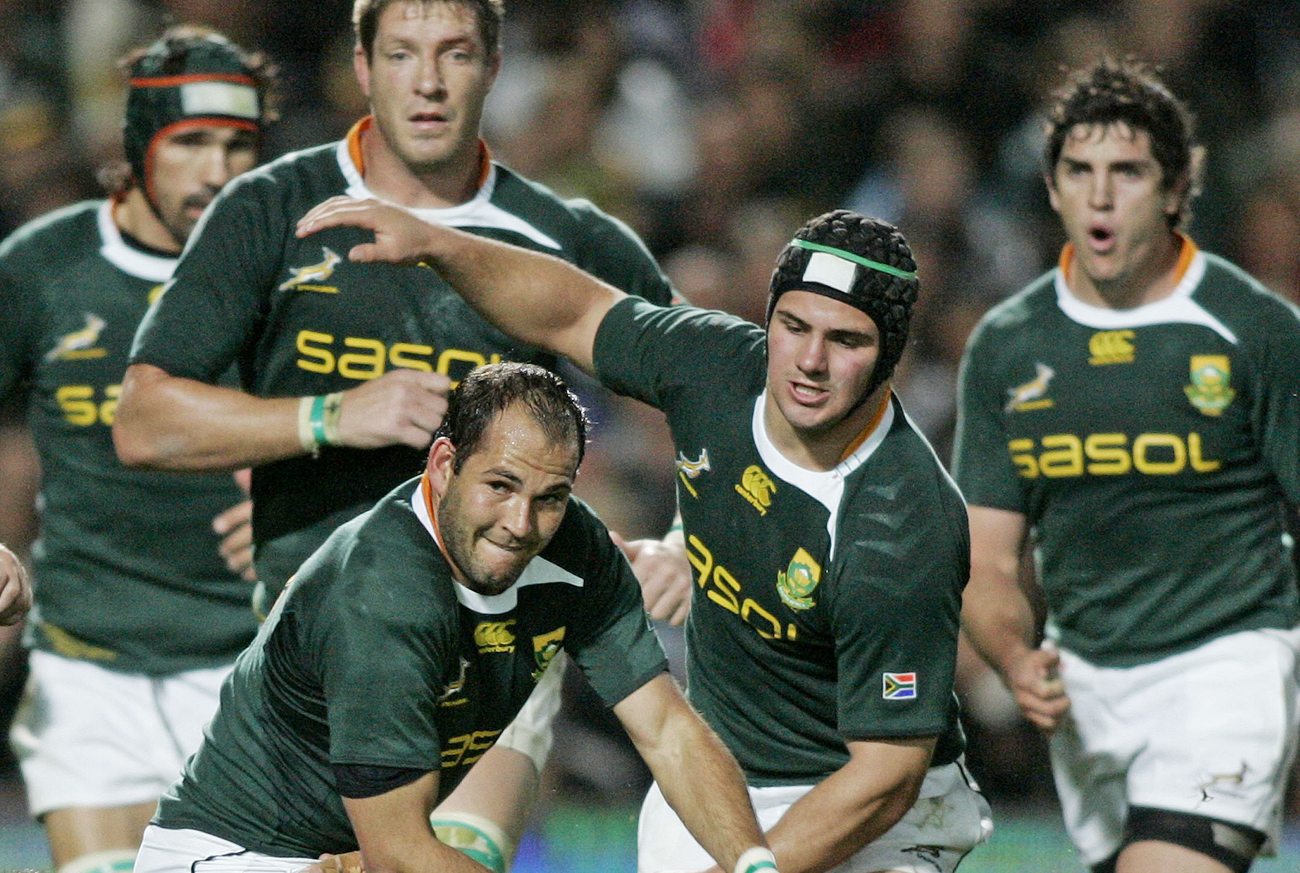 The French and Italians headed homeward on the weekend - ignominious endings to their 2010 Soccer World Cup campaigns after having faced each other as the best two teams on the planet four years ago. The French and Italian rugby squads have also departed with the same sense of defeat, having been roundly thumped by the Springboks.

The antelope, antidorcus marsupialis, was named “springbok” by early Dutch settlers because of the way it bounds high in the air on stiff legs with arched back and fluffed rump fur in a splendid display called “pronking”, one of many peculiarly South African words since absorbed into the English language. On Saturday, playing at a comparatively drab East London stadium, the Boks pronked all over Italy to win 55-11 in the last of their warm-up games before the Tri-Nations begins against New Zealand in two weeks.

Our annual mini-world cup between the three southern hemisphere superpowers kicks off the day before the World Cup final at Soccer City, and that’s where we’ll really see if the outstanding game against the French three weeks ago, and the winning albeit somewhat viscous two tests against minnows Italy, were proper yardsticks of the Springboks’ talent this year.

South Africa’s Super-14 domination and good run of form this year ahead of the 2011 Rugby World Cup are indisputable. What isn’t is how the Bokke will handle the tag of being the favourites a second year in a row, and whether they can continue their winning streak Down Under. It’s an important psychological milestone if the Springboks can do well in New Zealand, given that that’s where the next year’s World Cup takes place.

On Saturday, the men in green-and-gold did what the men in yellow-with-green-trimmings (okay, Bafana) couldn’t do by cheering up a dispirited nation with consistent wins.

The 55-11 trouncing of Italy, following last week’s 29-13 win over the same opponents (and the previous week’s 42-17 thumping of the French) capped the warm-up Tests and exposed some youngsters to the rigours of Test rugby, not least of whom is Francois Louw. Louw, who had a superb season alongside Schalk Burger for the Stormers, has shown there is life after Heinrich Brussouw, the find of the season last year, who defied Jake White’s contention that fetchers are only good for getting beer.

Interestingly Louw was one of five players on Saturday whose fathers have been Springboks’ before them (including Burger, Andries Bekker, Flip van der Merwe, and Ruan Pienaar), but is also the grandson of Bok icon Jan Pickard.

Louw deservedly won man-of-the-match and the selectors, like the fans, must be salivating at the sudden depth in fetcher flanks ahead of Brussouw’s return from injury.

Gio Aplon, Dewald Potgieter and Van der Merwe also put in good showings against Nick Mallett’s charges. Arguably, the cleverest thing the Italians did was to stand off a lineout when the legendary Springbok rolling maul set off, only to be penalised because they weren’t pushing against opposition players. Mallett still has the goods, even if he doesn’t have the quality players he had as Springbok coach way back when.

Morné Steyn came to the party with two tries, five conversions and two penalties, and Ruan Pienaar, a little more assured when he replaced him, and added two penalties. Pierre Spies showed his explosive pace for a big man with another burst-through try, and there were first tries for Jannie du Plessis, BJ Botha, and Van der Merwe.

The most keenly watched try, however, was Bryan Habana’s, which equalled Joost van der Westhuizen’s record of 38 Test tries. Habana is sure to eclipse that record, and Steyn appears to be likely to take a few of Percy Montgomery’s goal-kicking records himself.

The real test starts in two weeks, in a weekend of superb sport when the World Cup final and third-place playoffs take place in South Africa.

(Shapshak is editor of Stuff magazine, and two-time sports editor of the Mail & Guardian)