The Human Genome Project, 10 years on

The Human Genome Project, 10 years on 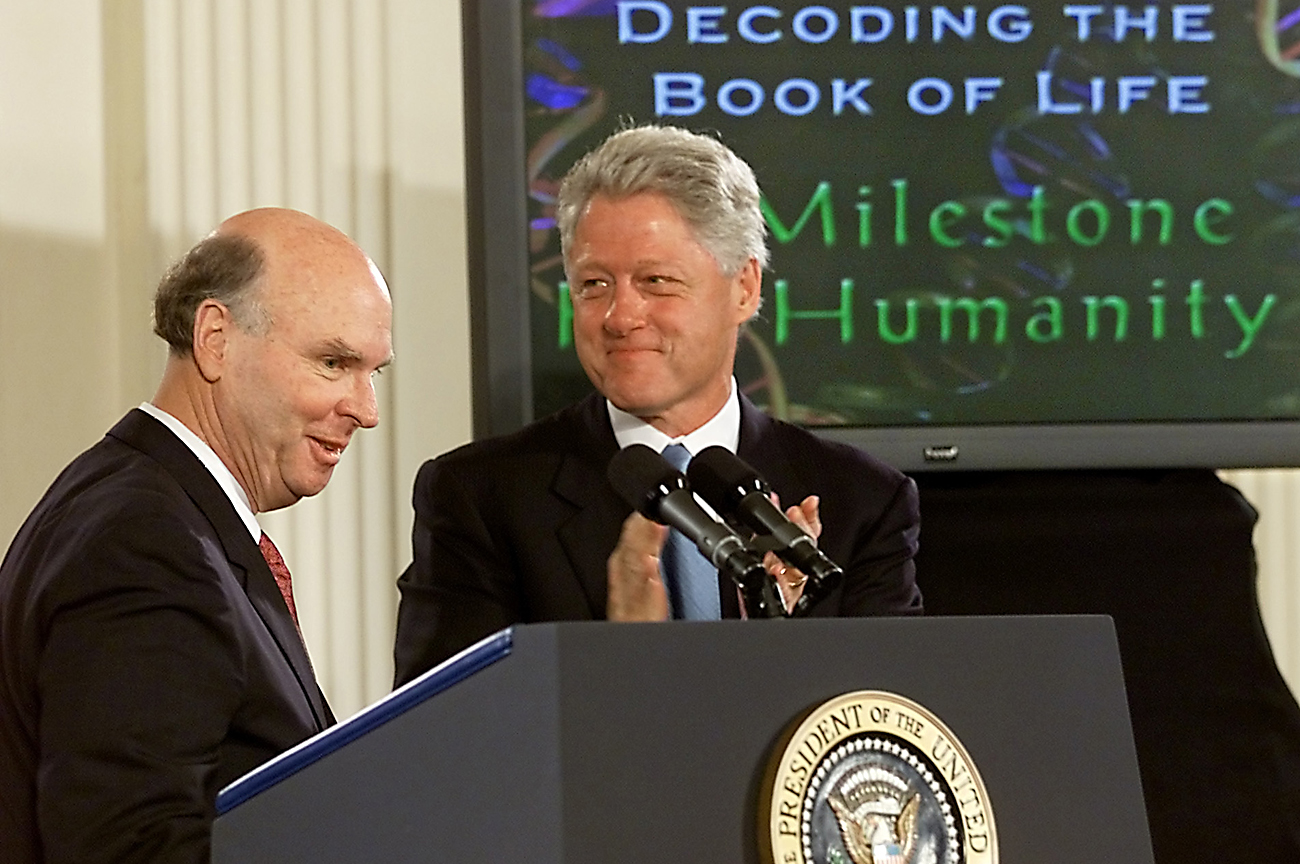 Mapping the blueprint for life hasn’t quite brought the miracles and wonder of personalised drugs, a burgeoning billion-dollar biotech sector or a revolution in the treatment and prevention of diseases. As The Human Genome Project marks a major milestone, what humanity has discovered is that we’re only at the beginning of the beginning in the voyage of genomic discovery.

Ten years ago US president Bill Clinton stood on the steps of the White House to declare a major scientific breakthrough – that almost all of the human genome had been decoded. As the world celebrates this milestone news comes from the J. Craig Venter institute that the genetic code of the body louse has just been unlocked.

The scourge of Napoleon’s army, carrier of typhus and trench fever, the body louse joins the illustrious fruit fly and honeybee which have also had their genomes sequenced. Published in the “Proceedings of the National Academy of Sciences” the study that reveals the sequencing and analysis of the body louse genome is the work of 71 scientists.

What exactly does this mean for humanity? According to Ewen Kirkness, lead author of the study, “Researchers have the opportunity to gain greater insights into the co-evolution of a host-parasite-symbiont trio with the potential outcome being the eradication of the body louse.” In more simple terms: “Bye bye pesky parasite”.

Unfortunately the benefits of the human genome project are less explicit or obvious as opined by The New York Times. The first steps up the twisting ladder of mapping and sequencing the human genome created a global frenzy of expectation. Cracking the code to humanity’s genomic secrets surely meant that the genetic causes of disease could be uncovered, that groundbreaking new genetic drugs would be discovered and that a trail-blazing a multibillion-dollar biotechnology industry would follow.

The reality was a little different. As The Economist’s special feature on genomics astutely points out, the Human Genome Project and associated industries followed a path that echoed the birth-boom-bust-boom of the Internet. Just as Web 1.0 made way for Web 2.0, so too scientists looking from the outside in on the genome couldn’t have predicted the natural challenges, big failures and even greater successes that marked the race to complete the Human Genome Project. Just as Web 1.0 would give birth to the social networks that would create an expansive Web 2.0 of limitless possibility, so too Genome 1.0 – the race to complete the sequencing – would only mark the beginning of the beginning of potential.

The Human Genome Project has a lot to thank Augustinian priest and scientist Gregor Mendel for, and there is some irony that a theist’s work on the inherited traits of pea plants would prove the departure point for man eventually “playing God” by unveiling the very blueprint of creation and creating (albeit synthetic) life.

After Mendel’s 1865 breakthrough, Archibald Garrod postulated the concept of inborn human errors of metabolism in 1905, Alfred Sturtevant made the first linear map of genes in 1935 after constructing the first genetic map of a chromosome in 1913. The double helical nature of DNA would be described 20 years later by Francis Crick and James Watson. A genetic code would be determined in 1966, DNA sequencing methods discovered in 1977, the first human disease gene (Huntington’s disease) mapped with DNA markers in 1983. After that the breakthroughs came thick and fast and in 1990 the $3 billion Human Genome Project was announced as a collaborative public project by the US government and a consortium of geneticists from the UK, India, China, France and Germany. The dream was to complete the mammoth task of mapping of all human genes (or our “genome”) and determining the sequences of the 3 billion chemical base pairs that make up human DNA in 15 years.

Watch Craig Venter speaks to Richard Dawkins about the shotgun sequence of analyzing the human genome and the genius of Charles Darwin:

That dream was scuppered by maverick biologist and “showman” scientist Craig Venter who called the scientists on the government payroll a “liars’ club” and threw down the gauntlet saying he would complete the task faster and cheaper. A former Vietnam veteran who once tried to commit suicide by swimming into the sea, Venter had an epiphany that saw him dedicate his life to humanity. He also set himself the goal of becoming the world’s first billionaire biochemist and his big breakthrough in genetics came when he became the first person to decode a bacterial genome.

True to his word, Venter would join Bill Clinton on the steps of the White House on 26 June 2000 to announce that he and his team had virtually decoded the entire human genome. The public sector project headed by Francis Collins also had a draft in hand. Depending on how you interpret the word “complete”, the genome was “fully” sequenced in 2003, however, there are still regions that are unfinished. Estimates currently put the “completion” rate at some 92%.

Venter continues to upstage public payroll scientists with spectacular announcements. More recently Venter infuriated theists when together with a team of scientists at the J. Craig Venter Institute he declared he had created life. The life in question was a bacterium called “Synthia” whose genome was fashioned using chemicals in a laboratory. Synthia’s evidence of being alive was the production and replication of proteins.

While Venter upsets the God-fearing and stirs global debates about the ethics of genetics and whether genetics should be regulated, public sector scientists celebrated the 10th  anniversary of The Human Genome Project by using genetics to save Africa. (Which begs the question who isn’t trying to save Africa?)

The US government’s National Institutes of Health and its charity partners recently announced a $37 million project to support population-based genetic studies in Africa. Called Human Heredity and Health in Africa or “H3Africa”, the project will focus on common, non-communicable disorders such as heart disease and cancer, as well as communicable diseases such as malaria.

Conducted by African researchers, “H3Africa” will use genetic tools to identify hereditary and non-hereditary components that contribute to the risk of illnesses. A local working group that will focus on non-communicable diseases will be led by South Africa’s Bongani Mayosi who is chief of the department of medicine at the University of Cape Town.

Speaking to Reuters at a briefing to explain the project, Mayosi said the initiative was, “A very, very important shift in the way science is done in Africa. Up until now, we have been operating almost in a colonial mode of doing science, where people from outside Africa have been coming to collect samples, then processing them and publishing their papers outside Africa. What is different about this initiative is that it seeks to do science in Africa, by Africans and for Africans.”

It is fitting that the 10th  anniversary of the genome project returns to the place where life began, which has haemorrhaged scientific talent to the West and which bio-geneticists up to now have largely ignored.

Read The Economist’s special report on the human genome,  “A Decade Later, Genetic Map Yields Few New Cures” in the New York Times. Read “The man who wants to play God” in The Tribune, India.

Photo: U.S. President applauds Dr. Craig Venter, President of the Celera Genomics Corporation (L) as they announce the completion of the initial sequencing of the human genome June 26 in the East Room of the White House. Decoding the 3 billion chemical “letters” in human DNA is seen as one of history’s great scientific milestones – the biological equivalent of the moon landing. REUTERS

Watch: Francis Collins on the language of God, intellectual reflections of a Christian geneticist: