‘Soccer south of the Umbilo’ – a movie about special football memories 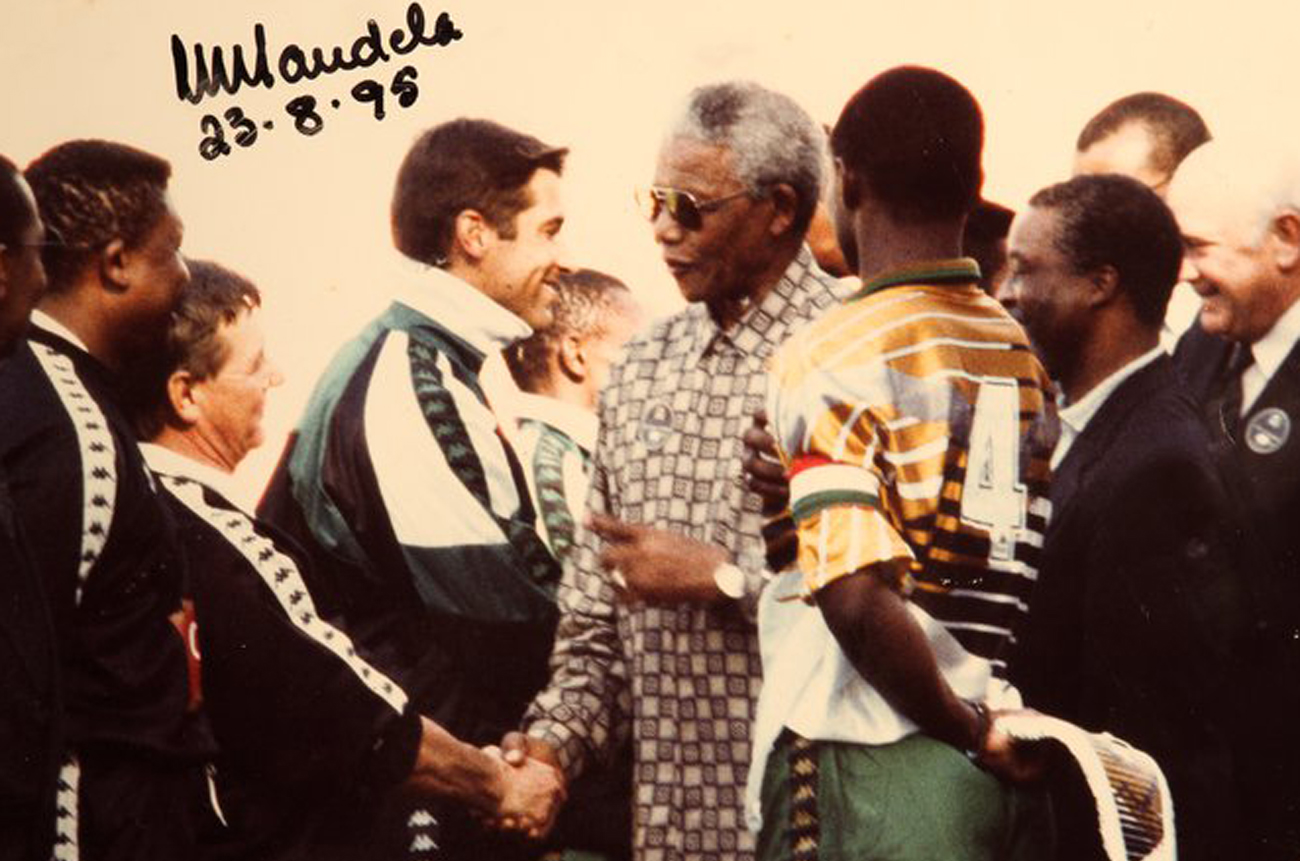 As the Carlos Parreira-led Bafana Bafana leave the World Cup stage, the movie about another iconic South African coach is about to hit theatres nationwide. The one that won us the only big cup, ever: Clive Barker.

If you grew up in the southern basin of Durban, there’s a good chance you’d become a “skollie”. A collection of verkrampte lower- to middle-class suburbs, south of the Umbilo River was blue-collarville where kids who roamed the streets became either crazies or gangsters. That’s if they didn’t know how to kick a ball. If they could run out on a field and play a bit of footie, then there was a great chance things would be a whole lot different for them.

For some or other reason the conservative, working class suburbs from Bluff, Wentworth through to Montclair, Woodlands, Yellowwood Park and right through to Escombe south of Durban were soccer city central in the seventies, eighties and nineties.

Some of the country’s greats were produced in these areas – people like Mlungisi “Professor” Ngubane, Sean Dundee, George Dearnaley, Neil Blankenberg, Dillon Sheppard, Gordon Igesund, Marlon Burgess, Steve Barker and Mangoba “Sputla” Mkhize. It would also produce Clive Barker, the South African coach who steered Bafana Bafana to a spectacular win at the 1996 African Nations’ Cup by beating Tunisia 2-0 in the final. During Barker’s watch the South African national team once ranked among the top 20 in the world.

Barker’s life and times have been immortalised by his son, filmmaker and soccer lover, John Barker, in a movie that pays tribute to the Durban greats. Called “Soccer South of the Umbilo”, the film tells the story of a golden era in local football.

“There was a joke everyone in that area bandied about. They used to say that the sand is red from the south, and from the north there’s only black soil. For some reason, people said it was because of the differences in the soil south of the Umbilo that the area produced people who were either crazy or were brilliant soccer players,” said Barker. “It was a place that seemed to divide people into two paths. You either became a soccer star or a hooligan.”

Watch the official trailer for “Soccer South of the Umbilo”:

Football was a national pastime in the area because it was cheap and a lot of people who lived there were poor. All you needed was a roof, or the beach, or a dusty patch of ground and a ball to play the game.

Soccer lovers will remember Clive Barker as a critic of apartheid, perhaps largely because his job as coach for teams like Durban City, Durban Bushbucks and Amazulu took him into the heart of townships where he experienced apartheid face to face. This, while most other whites lived, shopped and braaied their boeries well away from black townships.

“Here we were living in this incredibly conservative area, yet my dad was very outspoken and we went to watch him coach football teams in the townships where we witnessed the effects of apartheid first hand. Interestingly, despite the area’s conservatism, the players were very accepting of people of different cultures or colours on the team. All they cared about was how you played the game. It was the administrators who were forever fighting and trying to stop black and coloured players from coming into the leagues,” says Barker.

But it wasn’t just the administrators that were trying to enforce apartheid. Barker recalls an incident when his father had the Amazulu team over at his house for a braai. “This was the mid-eighties and my dad had tall, lanky, but very athletic black guys on the team like Julius Chirwa and Joel ‘Fire’ Masilela. In those days there weren’t fences around houses and we had a swimming pool in the front garden. These lanky black dudes were sitting in the pool and all over the yard. I remember distinctly this guy driving down the road and slamming on brakes in front of our house, saying: ‘Jeez man, do you know you’ve got kaffirs in your pool?’ We were all amazed. The guy looked at us and we looked at him, and he appeared so shocked. Then he just drove off,” said Barker. That, and Clive’s penchant for choosing players according to talent and not race, brought the Barker family bomb threats. The movie director tells of the day he and his father walked to  vote, passing Conservative Party delegates who screamed out at Clive Barker: “Jou fokken Jood”. Barker, the filmmaker laughs, saying he and his father still haven’t figured out what that had to do with anything.

The sense you get speaking to Barker about his father is that Clive’s motives weren’t overtly political, but rather driven by the love of the game and the people who played it. “My father always told people how incredible it would be to have Maradona playing at Ellis Park.”

Of course, the day has arrived, and Maradona is in South Africa, albeit as a coach and not as a player. “I think it is a bitter-sweet experience for my dad because he would have loved to have been involved in the World Cup. I think if he was, we possibly could have done better. When my dad managed the team they were 16th in the world. We drew Germany in Germany, we drew England in England. I reckon it’s tough for him to see us go from those glory days to falling out in the first round of the World Cup.”

Watch a clip from “Soccer South of the Umbilo” that features interviews with Clive Barker, Mike Mangena and Mark Fish:

“Soccer South of the Umbilo” is filled with this type of nostalgia. A son’s tribute to his father, it is studded with the soccer stars that helped Clive Barker present the winner’s medal from the 1996 African Nation’s Cup to a beaming Nelson Mandela. The documentary features interviews with Mark Fish, Lucas Radebe, Neil Tovey, Doc Khumalo, Phil Masinga, André Arendse, Pere Ariweriyai, Roger de Sa and many, many more.

It’s not the focus of the film, but there’s a clear lament that not enough is being done to develop young talent. The sadness about “Soccer South of the Umbilo” is that an area of fertile soccer talent has now become relatively sterile. “In that 10-mile radius south of the Umbilo there were eight clubs with thousands of kids playing there. However, the area has become mixed race and the old conservatives don’t want to see black and coloured youths playing at those clubs. It is heartbreaking for all of us because that was such a fertile breeding ground for brilliant players,” says Barker.

Then there’s the matter of nurturing young talent and how soccer administrators are largely failing on this score. “I think the situation we now have is indicative of the fact that Safa hasn’t put adequate money and effort into the development of young kids in the way they should have. The tragedy is that the fields I once played on are empty. It is shocking – there should be hundreds of kids playing there and becoming the next soccer legends of our world. But they’re empty.”

“Soccer South of the Umbilo” will screen at Nu Metro Hyde Park from 25 June 2010 and will premier in Durban at the Durban International Film Festival.