The World Cup Day that was: 23 June 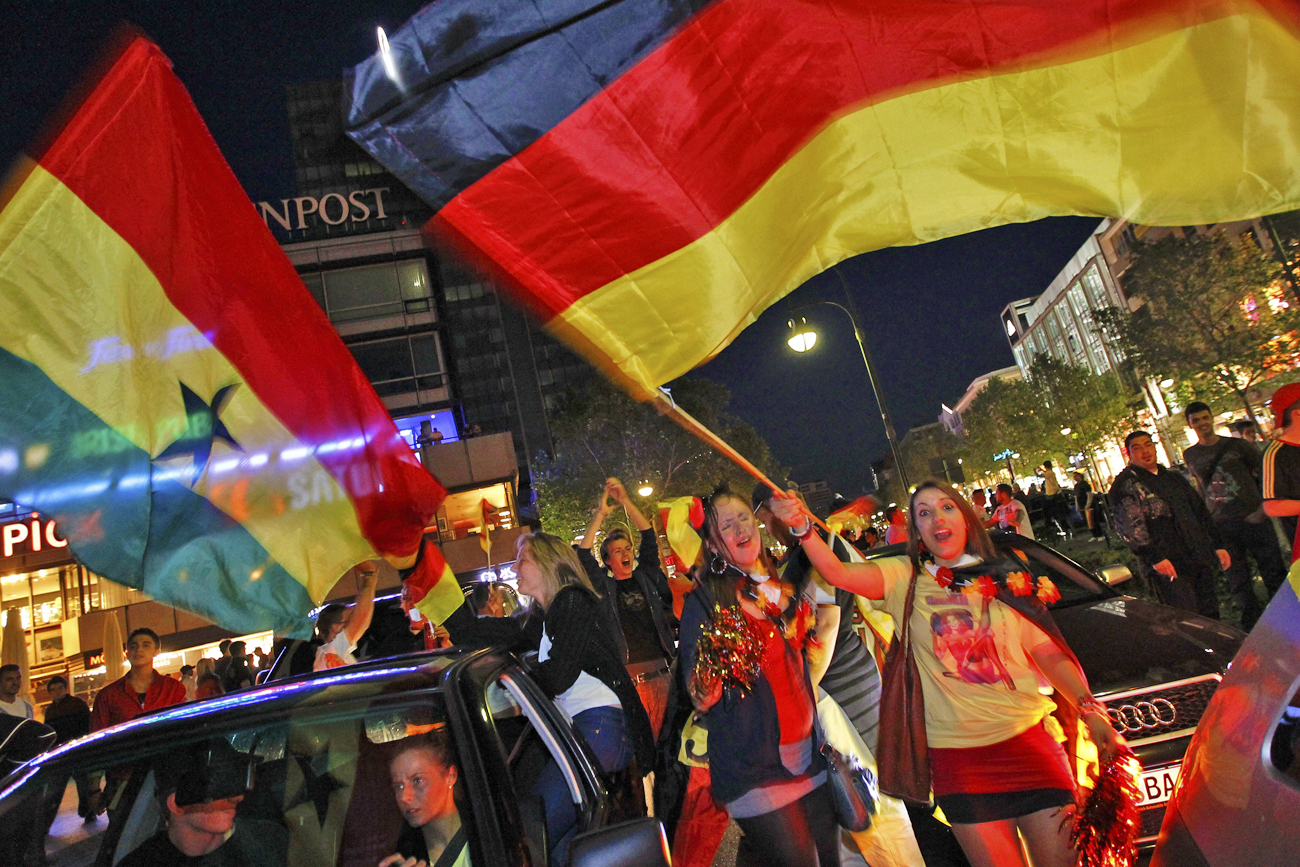 Museveni wants Ugandans to concentrate on farming, not football; US restaurant serves World Cup lion meat special; US and England make second round; Ghana advances to next stage (so does Germany); Aussie boy lives in soccer bubble.

In the second week of the World Cup, people around the globe are still in the grip of football fever. But not in Uganda – that is, they won’t be if President Yoweri Museveni has anything to do with it. Museveni, who declined to attend the opening ceremony, has said that watching matches is a “waste of time”. Instead he has advised parents to teach children “about National Agricultural Advisory Services programmes and farming” because “this will help change this country, not football”. But Museveni might have difficulty convincing adults that National Agricultural Advisory Services are more interesting than soccer, never mind children. So far the general Ugandan population is cheerfully ignoring his directive and following as many matches as possible, despite the fact that the Ugandan Cranes didn’t qualify for the tournament.

A restaurant in Phoenix Arizona is offering lion burgers to its customers as a World Cup promotion. What exactly is the tie-in, you ask? Well, the logic goes something along the lines of that lions come from Africa and the World Cup is in Africa, and in Africa they eat lions. No, really, they do. “In Africa they do eat lions, so I assume if it’s OK for Africans to eat lions then it should be OK for us,” restaurateur Cameron Selogie said. “We thought that since the World Cup was in Africa that the lion burger might be interesting for some of our more adventurous customers.” Right then. Unsurprisingly, animal activists are up in arms, so it doesn’t look as if lion meat is going to become the new burger king.

England finally found the form that has eluded them so far this tournament, going one up against Slovenia halfway through the first half. They held on to the lead until the end of the match, and booked their place in the second round. For a glorious few moments, Slovenia thought they were also through, after the US-Algeria match looked set to end in a goalless draw, with only a few minutes of injury time to be played out. But then Landon Donovan scored for the US, putting his team at the top of the group with England second. The Slovenians have done better than anyone expected them to do in this World Cup, but the Americans deserve to go through, especially considering they would’ve done even better if they hadn’t been on the receiving end of some bizarre and incompetent refereeing decisions, with officials seemingly bent on disallowing them perfectly legitimate goals

Ghana lost to Germany, but managed to go through to the second round; Australia beat Serbia, and didn’t. Before Wednesday’s matches Group D was wide open, which made for a tense 90 minutes of channel flicking. Germany were pretty sure of their place after going one up against the Black Stars and, with the African team struggling for an equaliser that would’ve put their minds at rest, the final group standings hinged on the Australia-Serbia match. If Serbia had equalised, or if Australia had pulled off a miracle and scored enough goals to improve their goal difference Ghana would’ve been out, but in the end they managed to hang on to their second spot in the group. Africa’s hopes in the tournament now depend on the Black Stars, who’ll face the US in the second round.

Adam Santarossa from Sydney, Australia, is World Cup 2010’s boy in the bubble: Adidas is sponsoring him to live in a giant Jabulani ball for the duration of the tournament. He’s allowed out for meals and toilet breaks, but the rest of the time is confined to the 6m diameter ball with only essential facilities: a television, laptop, bunk bed and, of course, a well-stocked fridge. Santarossa’s duties are to watch the soccer matches and then tweet and blog about them. It doesn’t sound like much fun to us, but we suspect there are plenty of other 23-year-old men who’d disagree, especially if they were being paid $2,600 for their troubles. Santarossa has even joked about making his new home more permanent. “It’s a pretty easy life,” he said. “I’m going to be seeing if they can extend my lease.”

Photo: Soccer fans celebrate after the 2010 World Cup Group D match between Germany and Ghana, at the Kurfuerstendamm boulevard in Berlin, June 23, 2010. Germany won the match against Ghana 1-0. REUTERS/Fabrizio Bensch