Oz has new prime minister and she ain't named Sheila

Oz has new prime minister and she ain’t named Sheila 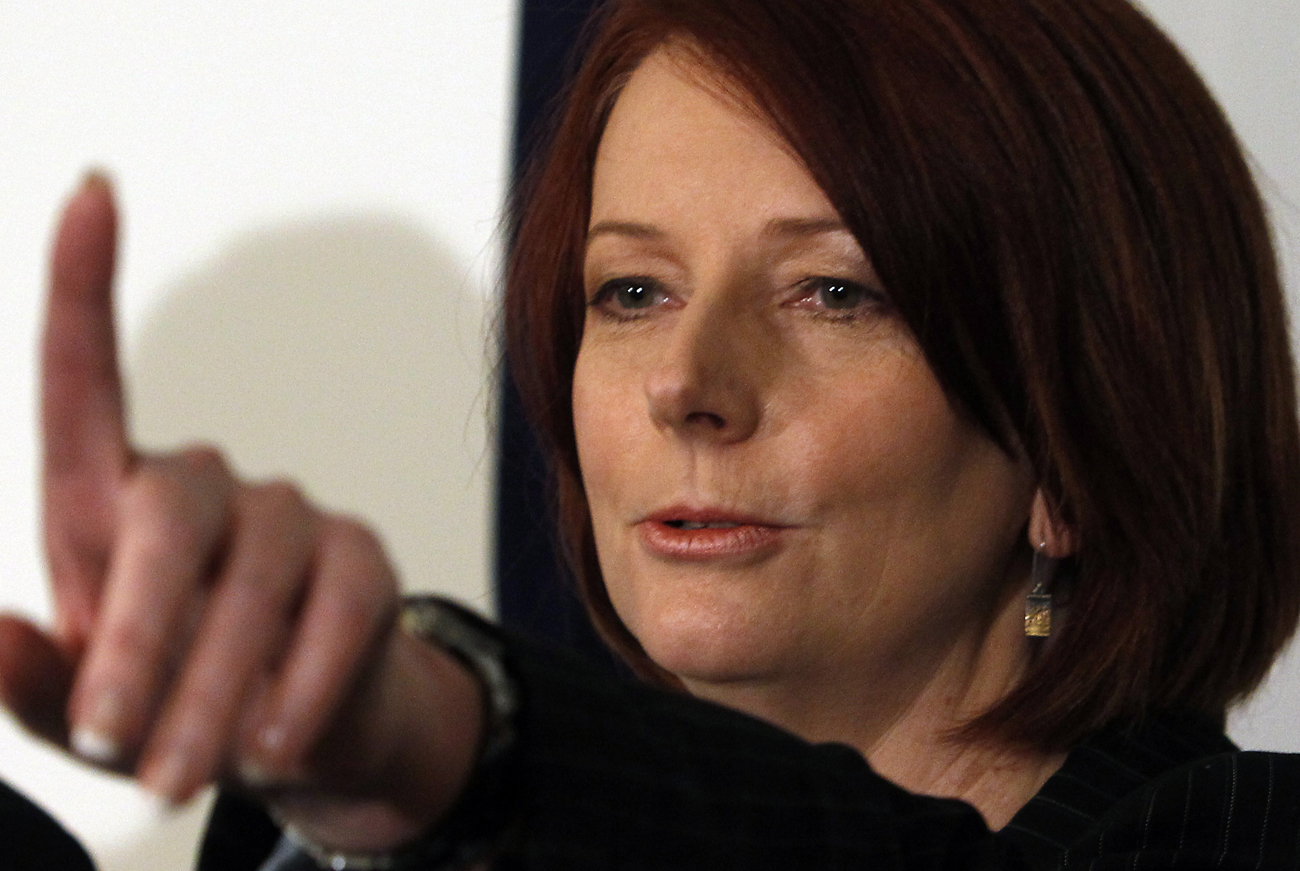 Well, it eventually had to happen. One of the developed world's last bastions of man-power has been taken over by a woman. Julia Gillard, until last night the Australian Labour Party's number two, is now the boss, though her job will be to prepare the country for a coming successful election.

Embattled Aussie prime minister Kevin Rudd faced up to the inevitable and stepped down from his job on Thursday. His Labour Party mates immediately replaced him with his number two – Julia Gillard. In a country that many still see as male-dominated, Gillard has now become Australia’s first female prime minister.

Rudd was facing rising opposition from within his centre-left Labour Party as his support from the Australian public began to slide this year as several economic stimulus measures have been dogged by charges of mismanagement and corruption. Two months ago, Rudd’s support dropped even further when he abandoned his support for his own carbon cap-and-trade energy policy that had been a key part of his policy agenda. Ultimately Rudd’s position became untenable when he could not bring about a controversial mining tax that bamboozled Bruce and Sheila and made no friends in the country’s influential mining sector either.

Rudd, who previously had gained the highest approval ratings in Australian history, has become the country’s shortest-serving prime minister in nearly 40 years and one of only a handful to be forced from office before finishing one term in office.

After denying she had designs on Rudd’s chair for months in the face of his slumping popularity, on Thursday Gillard announced she would challenge Rudd for the party’s leadership because “a good government was losing its way…. My values and beliefs have driven me to step forward to take this position as prime minister. I will lead a strong and responsible government that will take control of our future.” Gillard added that she would call an election in the next several months.

As he resigned, Rudd tearfully spoke of his accomplishments during his two-and-a-half-year tenure, saying, “We have thrown our absolute all at this.” Rudd had earned the sobriquet “24/7 Kevin” for his working style.

In support of the new prime minister, Rudd said he would give 100% to ensure Labour again gained a majority. Early in his tenure, Rudd had earned broad support for social policies that included an apology to the aboriginal community for the sins of the Australian government and society, and for an economic stewardship that helped Australia dodge a bullet during the global financial crisis – virtually the only industrialised nation to do so.

The new prime minister is a Welsh-born lawyer who has been an MP since 1998. She has gained a reputation as a hard worker and good communicator, although she has taken much ribbing for her strong accent and a propensity for changing her hairstyle frequently.

As the new prime minister and Labour Party leader, Gillard is betting she can connect better with the voters than Rudd had been doing of late, especially since recently published profiles have described him as an insecure, tantrum-throwing, controlling politician. (Was he secretly the Aussie answer to Gordon Brown? )

In her first public statements, Gillard said she would reopen the case for carbon pricing – if not a “cap and trade” policy – and would bring the increasingly acrimonious fight over the mining tax to an end. Former treasurer Wayne Swan, in charge of Australian financial policy, has been named the new deputy prime minister.

For more, read The New York Times, Reuters, the Financial Times, and the Sydney Morning Herald