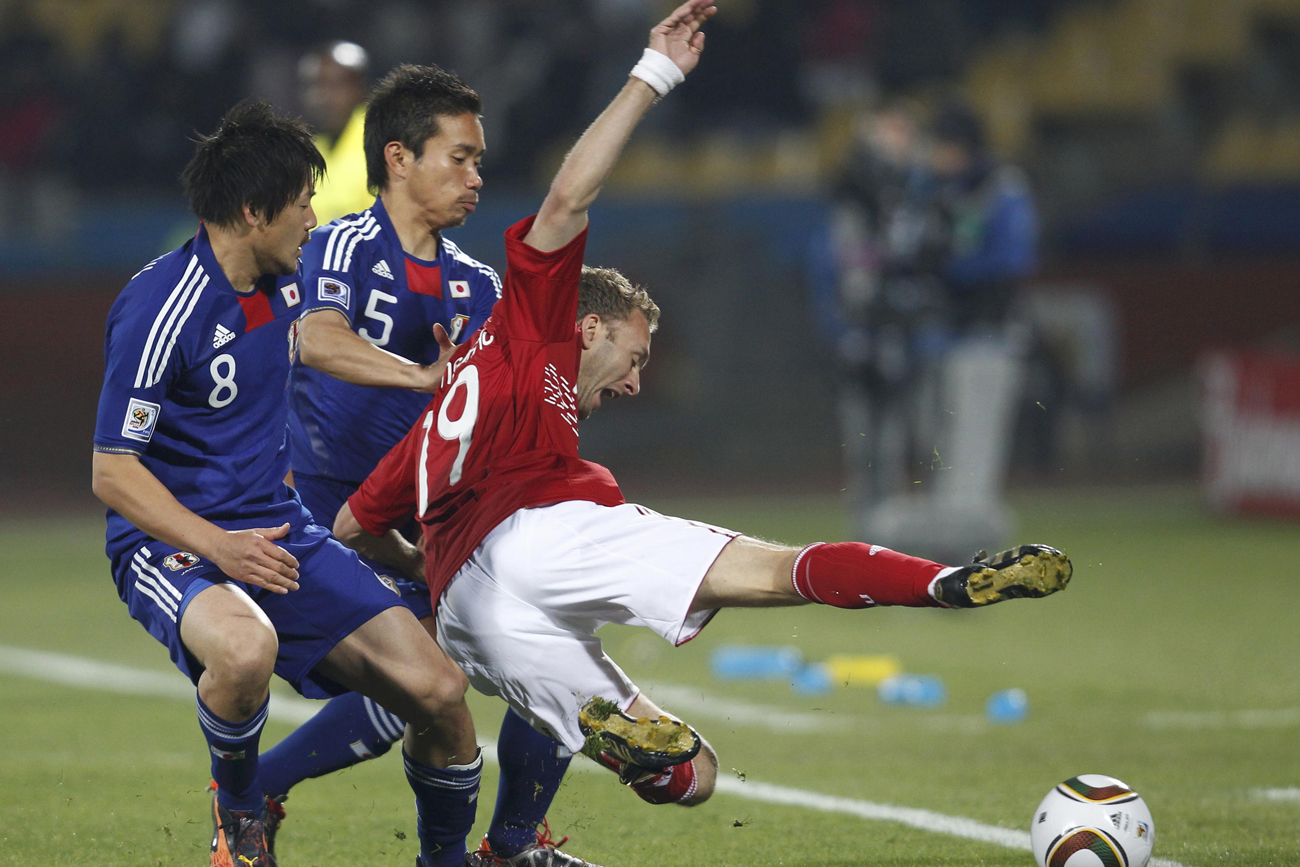 If anyone doubted that quality soccer is now played all over the world, the Group E duel in Rustenburg between Japan and Denmark was all the proof they’re wrong. The Asian team defeated the European champions of 1992 in a most emphatic manner in a game that never saw Denmark having much chance of survival. It ended Japan 3, Denmark 1.

Although Japan needed only a draw from the Thursday’s game to progress to the second round, there’s no doubt that anything less than victory was on their mind from the very start. And what a team they have: great players in the peak of physical shape, committed to playing for their country and, above all, being a great team. And then they have a genius among them in Keisuke Honda. The CSKA Moscow player (Russians paid 6 million euros) was playing a game of cat and mouse with his Danish opponents and he won most of them. His brilliant first goal was also the first proper goal of the tournament from a free-kick, while his involvement in the third goal left Okazaki with the simplest of touches.  Honda was intimately involved in just about every piece of the Japanese offensive puzzle in the match.

From their side, Denmark are a good team, but there was nothing special about them at this World Cup, except Denis Rommedal’s play in the Cameroon game. They are tall, strong and that’s pretty much it. They lack good ideas and do not dazzle with their technical skills. With a team like that, the Danes could do only so much, but the first round of the World Cup is where they should stay.

Japan will now face Paraguay in the next round, and should they repeat tonight’s performance, it is entirely possible that we will see them in the quarter-finals.

The opening minutes belong to Denmark. They have possession and are attacking. That doesn’t mean much, though, because it is possible that Japan is slow on getting into the game.

Denmark now has to score two goals to qualify. Japan’s defence looks composed, but Nagatomo gets another yellow card for delaying the throw-in.

After Japan’s second goal, the pattern is clear: Denmark will be left to attack and Japan will counter-attack, and they appear well able to puncture their opponent’s net a few more times. Since Tomasson’s goal, the ball is mostly in Japanese possession and in Danish half. Not a good way for Danes to look for their next goal.