Football and politics, separated at birth

Football and politics, separated at birth 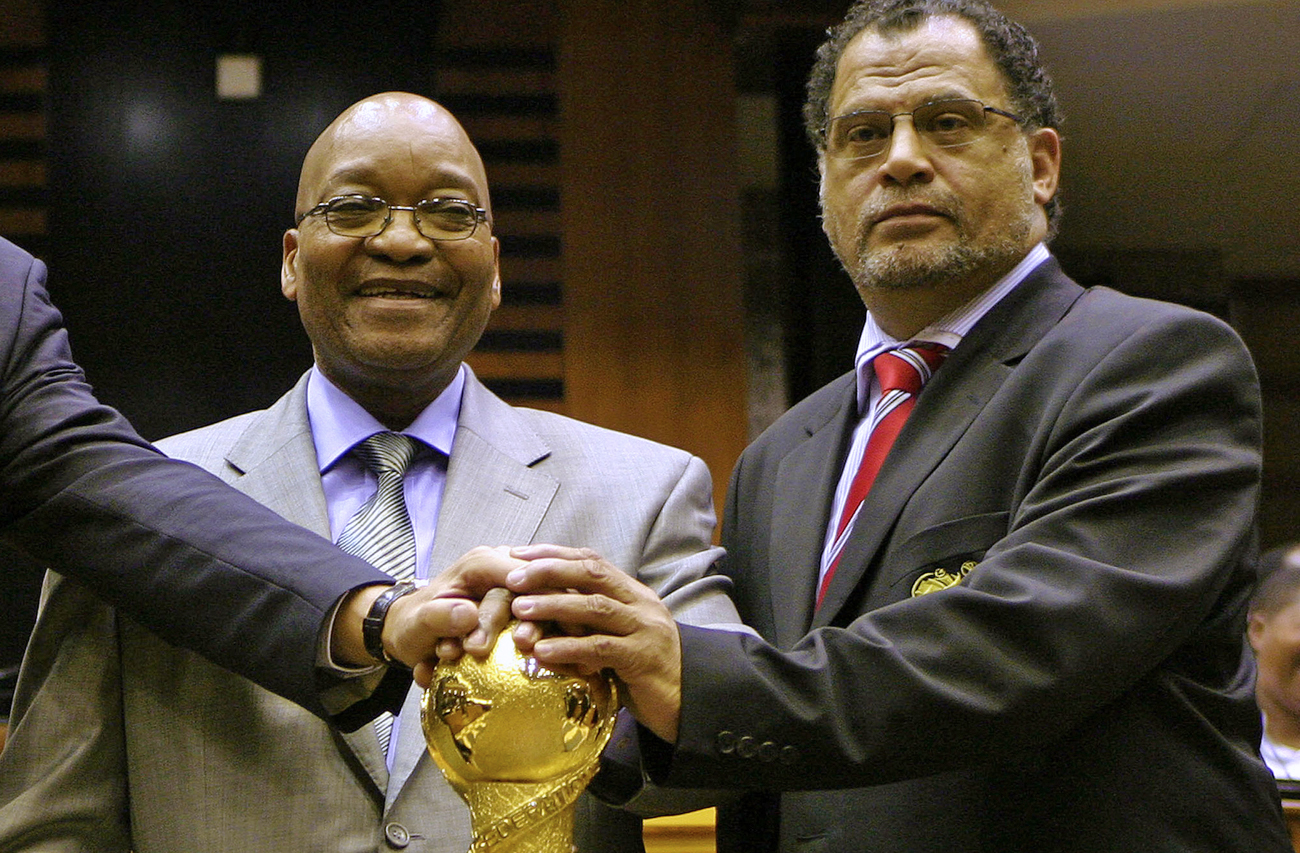 In South Africa, so much of life is politicised. And is dominated by the ANC. So you won’t be surprised to hear that the South African Football Federation has a national executive committee. And 52 regions. And provinces, and various other structures. And they vote in these structures. And conferences have a propensity to come close to disaster.

But perhaps the closest analogy is that the organisation has been dominated by two rather large lions. And one was in charge for a long time, and the other tried to usurp his throne. In the end, Irvin Khoza and Danny Jordaan were more evenly matched than Zuma and Mbeki. And so a Motlanthe-like figure, Kirsten Nemantandani was installed as president, and he hasn’t really been able to do much.

Soon the World Cup will be over, and the games will really begin. Khoza, it’s rumoured, hasn’t been happy that he was uninstalled as Safa president. He has money, resources and attitude. Jordaan has the much higher profile, and the fact that he first won and then organised this little carnival we’re enjoying. This time next year he should have a national order bestowed upon him.

The only check on the infighting will be removed next month. And, as they’ve demonstrated scores of times before, soccer administrators like nothing better than a big scrap.

In fact, watching Bafana Bafana play recently reminded us of those moments when we came back into international sport. Remember, when you knew Shane Warne would bowl us out, and that Danie Gerber just wasn’t good enough to get around Grant Fox. We would play bravely, but just be a little slow, a little rough. Bafana’s been identical. The passes are good, the players positioning solid. But the passes were too slow, occasionally one of our own would be robbed from behind, in what Thierry Henry would regard as a first division error.

Those moments of horror, watching our rugby team in particular always coincided with the political infighting at the top. Always. When you couldn’t really be sure who was running Sarfu/Saru and who would actually be leading the team. And we noticed that too. Are we really progressing to being a winning nation, or are we still fighting about who’s in charge?

If our footballing bosses were the ANC, then development is its Eskom. Things have just been left to lie, no one’s really noticed anything wrong, and as a result, the production line is broken. And strangely, the reaction has been exactly the same. “We’re sorry, and we’re going to fix it. Oh, and we’re going to throw lots of money at it too.” But in the meantime, we’re going to suffer.

The problem is structural. Uruguay beat us 3-0. Their population is roughly 3.5 million. Ours is about 50 million. Our economy is much bigger. So it’s about the leagues. It’s about strength playing strength. Or why Australia’s cricketers always win – six provincial sides playing each other produce teams that beat teams made up from England’s 18 counties. Strength versus strength works. And our leagues just aren’t strong enough.

To change that is a tough ask. Football clubs bring with them owners with rather large egos and entrenched interests. Good luck to whoever tries to sort that out.

But the World Cup will have brought some big gains. If managed properly, more middle class people will want to pay more for tickets. You know, reserved tickets at Soccer City. And the Lions rugby union really should try using Soccer City for a game or two soon. There’s plenty of buzz around our soccer at the moment, the marketing must start now.

But, like any organisation, it needs a strong leader. A Thabo Mbeki or Danie Craven, who’s able to push and pull and has enough political power to make what needs to happen happen. Nemantandani doesn’t strike us as the person to do this. So, there’s going to be a power struggle. We hope whoever wins, wins properly. Not necessarily without a bit of controversy – this is sports administration politics after all. But we would like them to win well enough to make a real difference.