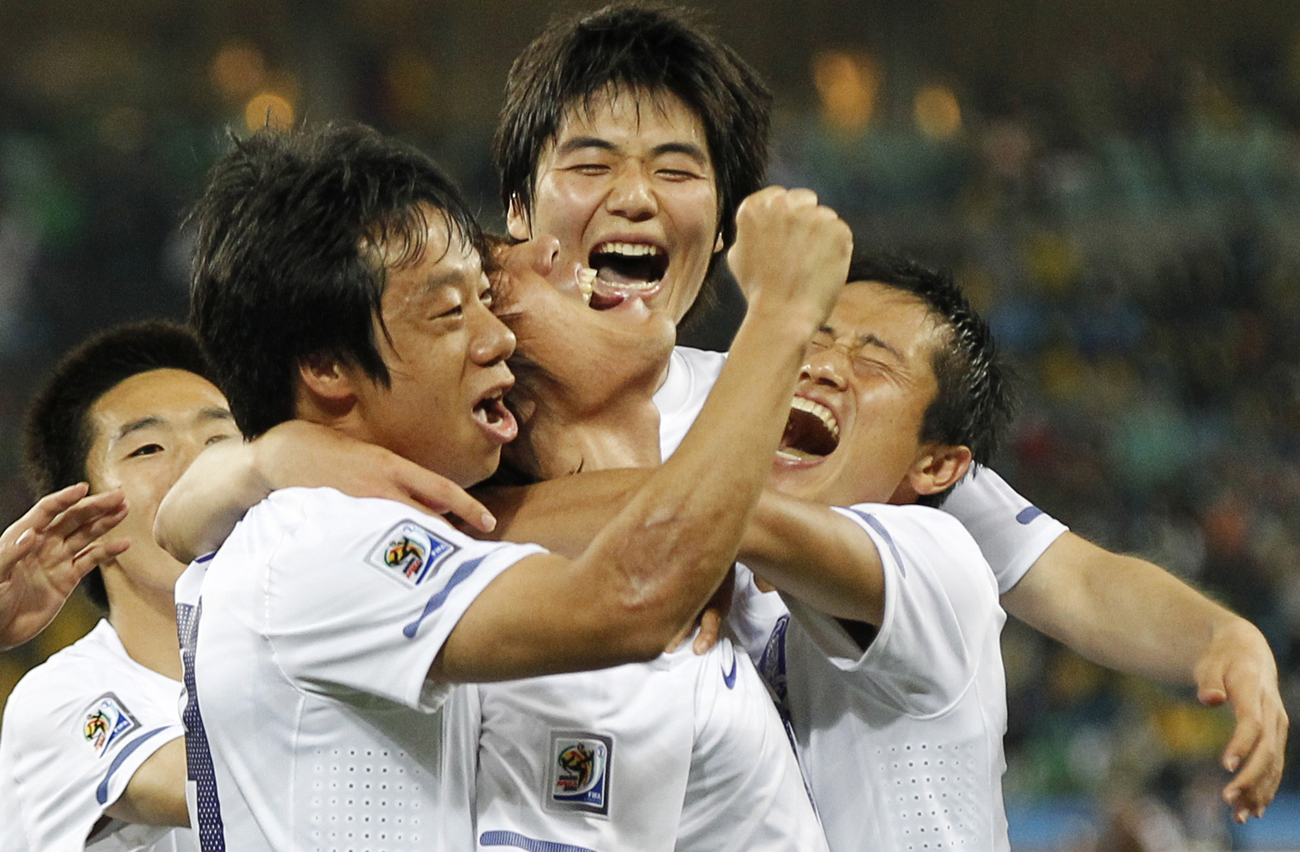 Durban's Tuesday night duel drew many a gasp of disbelief as Nigeria allowed the hard-working Asians a draw in a match of missed chances and ill-disciplined defensive play. It ended Nigeria 2, South Korea 2.

For all the talk of this being an African World Cup, the results aren’t going Africa’s way. So far, South Africa and almost certainly Ivory Coast have not made it into the last 16. Nigeria joins them in an early trip home, after failing to capitalise on what should have been a victory for them.

If you want a metaphor for Tuesday’s game, a sort of moment to encapsulate the mind, mood and movement of the game, then look no further than the 66th minute missed goal by Yakubu Aiyegbeni. A low cross came skittering across the surface, Jung Sung Ryong, the South Korean keeper dived for it and completely missed it. Yakubu was faced with an empty goal, the ball at his feet and the hopes of millions of Africans resting, quite literally, at his feet. With great skill, Yakubu thumped the ball just wide of the empty goal, a move breathtakingly difficult to pull off in the face of the goalmouth gaping in front of him. It was a moment that will live in Nigeria’s and Africa’s memories for a very long time. It was the worst miss of this World Cup, perhaps of any World Cup ever.

The eventual result was a 2 – 2 draw, but Nigeria could have made it 4 – 2, maybe even more. Nigeria huffed and puffed through this match, creating scores of chances yet lacked the composure to finish most of them. Some of the chances, like Yakubu’s calamitous miss, were beautifully crafted. Alas, the Super Eagles side were  too pumped up and not clearheaded enough to put this one in the bag.

Psychology plays an enormous role in a football match. A team’s collective mindset can often be the deciding factor. On Tuesday night, one got the sense that Nigeria were just a little too aware of what was at stake, and struggled to deal with the pressure. How else can you explain Yakubu’s miss?

As long as we’re pointing fingers, how much of the blame can be placed at Lars Lagerback’s feet? Perhaps it isn’t the Nigerian national coach’s fault that he only had five months to prepare his team for the World Cup (had he had more time, there’s no doubt that he could have done something about the Nigerians’ composure), but we do blame him for bringing Nwanku Kanu on. I thought my eyes were playing tricks on me. Why, dear Lars, why? Why was this fossil marched out when Nigeria had players like Obafemi Martins on the bench? It didn’t make any sense, and neither did Kanu’s playing. By the time Martins was brought on in the 57th  minute, it was already too late.

But ultimately the team have no one to blame but themselves. They were, in general, an ill-disciplined side. They could have walked over the Greeks, were it not for Sani Kaita’s moment of insanity and the subsequent red card. South Korea’s second goal, which came from an excellently struck free kick by Park Chu Young, came about due to foul play. So did the first. Just like the Ivory Coast players, who played some truly horrific football against Brazil on Sunday, Nigeria once again played into the stereotype that describes the African footballer as immature and incendiary.

South Korea, on the other hand, had everything Nigeria lacked: clean play, a good defence and a devastating final touch. Most importantly, they had Park Ji Sung. The Manchester United midfielder played like a man possessed. The fixture may have been billed as South Korea vs Nigeria, but large sections of the second half felt like Park Ji Sung vs Vincent Enyeama.

As much as the continent would have loved to see Nigeria qualify for the last 16, South Korea deserve to go through. For their trouble, they face Group A winners Uruguay in Port Elizabeth on the 26 June.

South Korea seem out of it, somehow. Not to detract from Nigeria, who are doing a great job, but this isn’t the same South Korea that routed the Greeks. Photo: Nigeria’s Yakubu Aiyegbeni (2nd R) runs with the ball after scoring from a penalty kick during the 2010 World Cup Group B soccer match against South Korea at Moses Mabhida stadium in Durban June 22, 2010. REUTERS/Lee Jae-Won

Park Ji Sung is almost single-handedly trying to score here. So far, he’s had no luck.

Nigeria are creating, but not finishing. They will only have themselves to blame for this, really.

End of the match, and Nigeria have crashed out.