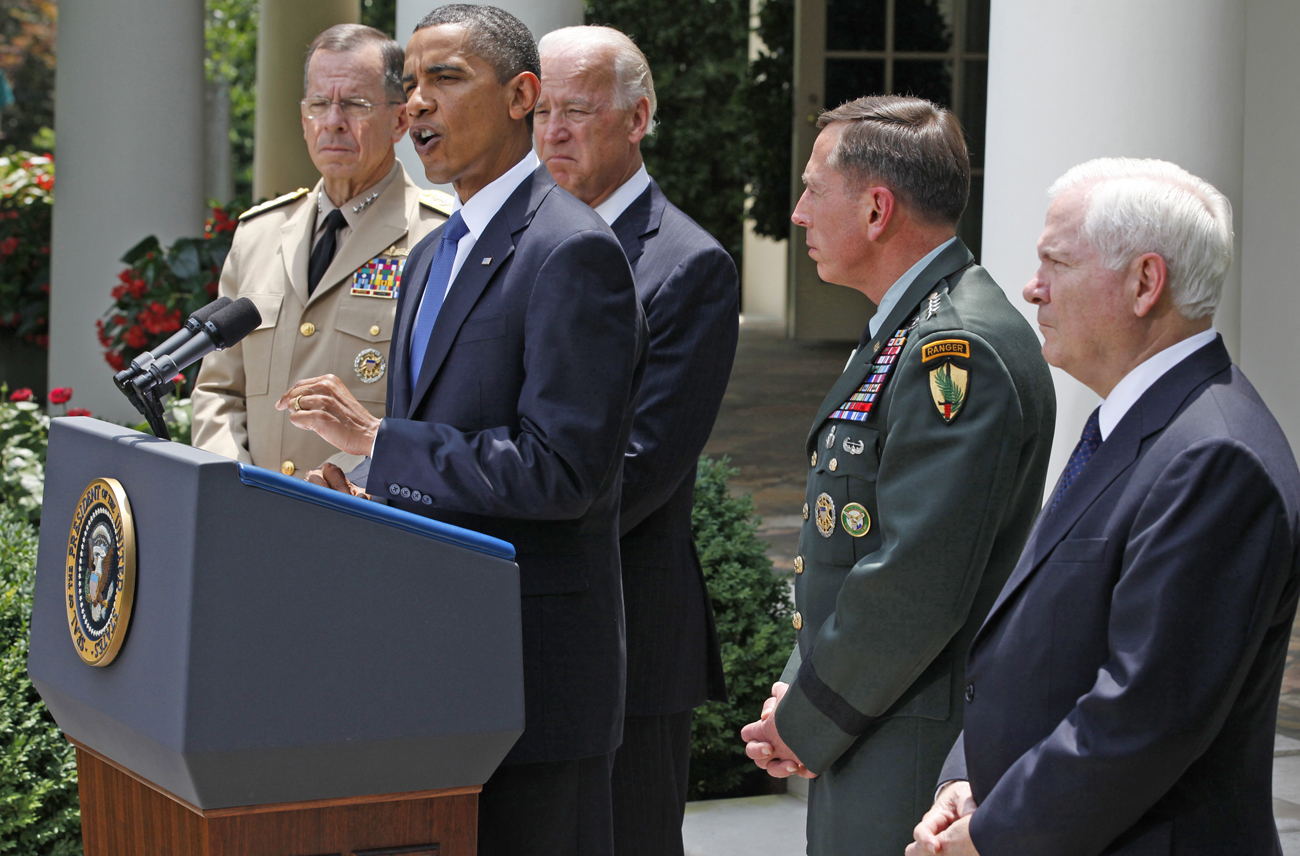 US President Barack Obama moved to reassert unity in his national security team by removing the cause of division – head of US and Nato forces in Afghanistan General Stanley McChrystal.

McChrystal had made this move all but inevitable by his intemperate comments in a new Rolling Stone article.

Technically, McChrystal was not fired, but given the luxury of being allowed to resign. However, you can also bet he would have been fired in a “New York minute” if he hadn’t handed in his letter of resignation when he met the president on Wednesday morning.

Obama immediately named General David Petraeus as McChrystal’s replacement. Petraeus currently heads the US Central Command (which includes the Middle East and South Asia) and was McChrystal’s superior before the reshuffle. Petraeus’ new command needs Senate confirmation, but, given its importance, leaders have already promised a speedy confirmation, beginning as early as next week.

When Obama spoke to reporters and on live television about the command change just after noon, he reaffirmed the goals of the American war effort in Afghanistan – that were largely a product of McChrystal’s own thinking. Obama stressed the US military’s code of conduct applies to all in uniform and that the act of undermining respect for the president and civilian authorities by military officers would not be tolerated.

White House sources told the media, Obama’s decision was also meant to underscore the need for unity within the national security and military leadership on the current policies in Afghanistan. Minutes after Obama spoke, CNN political correspondent John King commented on air that, had Obama not gone down this route, he would have been seen throughout the US military – and beyond – as “a wimp”. Over the past several months, Obama has been drawing growing criticism as unwilling to make tough decisions, pointing to his apparent reluctance to take charge of damage control in the Gulf of Mexico oil disaster.

This command change has come as there is increasing concern that the troop surge, a key element of the McChrystal Afghanistan plan, and the rest of the plan have been slow to produce real change in Afghanistan’s circumstances. As a result, the balance between the US and Nato and the insurgents remains in stalemate. There is also some concern within the US military that the new plan makes field troops reluctant to call in the air support or artillery fire to tip the balance in fire fights.

The larger question, of course, is whether the McChrystal plan itself is the right way forward – rather than the direction that had been advocated by vice president Joe Biden to focus the US effort on dealing with insurgents falling back on Pakistan. Despite Obama’s statement that unity of command was a key element in the command change, look for a new, low-key debate within the administration over strategic objectives in Afghanistan in the coming months, if circumstances there do not improve.

The immediate cause of McChrystal’s removal from command was an extraordinary article in Rolling Stone in which he and many of his senior staff spoke with open contempt about the Obama administration’s top civilian leadership.

Photo: U.S. President Barack Obama delivers a statement in the Rose Garden of the White House in Washington, June 23, 2010, where he announced that General Stanley McChrystal has been relieved of duty as top war commander in Afghanistan and replaced with General David Petraeus (2nd R). Also with Obama are (L-R) Chairman of the Joint Chiefs of Staff Mike Mullen, U.S. Vice President Joe Biden, and Secretary of Defense Robert Gates. REUTERS/Jason Reed