Shock and outrage as Zuma suggests foreigners can outpl... 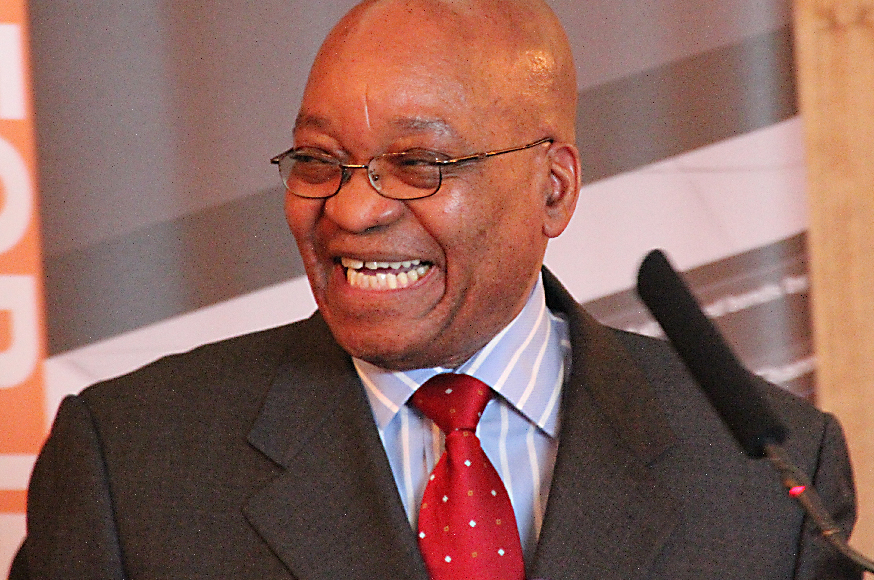 In what should be the trigger for his immediate redeployment by the ANC, if not impeachment, President Jacob Zuma on Tuesday said that at least some foreigners have the ability to play the vuvuzela better than South Africans. Among his other delusions: that foreigners won’t worry about possible World Cup strikes simply because it is strike season.

Just so we can’t be accused of quoting him out of context, here is the entire passage as President Jacob Zuma read it from his speech at a Reuters Newsmaker event in Sandton on Tuesday morning:

“Excitement round the tournament remains as electric now as it was two weeks ago. There is definitely no lull in the country; this is a never-ending celebration of world-class football. We’ve noticed that some international football fans have taken to the vuvuzela horn in a big way, and some even outperform South Africans. This tournament is truly as vibrant as the African continent can ever be.”

Sadly, Zuma rushed off to a meeting in Pretoria before we could question him about his data and methodology, and whether he may just be projecting a personal failure on the vuvuzela front onto the country as a whole.

Though that was the most flagrant example, there were other suggestions in Zuma’s speech that he may be suffering from at least mild delusion. Bafana Bafana could win its match against France in Bloemfontein, he said, and all South Africans were expecting them to do so.

Slightly more serious, perhaps, was his approach to questions about strikes, especially during the World Cup. Asked (by Reuters, for a primarily foreign audience) about the continuing threat of strikes during the tournament by the likes of Eskom workers, Zuma went for context rather than reassurance. It’s simply strike season, he said, these things happen all the time.

No, we don’t think that’s what potential new foreign investors wanted to hear.

What Cosatu chief Zwelinzima Vavi wouldn’t have wanted to hear (not that he was in the room) was Zuma’s answer to a challenge about vibrant public debate. Without mentioning Vavi, Cosatu, or the lingering issue of subjecting him to ANC discipline, Zuma said free debate is great – up to a point.

“What has become the issue I think in the recent past is if people read allegations in the newspapers and make them facts… We can’t be a society in which by allegations you can condemn people.”

Zuma did, however, have plenty of opportunity to brag with World Cup statistics on bums-in-seats, total visitor numbers, television audiences and the like. He also got to reiterate a commitment to education, ensuring that there was a positive World Cup legacy, and the usual other touchstones.

But we can’t get over that vuvuzela thing.