The World Cup Day that was: 21 June

The World Cup Day that was: 21 June 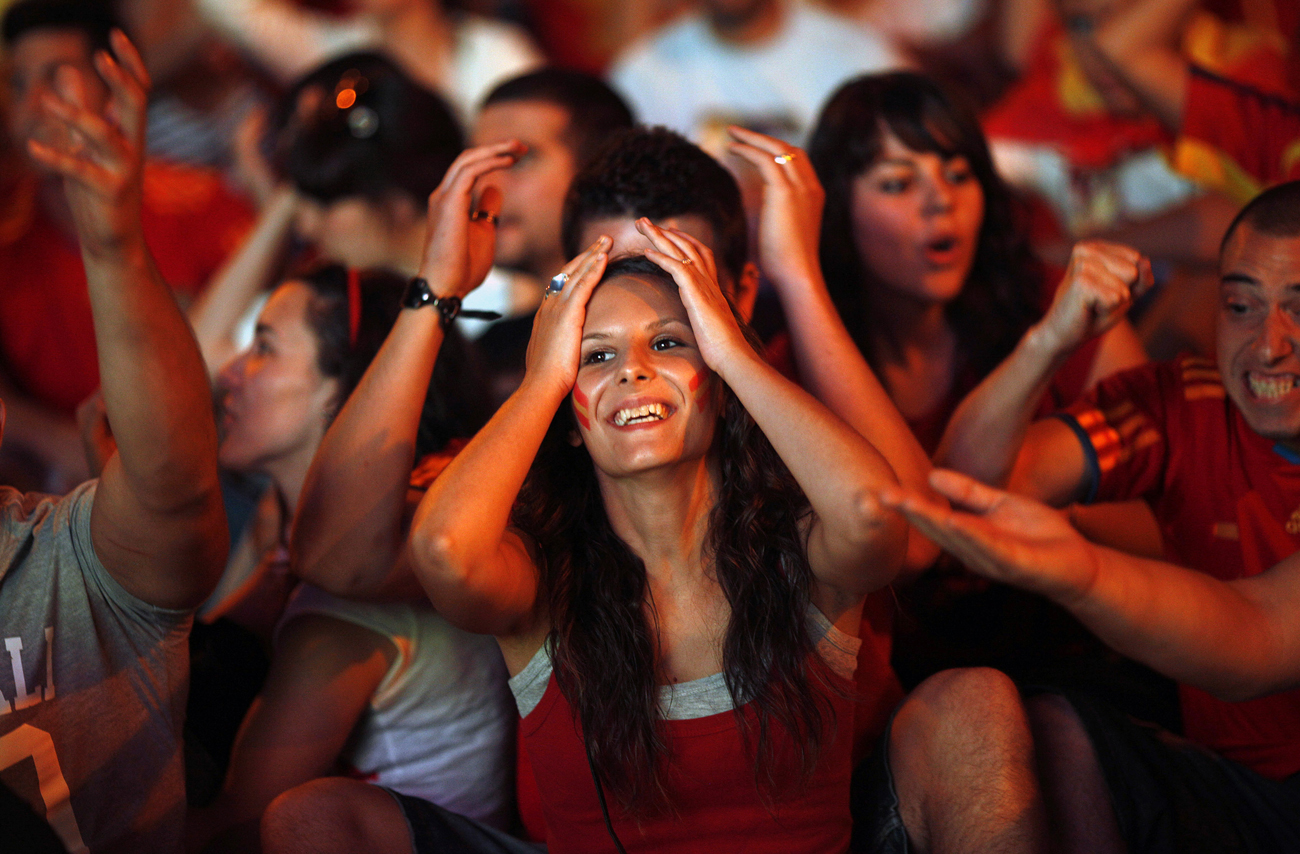 Just in case the French team haven’t yet got the message that the whole nation is shocked and disappointed at their behaviour, their advertisers are pulling out. Bank Credit Agricole dropped adverts featuring the players after “looking at the situation” and hamburger chain Quick Restaurants has withdrawn ads starring Anelka. “After Saturday’s events, we spoke to Anelka’s agents and we all agreed it was best for both sides that we withdraw the campaign,” said a Quick spokeswoman. Whether these advertisers should’ve been allying their brands with a team that cheated its way to the World Cup finals in the first place is another matter, but it’s not very nice to kick a team when they’re down. Seems lack of sportsmanship is a French characteristic.

The deity doesn’t concern himself directly with football that often and, according to Diego Maradona, the one and only time he offered a helping hand was in Maradona’s own infamous “Hand of God” incident. Brazilian player Fabiano’s goal on Sunday night against the Ivory Coast is simply incomparable, with human error to blame. “Fabiano’s goal was not with the Hand of God as the Brazilian claimed,” Maradona said. “No, this one was with his arm.” Maradona might like to imagine he’s God’s favourite, but he would do well to remind himself of this verse in the Matthew’s gospel: “And why beholdest thou the mote that is in thy brother’s eye, but considerest not the beam that is in thine own eye.” Why indeed?

Portugal vs North Korea was the first soccer game ever broadcast live on North Korean television. Kim Jong Il won’t be making that mistake again in a hurry, as his team were thrashed 7-0 by the Portuguese. After an opening draw against the Ivory Coast, Portugal finally found their feet, with goals by Raul Meireles, Simao, Tiago, Hugo Almeida, Liedson and Cristiano Ronaldo. And then Tiago scored again, just to rub it in. The North Koreans disappointed after their plucky display against Brazil, but the lowest-ranked team in the World Cup has still done their country proud. We hope the Dear Leader agrees. And that Portugal has offered the Korean soccer players asylum, should they choose to defect.

Switzerland beat Italy’s record of 550 minutes in the World Cup without conceding a goal during their match against Chile, but they couldn’t hold out forever, with Paredes scoring in the 75th minute. It’s only Chile’s second goal of the tournament, but they’ve won two out of two matches, and are looking good. The game was yet another one marred by a refereeing error, as Khalil Al Ghamdi sent off Swiss striker Behrami after half-an-hour’s play in a questionable decision. Never mind the players, it’s the referees who need to take their game up a level if they’re going to impress in the second round.

Spain were back on form on Monday night, beating Honduras 2-0 in a game that could’ve had a much higher margin of victory, but for some missed chances. Although Fernando Torres seemed out of sorts, David Villa scored two excellent goals to secure the win for his team. Group H is now looking interesting and, depending on the last set of matches, there is the possibility that three teams (Spain, Chile and Switzerland) will end on six points each, with the top two being decided on goal difference. Nice to see a group with none of its matches ending in a draw so far.

After the first two sets of matches in the group stage, only Argentina, the Netherlands and Brazil are certain of a place in the second round, while Nigeria, Cameroon and North Korea are definitely going home. That leaves 26 teams still playing to keep their tournament dreams alive, although some have a much better chance of advancing than others. Those who don’t make it can go to French player Nicolas Anelka for counselling – he’s already had to deal with the fallout of leaving South Africa earlier than expected.

@Seppthedog may presently have a mere 96 followers on Twitter (although that number’s sure to grow over the next few days), but he’s fast making friends and influencing people in the real world. Sepp’s anonymous owner responded to Kulula.com’s cheeky offer to fly Sepp Blatter anywhere in the country at no cost during “that thing that is happening right now”. The advert had not specified which Sepp Blatter it was referring to, and so Sepp the dog has claimed his flights. He’s already been to Joburg, and will fly to Durban some time during the next few weeks. It’s lucky for his canine namesake that the one thing Sepp the man can’t copyright is his name.