The technology that’s seriously upsetting the aid sector, and the man behind it 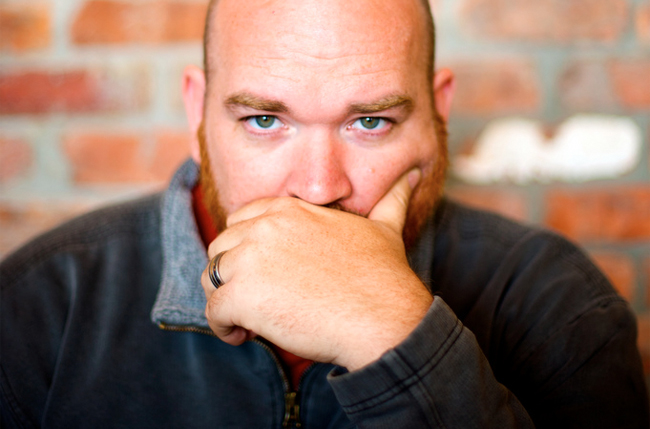 The humanitarian aid industry is big business, in fact gigantic business. To protect the billions receiving aid annually, charitable organisations fiercely control the data on the basis that “he who owns the information owns the money”. That’s now set to change with disruptive technology that’s making information more freely available and rewriting the rules for the way global crises are handled. Meet Erik Hersman and his brainchild, Ushahidi.com.

When an earthquake ripped through Haiti on 12 January 2010, it wasn’t long before aid was on its way. When the immediate crisis was over, the world learnt that some 230,000 lives had been lost and more than a million people left homeless. They also found out how badly humanitarian aid to Haiti had been botched.

In a leaked email the head of the UN Office for the Coordination of Humanitarian Affairs, John Holmes chastised his charges managing relief efforts in Haiti saying they were eroding confidence in the UN. The global aid organisation’s failure in Haiti was underscored in a damning report by Refugees International that showed just how ineffectual the UN’s on-the-ground team had been.

“By all accounts, the leadership of the humanitarian country team is ineffectual. Following the earthquake, it took three weeks for the Humanitarian Coordinator to call a meeting with aid organisations… The humanitarian response in Haiti suffers from a lack of UN-led profiling and individual registration exercises. These are essential tasks in a humanitarian emergency to understand the full range of needs of the affected population and identify protection needs and gaps. Identifying the needs of displaced communities has implications not only for the immediate delivery of assistance, but also to better address protection concerns and longer-term solutions.”

As the UN flailed, and aid organisations battled each other – while survivors desperately waited for food, water, medical care and shelter – a free open-source technology project built in Kenya was coming into its own.

Called Ushahidi, it’s a Google technology mash-up akin to Wikipedia, merged with purposeful micro-blogging on a timeline and mixed with geographic location-based tracking. And because it’s open-source, it’s plug and play for free.

The mapping and content management system could easily and freely be used by the UN, or the Red Cross/Red Crescent for crisis situations. It has already been used to monitor elections in Lebanon, Afghanistan, Mexico and India. It’s been used to track unrest in the Democratic Republic of the Congo, by Al Jazeera to collect eyewitness reports during the Gaza war, and for crisis management after the earthquake that hit Chile.

Ushahidi, a Swahili term meaning “testimony”, was born of Kenya’s post-election violence. “The idea was to quickly develop a platform that could be used by Kenyans to report incidences of violence, because there was a media blackout and the media weren’t able to report on what was going on,” Ushahidi co-founder Erik Hersman told The Daily Maverick from Kenya. “Within a week Ushahidi was live and shortly afterward it became an organisation that created a free open-source mapping and content management system that could be used by organisations around the globe for similar emergencies.”

Funding from the likes of the Cisco Foundation, the Knight Foundation, Humanity United and the Open Society Institute means Ushahidi is independent of government – a factor insisted upon by most funders, especially in Africa where corruption is endemic – and can be freely deployed by whoever needs the technology, wherever it’s needed. “What was interesting for us was the reaction from the humanitarian industry that was used to a top down level of control regarding information,” said Hersman. “Information generally comes from the government, a big UN agency or international NGO or maybe even a company like BP in the case of the Gulf of Mexico oil spill.” What Ushahidi has delivered is ground-breaking – “crowd-sourcing” means ordinary people, media and civilian organisations can report on a crisis as it unfolds saying what aid is needed, where and by whom.

“When we developed Ushahidi, it wasn’t new technology, so we were surprised this hadn’t been created by an aid or humanitarian organisation before. In Haiti we certainly became the centre of a storm because we partnered with local mobile operators who provided free phone codes so that people could readily send in information that we translated, mapped and sent back down to relief organisations within a couple of minutes. It became a real-time emergency relief system with free and open information about what was happening, where it was happening and when,” said Hersman.

This is in direct contrast with how the humanitarian industrial complex normally works. “In the humanitarian sector, aid organisations hold on to information very tightly because it is a commodity that enables funding. Organisations don’t share information, nor do they want to work with each other. It is all about money, and we marched right into this to find out that aid organisations wouldn’t even verify if an attack was happening at a location, or if someone had died. Here we were dealing with life-or-death situations and these organisations wouldn’t even verify events, never mind share information with us,” said Hersman.

But technology is a great leveller. Technology has “disintermediated” other industries, and the humanitarian industry won’t prove the exception. “The future is not going to be about centralised information and data control,” said Hersman. “The future is going to be about open access both to sending and receiving information. Ushahidi is removing the barriers to entry into the aid world, and has created a platform that can be deployed by anyone anywhere in the world, whether they have funds or not.”

Ushahidi ensured data about the catastrophe in Haiti was free, open and easily accessible to whoever needed it. “For the first time all the relief organisations had to come to Ushahidi to get their data. We had open feeds and downloads and all the information was free. There was no privileged access, which was pretty ground breaking.”

“Technology is all about overcoming inefficiencies and there is still a legacy of inefficiency in the aid and crisis management sector that hasn’t been touched by technology,” said Hersman. However, the tentacles of humanitarian aid reach deep and bureaucracy in the sector is well entrenched. It is unlikely that Ushahidi will shake things up overnight.

But in a climate where governments are demanding greater transparency and accountability from aid organisations and threatening to cut funding, free “crowd-sourcing” technology can provide important checks and balances. The democratisation of information creates the ability to see where aid is flowing, where it should be going and just how affectively aid organisations are responding to a crisis. It also shows in real time where people need help. Most importantly Ushahidi is doing what bureaucratic aid organisations should be doing. Saving lives.

View Ushahidi’s crowdsourcing project for Haiti. Read more about Ushahidi being used to monitor the BP oil spill in the CNN report “Reporting on the Gulf oil spill from your cell phone”

Erik Hersman will be in South Africa in August to speak at the Tech4Africa conference.