After a great battle, Chile defeat Switzerland, sort of...

After a great battle, Chile defeat Switzerland, sort of. Yes, you guessed it, referee issues again 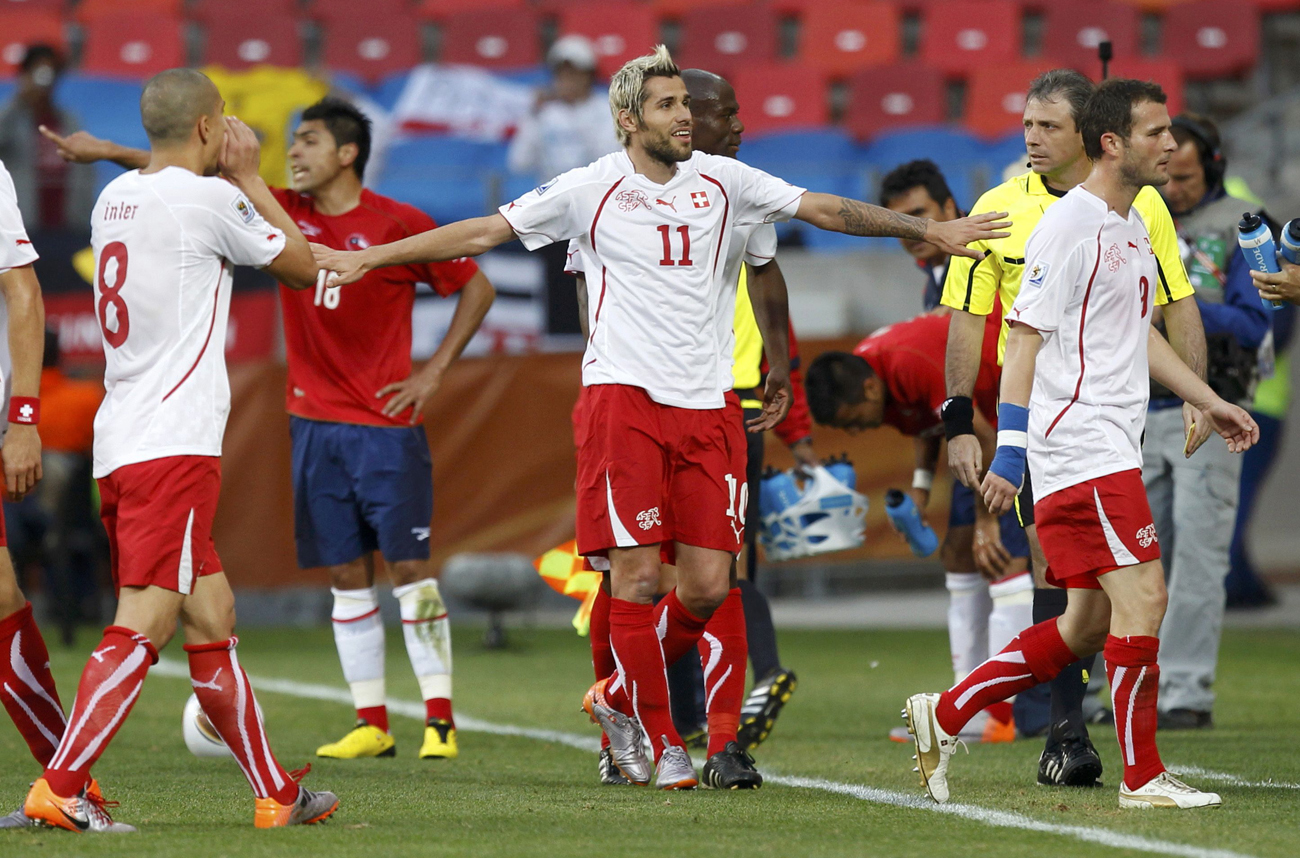 It was a fight for every inch of the Nelson Mandela Bay Stadium: a fight between Chile, who would not cease their attacks, and Switzerland, who barely understand the meaning of the word ‘surrender’. It’s a shame this was another epic fight that had a referee decide it. It ended Chile 1, Switzerland 0.

And yet, their victory came only after a decent dose of help from the Saudi Arabian referee, Khalil Al Ghamdi, whose mistakes left Swiss coach Hitzfeld incandescent with rage and played a major role in the European team being defeated. Al Ghamdi’s ridiculously harsh interpretation of the rules saw him dish out nine yellow cards and a straight red card for Swiss attacker Behrami. Chile’s Suazo is also the holder of probably the fastest yellow card ever, earning it after only 72 seconds.

As a result, Al Ghamdi dominated the game instead of refereeing it. Perhaps the officials at Fifa should finally start thinking of how much their stranglehold on refereeing is hurting the game, when common sense would serve it better. Soccer and all of us are worse off owing to the robotic dictates by Fifa’s powers that be and something needs to be done about this, soon. In contrast to Al Ghamdi’s sense of self-importance, his cavalier attitude towards the different-coloured pieces of cardboard in his pocket, the fact that the game’s decisive goal came after a clear offside remained almost unnoticed. Sad.

Which is a shame, because the Chilean team this year are first class. Their team is excellently balanced and consists of players who are as technically brilliant as they are tenacious and motivated. Their defence is so strong and composed that the Swiss mustered only one real chance, which Derdiyok proceeded to miss.

Let’s also spare a minute to reflect on Switzerland. They are great fighters and will probably be able to eke out their ticket to the next round by defeating Honduras in their next match of Group H. Their coach Hitzfeld is a wily old fox and they are still full of energy.

Despite their win today, Chile are still not sure of their passage through. They could still be stopped by Spain, whose life will depend on winning against them. That would bring the final standing of Group D to three teams having six points each, which could be great fun.

Chile is going to be a much tougher opponent for Switzerland to surprise than Spain. The Chileans are well-prepared, tactically strong and have no shadow of inevitable victory hanging over them.

For the Swiss to win this one, they will have to lure the Chileans deep into their territory and then attempt speedy counter-attacks. It might not work against an opponent as organised as Chile.

Both teams are playing well and the game is rather interesting. Let’s hope it continues the same way. Behrami’s sending off has given a massive advantage to Chile. It is now even more likely that the Swiss will now try to button down their hatches completely. Remember, Switzerland will be happy with the draw, as they hope Honduras will be a less of challenge in the last round. From their side, Chile need a victory, and will not rest until they break the Swiss defence.

Let the siege of Switzerland at PE begin.

The Swiss are not having best of times, but they appear to be a tough outfit and may just defend well enough in this game.

The first half ends.

The referee seems to losing the control of the game.

Chile really needs to win this game. Way too many of its players will not be able to play against Spain.