With some help from Hand of God, Hurricane Brazil hits...

With some help from Hand of God, Hurricane Brazil hits the Ivory Coast 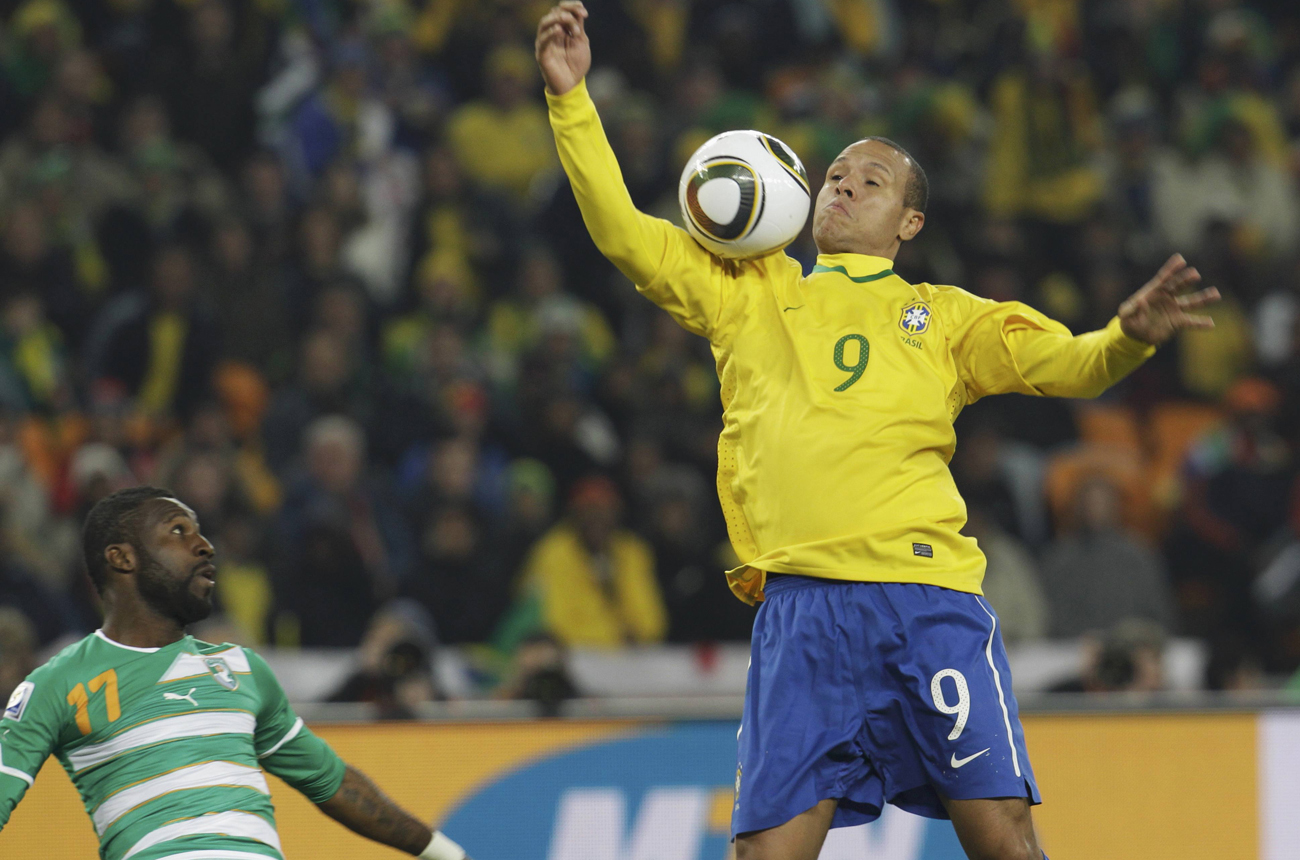 It was the match that was eagerly expected by the connoisseurs around the world. And for most of it Brazil, and to a much lesser extent Ivory Coast, obliged with a display of quality soccer. But they also gave us glimpses into the darkness. It ended Brazil 3, Ivory Coast 1.

Johannesburg’s Soccer City was ready for the festival of soccer. The best the world has to offer, Brazil against the best Africa has to offer, Ivory Coast. A team that sports names like Drogba, Kolo Ture, Kalou, Eboue, Gervinho could take any other team, but Brazil is in the league of its own.

Brazil’s team is a thoroughly impressive outfit that has only one mode: Attack. They do not think so much about tactics, and this reporter suspects their strategy meetings are short. Because when you’re on top of the game, things actually become rather simple. All you need do is get your guys on the field and motivate them to fight. The rest is sorted out by their sheer overwhelming talent and willingness to attack for 90 minutes. Kaka, Louis Fabiano, Robinho, Bastos, Maicon and the brilliant Inter goalkeeper, Cesar, lead a team that is so rich in talent it will be almost impossible for anyone to stop them.

From their side, Ivory Coast can find comfort in the first-ever goal scored by any African nation against Brazil. Still, it remains a fact that for most of the game they were outplayed in just about every department. And emphatically so. Drogba’s goal and few other missed chances map the way through Brazilian defence that may be used by Portugal and other teams when plotting their battles.

And yet, there’s still a bitter taste in the collective mouth of many soccer lovers. For all Louis Fabiano’s brilliance – and his first goal rivals Tshabalala’s rocket for the best goal of the World Cup so far – it remains an undisputed fact that, while scoring his second goal, he handled the ball not once, but twice. Had Diego Maradona not been Argentinean and genuinely hated Brazilians, he would have been openly proud. The ugly scenes right before the end of the match, that saw Kaka get a red card, also sullied what was a game of magic and fight. Apart from the warring players, the fault can fairly and squarely be laid at the feet of Brazilian coach, Dunga, who failed to see clear signs of Kaka’s frustrations and to foresee that his yellow card could easily turn red. Instead, he opted to have frequent outbursts of anger that did nothing to calm his players’ nerves. Astonishing. With Sunday’s win, Brazil have qualified for the next round. It is now between Portugal, North Korea and Ivory Coast to fight for the remaining seat. And don’t think anybody can predict anything with certainty.

The only change Sven Goran Eriksson made to the side that drew with Portugal is bringing Didier Drogba on to start. Gervinho makes way for his captain.

The Brazilians are finding the Africans as hard in defence as they expected. Lots of free kicks to the Samba Boys.

End of first half.

Luis Fabiano committed two potential hand balls as he set himself up for that goal. Hmmm.

Sven Goran Eriksson is out of ideas.

All credit to Gervinho for that goal.