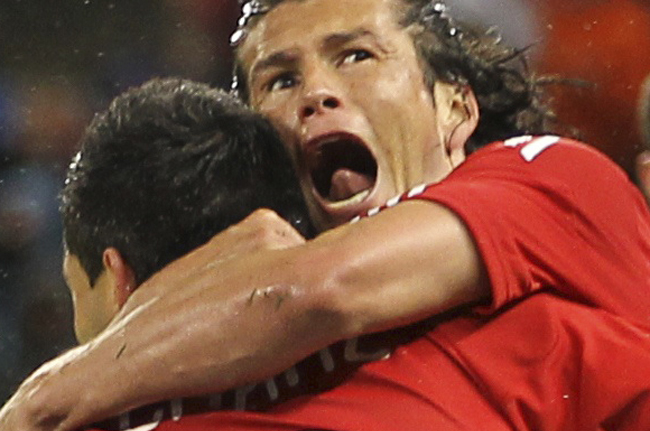 It was supposed to be a battle of two pretty equal sides. But on their way to South Africa, Paraguay comfortably defeated Brazil and Argentina; Slovakia was not going to worry them either. The Bloemfontein Group F game ended Paraguay 2, Slovakia 0.

Paraguay can be perfectly proud of their professorial performance on this Sunday’s sunny Bloem afternoon. Not only did they win clearly, they did so in a fashion that was so emphatic that their future opponents had better take note. Their manager, Gerardo Martino, decided it was time for Paraguay’s best player, Roque Santa Kruz to start the match, a decision that should pay back for the next matches; Kruz’s good form is crucial to Paraguay’s plans.

Slovakia are not a team that could be dismissed as second-rate. On their way to South Africa, they defeated the Czech Republic, Slovenia, Poland and Northern Ireland. But what they couldn’t expect was the severity of the footballing lesson handed to them by the South Americans. The Slovaks simply couldn’t connect with the ball, no matter what they tried. They were so comprehensively kept out of the match that their first successful shot at the goal arrived in the 92nd minute, when the game had already been taken away from them and the Paraguayans were already thinking about their showers.

Paraguay are now looking forward to their match against New Zealand, but it’s very much a given they will grace the World Cup’s second round.

The first 18 minutes passes in a relatively calm space, but it is pretty obvious Paraguay are the stronger team and much better at controlling the ball.

Paraguay, quite simply, appear to be a much better team. Remember, they defeated Brazil and Argentina on their way to qualifying.

Slovakia are having genuine problems getting back into the game. They are outsmarted by Paraguay,  who are still attacking.

End of the first half. Slovakia have a big problem on their hands.

Slovakia appear to be sending Sestak deeper into Paraguay’s territory. They appear more poised, but Paraguay still look much stronger.

Paraguay’s now well and truly on their way to the next round. They surely deserve it. Slovakia are now just counting down the seconds before the end.