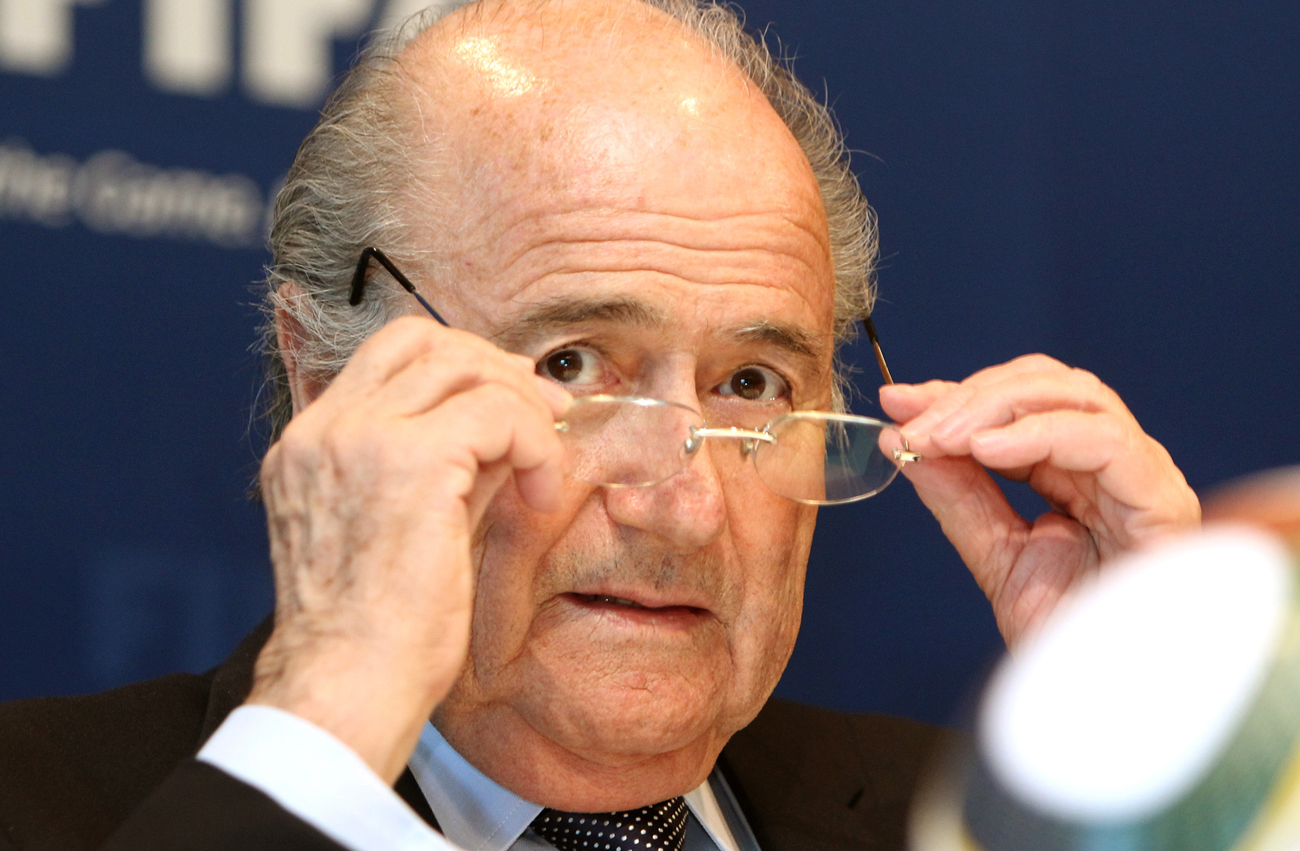 The first mistake Sepp Blatter, his spin doctors and marketing team made was going on Twitter. The rest are equally damning. Local social media mavens tell “Team Blatter” how to stop making twits of themselves.

Once Sepp and his gang entered the Twitterverse the second mistake was inevitable – completely underestimating the medium and its audience. The third was inviting questions and promising to answer them. The fourth was answering none. And things rapidly went downhill from there.

The 10th of June must have been a glorious day for Joseph Sepp Blatter. He was in Africa, the continent to which he had brought the 2010 Soccer World Cup and was about to save with the beautiful game. Apart from a few evil journalists and that revolting Andrew Jennings who had written Foul! (what a pack of lies), surely he was now loved by Africa and much of the world.

In a moment of misguided magnanimity on his part, or an ill thought-through plan on the part of his spin doctor advisors, Blatter decided to get with social networking media and start tweeting. Blatter’s first official tweet from his verified Twitter account @SeppBlatter was bright and breezy: “Welcome to my Twitter page! Follow me during the 2010 Fifa World Cup – I can’t wait for the opening game tomorrow.” Forty-two minutes later he (or one of his minions) would write, “Please message me with your comments and questions about football and Fifa’s work, I’ll try to answer as many as I can.”

And message they did. As news of his Twitter debut broke and followers flocked to his account in droves. At time of writing @SeppBlatter had more than 22,000 followers. But few were friendly followers. If Blatter did some vanity surfing or perused his messages he’d be in for a hell of a surprise. This is just a taste of the messages directed at @SeppBlatter:oliver_todd: @SeppBlatter I hope for the next World Cup the fan tradition is throwing bricks at you, you cunt.

eoghaner: @SeppBlatter Why are there so many empty seats? can you guarantee that Fifa officials have not sold their tickets to touts like in WC2002?

MaryGlazerOut: Just discovered there are over 17,000 idiots on Twitter all of which are following that rotten cunt @SeppBlatter *shakes head*

mr_onions: @SeppBlatter What steps are #FIFA taking to rid the corruption that has historically been linked to the governing body? #wc2010

Uncomfortable questions and potty-mouthed vitriol flowed thick and fast. Fast enough for whoever was manning the account to take a step back to catch their breath. It took five-and-a- half hours for the next tweet from @SeppBlatter to air.

Needless to say @SeppBlatter hasn’t been forthcoming on any questions related to bribery, fraud, corruption or scandal, though he did put his foot in his mouth long enough to speak out on the #vuvuzela issue: “To answer all your messages re the Vuvuzelas. I have always said that Africa has a different rhythm, a different sound..” Blatter’s followers didn’t appreciate his poetic response, and the contemptuous tweets attacking @SeppBlatter merely multiplied.

“He shouldn’t have underestimated the medium and shouldn’t have gone out there and exposed himself,” said Internet and mobile media educator and entrepreneur, Dave Duarte. “If he or his advisors were smart they would have shown us a different Blatter to the one we see in the press making grandiose statements. If he came across as being a lot more personal, honest and authentic he would have been a lot more likeable.”

Duarte advised “Team Blatter” to ring-fence difficult issues, to be honest about what they are prepared to talk about and what not, and to take a few lessons from “Team Obama”. “Barack Obama offered special insights in real time during his election campaign so people following @BarackObama got scoops such as finding out that Joe Biden was Obama’s VP nominee ahead of the media. Insider tips and information are what Twitter users love and feed on. Using this could and being a bit more authentic could have influenced Blatter’s likeability.”

Another Duarte insight is about understanding the audience. “The Twitter audience is hugely influential and there are a lot of journalists who tweet. A big mistake Blatter is making is being absent from key issues. There is an African proverb that’s very true for Twitter that goes ‘He who is absent is always wrong.’ By not monitoring what is being said, by not responding to issues and doing nothing to put out flames Blatter and Fifa have really dropped the ball on this one. If Blatter continues to do nothing to address serious questions about corruption, fraud and other key issues it will just provide further evidence for people who were skeptical about Fifa’s transparency and ethics to begin with. It will just be yet another black mark against Fifa.”

Mike Stopforth, cofounder of social media company, Cerebra, says if he had anything to do with it Blatter wouldn’t be on Twitter without serious resource and support. “Blatter has an Oprah-level personality and soccer is a hugely emotive sport. A massive response with some difficult issues, questions and tweets is to be expected. To handle a Twitter account like that you’d need at least 25 people behind it or else it’s doomed to failure. From my vantage point it looks like they’ve just got one person trying to manage things, and haven’t scaled their responses. Unless you monitor an account like that carefully and scale your responses it is not worth going on Twitter in the first place. Without doubt the move has done a lot more harm than good.”

Perhaps someone should tell Blatter and his team that people don’t just gather on Twitter to hold hands, sing “Khumbaya” and say nice things about despots. It’s a medium where people are open, frank, express anger and vent. Real time. All the time.

The level of rage expressed at @SeppBlatter is a keen indicator of how Fifa is viewed by a football-loving public. By doing nothing, Blatter and Fifa are just fanning the flames and continuing to look like twits.

Send your questions and address your comments to @SeppBlatter on Twitter.