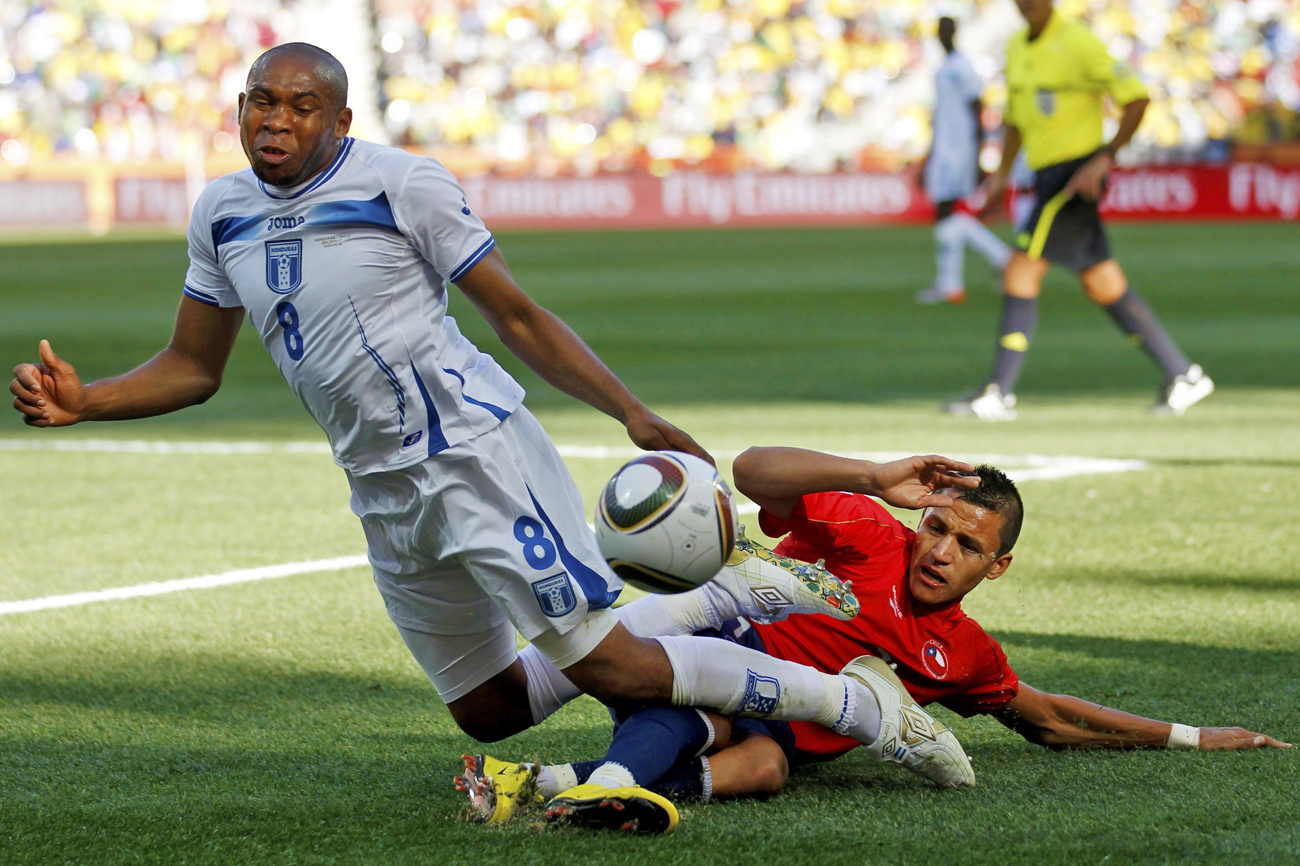 Nelspruit’s Mbombela stadium was basking in the wintery Lowveld sunshine as  Honduras conceded to Chile. The final result, 1:0, does not reflect much reality, though: This game was always gonna have only one winner.

It felt more like a tough friendly match than the opening duel of Group H of the world’s most fought-for championship. It was as though Honduran players accepted an unwritten rule that Chile is a class above, and they shouldn’t dare attempting anything more than being the loyal opposition.

Chilean players are hugely talented and their mid-field will trouble many a fancier opponent. However, the commitment to finishing the bold and smart moves with something even remotely resembling a big chance or goal was almost off the menu during the Wednesday’s match. Chilean players would routinely drill the Honduran defences, only to adopt an “I don’t care approach” in the penalty box itself. Even the winning goal fits that profile: a brilliant, prophetic move that ended with Mauricio Isla crossing to Juan Beausejour, who needed the help of Honduran defender Sergio Mendoza to push the goal over the line. Chile is almost certain to push into the next round now, as we can’t see Switzerland hurting them much. Their professional display saw them winning points with no injuries and no major hassles. They are in the sweet spot right now.

As for Honduras, well, at least one team should fit the Olympic movement’s founder Pierre de Coubertin’s famous words: “The important thing in life is not the triumph but the struggle, the essential thing is not to have conquered but to have fought well.”

Here are the match notes

It’s Central vs South America here at the Mbombela Stadium in Nelspruit.

Chile’s Speedy Gonzalez, the mesmerising CSKA Moscow striker, starts on the bench today. Honduras is the first country in the World Cup to include three brothers in its squad.

It’s been all Chile in the first seven minutes.

Perfect conditions for today’s match, which is more than I can say of Johannesburg. I already miss KwaZulu-Natal’s humidity.

Is it just me or does Honduran assistant coach Mendoza look like Barack Obama?

Honduras can’t get any sustained possession, even though their defence is solid.

The end of first half comes at the wrong time for Chile, but they should be able to get back on top of Honduras in the second half.

There’s a chap with a banana headdress in the crowd. Well, we are in South Africa’s banana province, in more ways than one. Honduras have clearly lost all wind in their sails, allowing Chile to play crosses deep into the Honduran penalty area.

A defensive swap by Chile. Looks like they’re looking to protect their lead, rather than fighting for a second goal. Did the Slovakia vs New Zealand game teach them nothing?

The Honduran fans are praying desperately. Not that I blame them, this being their first World Cup appearance in 28 years. Moments like this will bring religion out in you.