Obama revs up for a defining moment from the Oval Offic...

Obama revs up for a defining moment from the Oval Office 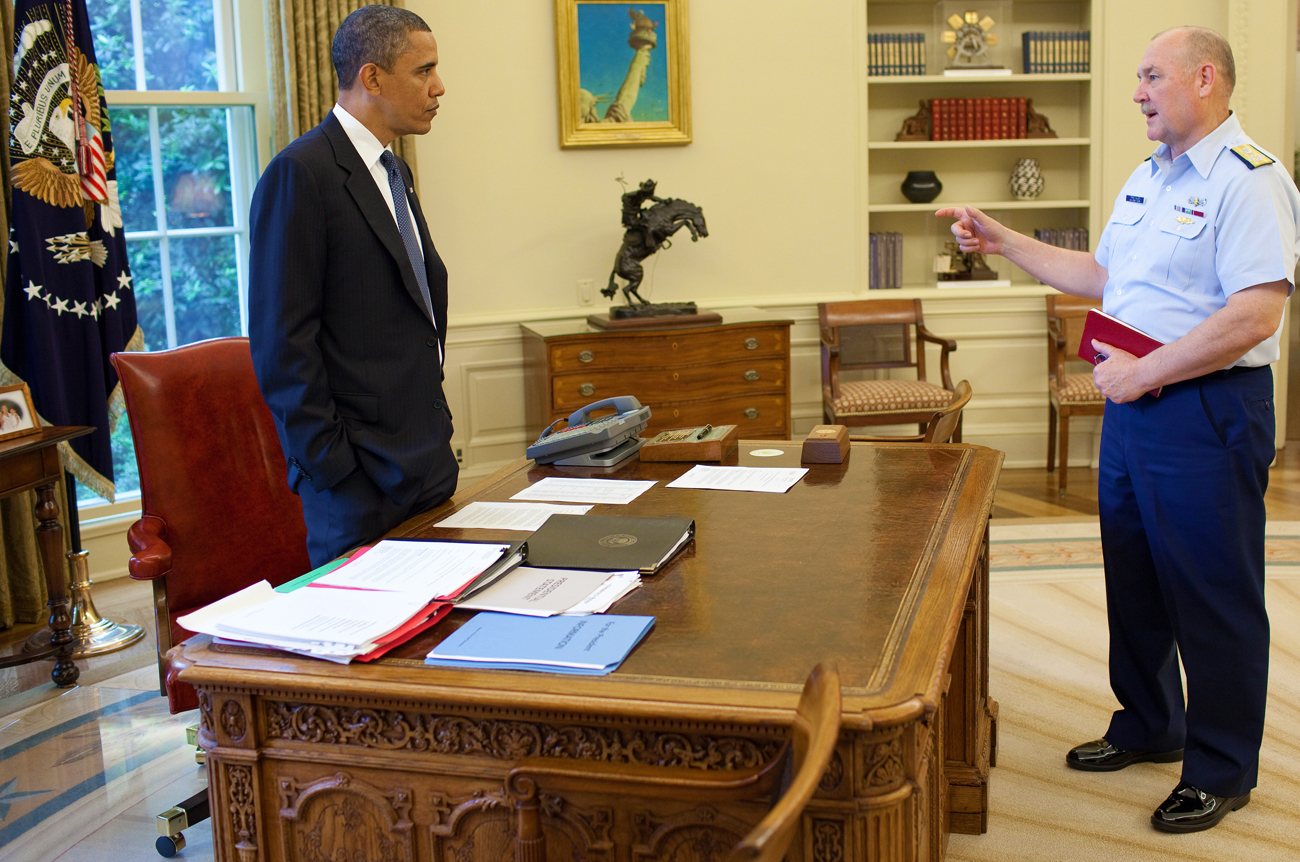 After two days of sweating through a visit to the oil-drenched Gulf of Mexico coast and looking solemnly at tar balls, oil-stained sand and workers toiling in the summer heat in haz-mat clothing, Barack Obama is poised to address the US from the White House's iconic Oval Office in a speech that may well define his presidency.

A location intimately familiar to watchers of “The West Wing”, the Oval Office is the most emotionally freighted space in American politics. It is where presidents deliver the really bad news, where they summon the nation to join together in global struggle and where they call upon the nation to reach for a higher national purpose.

Sitting behind that office’s solid oak desk, it becomes a moment of solemn, straight talk – and a chance to speak to history as well. The setting itself helps create a sense of gravitas. The president, by himself, all alone, faces his entire national – and even global – constituency this way. George W Bush spoke from there on the evening of 11 September 2001. Ronald Reagan spoke from there after the space shuttle Challenger exploded. From there John F Kennedy grimly explained the Cuban missile crisis and, of course, Richard Nixon announced his resignation from that same space.

Based on comments during his recent time in the Gulf region and other hints, Obama is expected to set out the full extent of the effort needed to undo the catastrophic environmental damage that continues to flow from the explosion at BP’s undersea oil well, the Deepwater Horizon in the Gulf of Mexico on 20 April.

This speech will be the first time Obama uses the Oval Office to explain how his administration will marshal the resources and willpower to end the spill and start restoring the Gulf’s fisheries, bird life and natural beauty befouled by hundreds of millions of gallons of oil. And to those in the Gulf whose livelihoods have been disrupted or destroyed (as well as those who lost family members in the accident on the drilling platform), Obama is expected to promise that their losses will be paid for from a stand-alone compensation fund he is going to insist BP establish.

Given the build-up to the speech as well as the actual crisis itself, Obama’s presidency may well be judged by the decisions he announces, the policies he proposes and, perhaps crucially, the sense of a full-on national government commitment he conveys during the 15-minute address. His success or failure as a president may well be judged on the basis of this speech and the actions that flow from it, every bit as much as his predecessor was judged by the efficacy – or lack thereof – of his response to the havoc wreaked by Hurricane Katrina in 2005 in the same region.

Simultaneously, observers say Obama will seize the opportunity to push Congress to enact broad new energy and climate legislation to nudge the country away from its dependence on petroleum (oh yes, we’ve heard that before, time and time again), putting his stamp on national energy policy for years to come.

Finally, this speech is the scene-setter for his showdown on Wednesday with the top dogs at BP. All of this is part of Obama and his administration’s efforts to demonstrate he has the requisite fire in his belly to confront this crisis and bring the full weight of federal power to bear in dealing with it decisively and that he is truly in command.

White House sources have said Obama’s latest trip to the Gulf, his fourth since the crisis began, has given him the direct experience and personal insights that will fuel his speech and his meeting with the BP executives. Or, as Obama told the media, “We’re gathering up facts, stories right now, so that we have an absolutely clear understanding about how we can best present to BP the need to make sure that individuals and businesses are dealt with in a fair manner and a prompt manner. I am confident that we’re going to be able to leave the Gulf Coast in better shape than it was before.”

For more, read AP, The New York Times and The Washington Post.