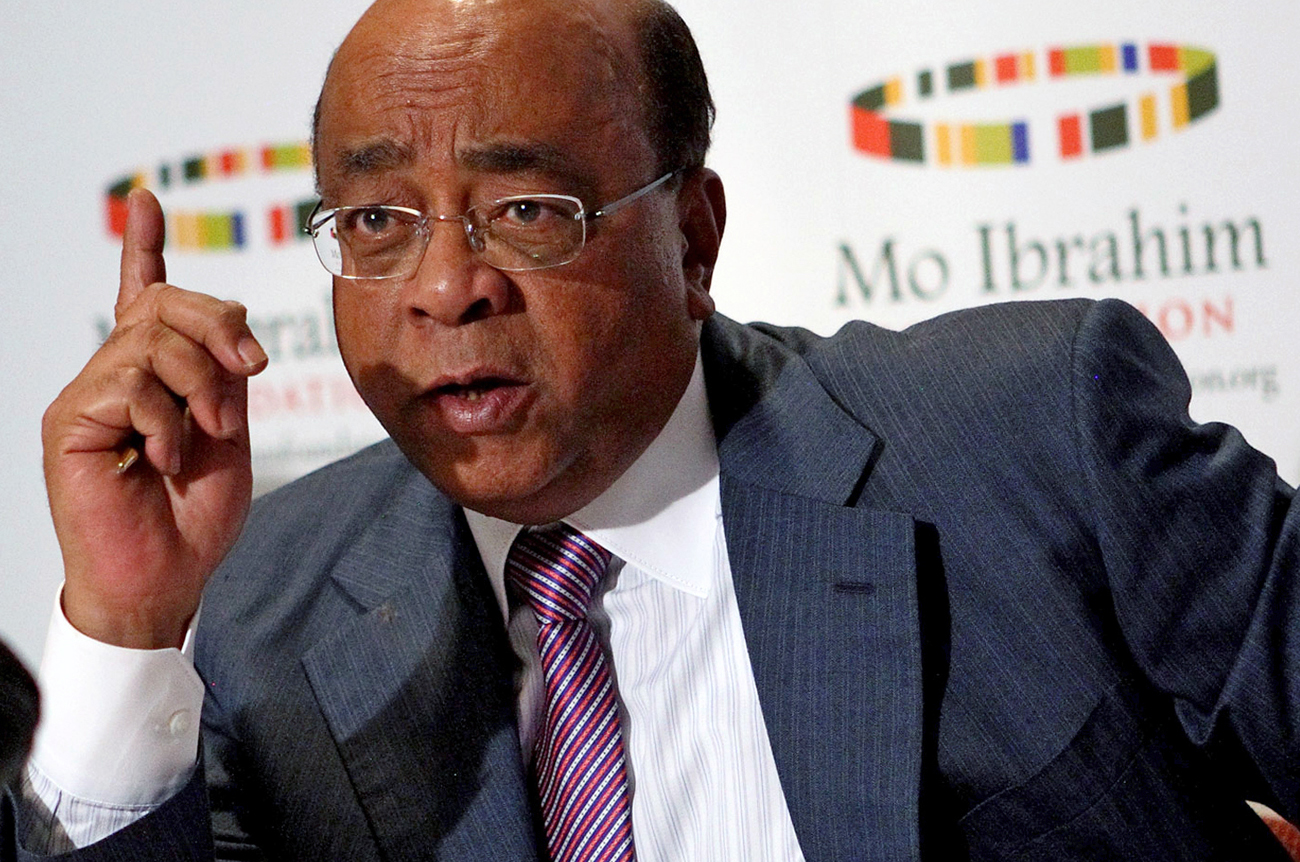 For the second year in a row, The Mo Ibrahim Foundation has decided not to award its signature prize to an African ruler who was democratically elected and then agreed to – and actually did – leave office without being nudged by bayonets.

The prize was created by Sudanese businessman Mo Ibrahim for African ex-leaders to encourage good governance on the continent. Before funding this prize and his eponymous foundation, Ibrahim made his pile in the mobile communications industry. Winners receive $5 million over 10 years, and then $200,000 a year for life.

The Ibrahim Prize is awarded to a democratically elected former African executive head of state who has served his or her term in office within the limits set by the country’s constitution and has then stepped aside in the past three years. In explaining the current dearth of winners, Ibrahim said “the standards set for the prize-winner are high”, and added that since last year no new candidates had emerged who met the core criteria.

In its official statement, The Mo Ibrahim Foundation explained why 2010 is a repeat of 2009. “It is likely that there will be years when no prize is awarded. In the current year, no new candidates emerged.” This year’s winner was supposed to be announced on Monday, but then, on Sunday, the seven-member prize committee, led by former UN secretary general Kofi Annan, didn’t name anyone.

And so, trying again to make lemonade out of its lemons, the foundation added: “Many African countries are making great strides not just economically, but also in terms of their governance. The Ibrahim Index, which measures the performance of African countries across 80 criteria, indicates that the overall standard of governance is improving. Nevertheless, the Foundation is anything, but complacent about the standards of governance in Africa…[and] it is clear much more needs to be done. [Therefore] the Foundation has decided to promote complementary initiatives. The Foundation will shortly be launching the Ibrahim Leadership Fellowships to identify and prepare the next generation of outstanding African leaders by providing them with mentoring opportunities in key multilateral institutions.”

This year’s decision, can easily be interpreted as another black-eye for the strength of democratic traditions in Africa. While a growing number of African states now have nominally democratically elected governments, the democratic tradition – except for Botswana, Ghana, Mali and South Africa – remains tenuous at best.

Despite not awarding a prize for two years, Ibrahim insists it remains relevant because so many leaders of sub-Saharan African countries come from poor backgrounds and are tempted to hang on to power for fear poverty awaits them if they step aside. Unstated, but implicit, is the hope the prize can dampen enthusiasm for kleptocratic tendencies by leaders.

For more, read the BBC, Al Jazeera and the Mo Ibrahim Foundation’s website.