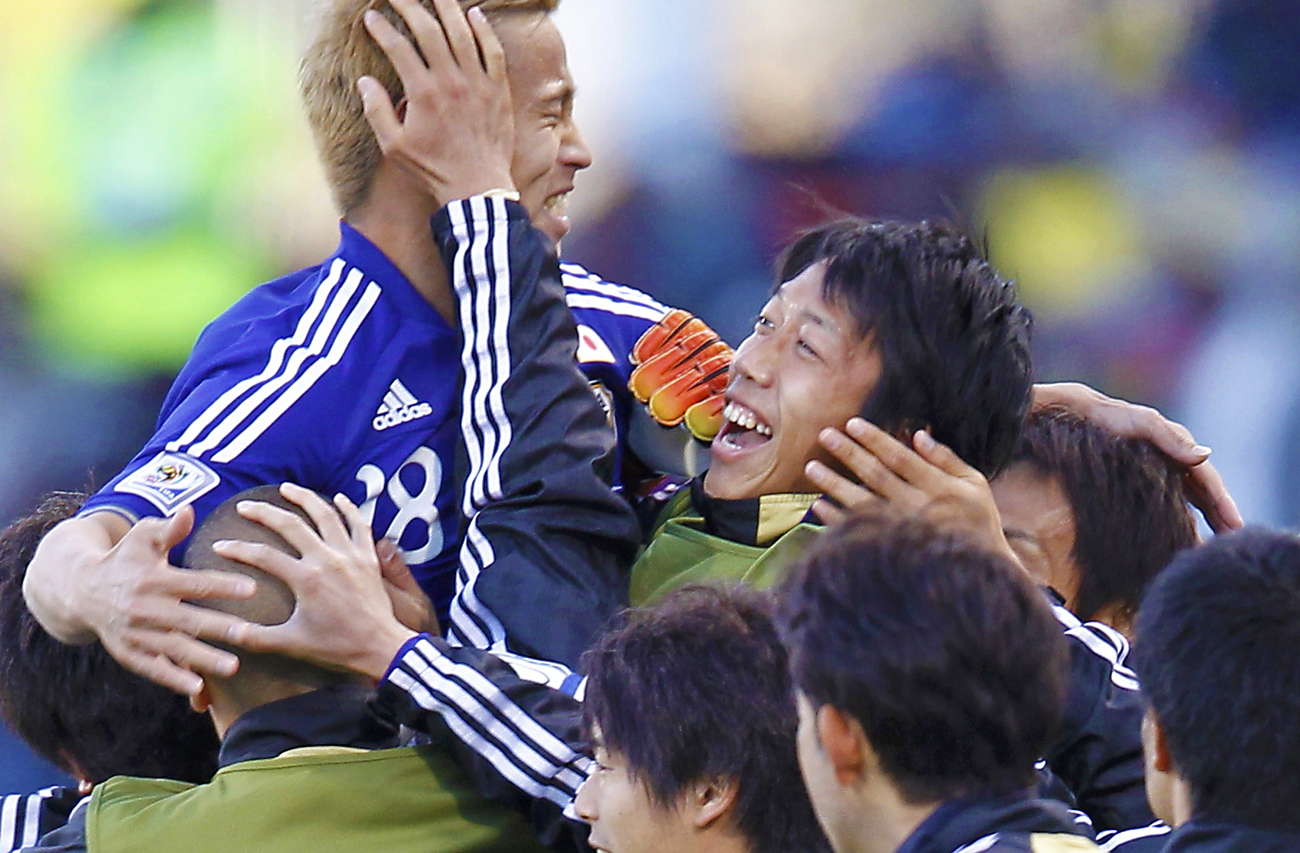 Japan have never won a World Cup match outside of Japan before, but today they brought the Indomitable Lions crashing down with a great display of defensive play and some nimble footwork, 1-0.

But first and foremost it was a poor performance from Cameroon, and the coach Paul Le Guen has much to answer for in that regard. Samuel Eto’o, one of the best players Africa has ever had, was relegated to the right midfielder position. He was lost out there, barely seeing the ball and unable to affect the game in the way he knows best. Why wasn’t Eto’o played up front? Only Le Guen knows the answer to that question and there are probably a few million people that are very eager to hear his explanation. Eto’o’s disappointment at not being played in his normal position was clear as he sulked around the field.

Throughout the match, the Cameroonian midfield lacked creativity, vision and direction. Again, Le Guen’s decision not to play Alexandre Song, who had a phenomenal season with Arsenal, came back to bite Cameroon this evening. The Cameroonian side is also at least a head taller than the Japanese team, to a man, but won precious few of the aerial balls. Where is the energy, the fire, the motivation in their game tonight? Perhaps the persistent rumours of dissatisfaction in the Cameroonian camp were not so far fetched.

And yet, full honours to Japan for fighting hard for this one, and being the more determined and disciplined side. By defeating Cameroon, they put themselves in a great position to advance to the next round. Here are this reporter’s notes:

The Cameroonians are taller and stronger than the Japanese, so we can expect quite a few crosses, corners and free kicks as the Africans seek to use that advantage.

Japan is repeatedly being caught by the Cameroonian offside trap.

Neither team’s defence has been impressive. A lack of organisation and communication seems to be the general problem. Absolutely pathetic defending from Cameroon. Honda was unmarked, and Eto’o was a disinterested spectator, standing behind the Japanese attackers. Shocking behaviour from a team captain.

Assou-Ekotto’s jocks are showing, and there’s a label hanging out of his pants. Surely there’s a rule against that somewhere? There ought to be.

End of the first half. Well, there hasn’t been much action, has there? At least we have a goal. Whatever Paul Le Guen said to the Cameroonian team at half time, it worked. Almost. They’re more urgent in attack, but that has not yet translated into goals.

Cameroon is committing up to six players in attack, leaving only four in defence. It’s quite a risky move, but Cameroon need to throw all they have into attack.

Japan are digging in, defending deep and hoping hold their precarious lead. They’ve never won a World Cup match outside Japanese soil, so this will be a first.