The World Cup Day that was: 12 June

The World Cup Day that was: 12 June 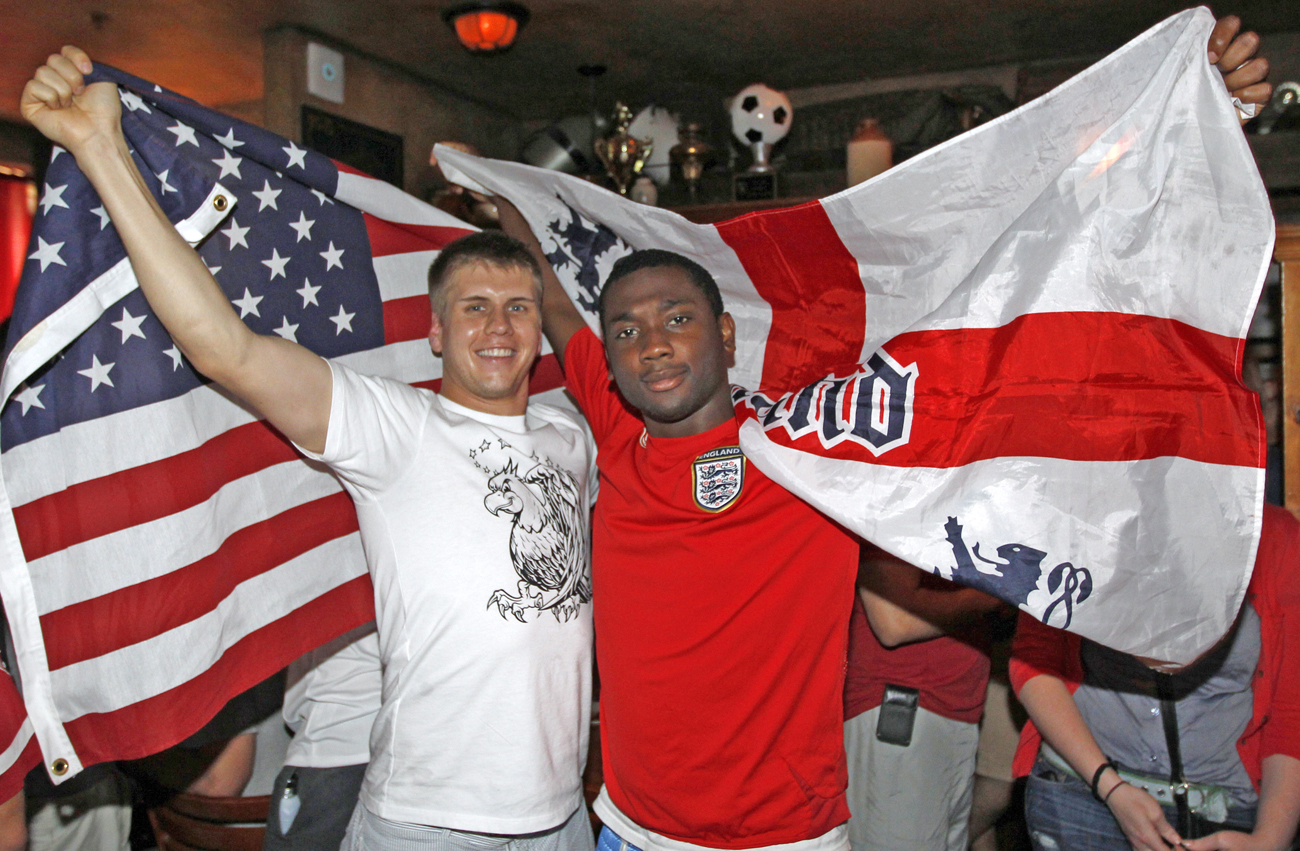 The two men who robbed three Portuguese and Spanish journalists in Magaliesberg on Wednesday were sentenced to 15 years in jail on Saturday. It was an armed robbery, which goes some way towards explaining the long sentence. Nonetheless, locals may raise an eyebrow at the swift and harsh punishment meted out by our courts now that Fifa’s taken charge of our justice system, if only because we’re so unaccustomed to such efficiency. What are the chances it’ll last beyond 11 July?

Meanwhile, the Uruguayan team declined to press charges over money stolen from their hotel rooms during Friday’s match when it emerged that “a person from the team’s retinue” was the guilty party. So, it’s not only us Africans who are thieving scum. #justsayin’.

Greece and South Korea squared off in the first match of the second day of the World Cup. The Greeks had never scored a World Cup goal before, and they still haven’t. South Korea struck early – in the seventh minute – and sealed their victory with another in the 52nd minute, to finish the game with a 2-0 scoreline. They also secured the honour of recording the first win of World Cup 2010. Greece never looked like putting up much of a challenge, and with Argentina and Nigeria also in Group B, it’s pretty certain that they won’t make it through to the next round. Shame.

As Nigerian fans gathered at Ellis Park to watch the Super Eagles take on Argentina, several of them were very unhappy at not being allowed to take their lucky chickens (painted green, of course) into the stadium. The match might’ve turned out differently had the chickens been clucking their support. But probably not. Heinze scored in the sixth minute, and it was only due to the superhuman efforts of Nigerian goalie Enyeama that Argentina didn’t kick a few more balls to the back of the net. The world’s top-ranked player, Lionel Messi, was goalless, but chances are he’ll remedy that in his team’s next match.

US President Barack Obama and UK Prime Minister David Cameron spoke on the phone for half an hour on Saturday, reportedly about the oil spill in the Gulf of Mexico. Whatever, we all know they were really indulging in some smack talk before the big game in Rustenburg. The 1-1 result probably meant neither of them lost money, or islands, or whatever it is world leaders bet these days. One might be tempted to say that England followed Bafana’s lead in allowing the USA a draw, but this wouldn’t be true. The draw was simply the result of a goalkeeping howler by Robert Green that’s guaranteed to have made the front pages of every single UK newspaper on Sunday morning

South Korea has accused North Korea of illegally broadcasting Fridays’ opening game of the World Cup, alleging that a pirated recording was shown. South Korean broadcaster SBS says it has the rights for the entire Korean peninsula and has not authorised its northern neighbour to broadcast the matches. In 2006 South Korea provided free broadcasts of the German World Cup to North Korea, but after a certain incident involving a submarine, that was never going to happen this time. Perhaps North Korea’s defence ministry and sports ministry should have a talk about coordinating their strategy. Meanwhile, in a much more serious broadcasting-related gaffe, British viewers watching the USA-England clash on ITV HD, missed the only English goal of the match, as the broadcaster switched to an ad break just as Gerrard made his play. We forecast more than one cancelled subscription.

How far would you travel to watch your soccer team play? Devoted UK fan Dave Barrett, now living in New Zealand, flew from Auckland to Joburg via London in an emergency passport dash, when he realised his travel document didn’t have a free page to allow him entrance into South Africa. The epic journey was more than 28 000km, and his new ticket cost $3 430. But Barrett did have some luck on his side – there aren’t many countries in the world where you can queue for three hours and get a new passport just like that. Even Barrett’s girlfriend supported his quest, though she might not be so happy when the credit card statement arrives.